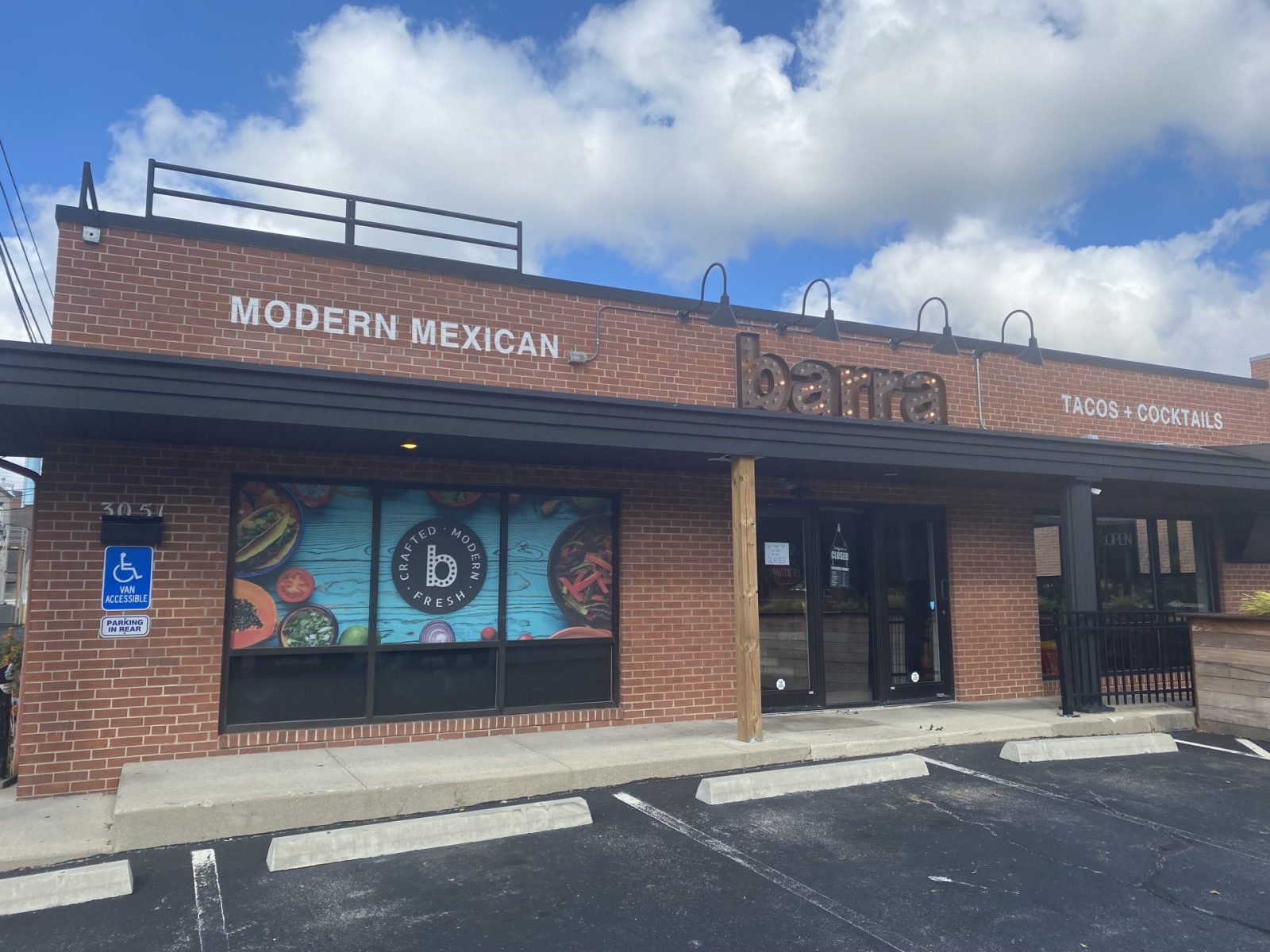 Barra Tacos (not to be confused with Barrio Tacos) has shuttered its only Central Ohio location, according to a sign posted to the eatery’s front door.

The restaurant, which was located at 3051 Northwest Blvd., opened its only Central Ohio restaurant in early 2021.

While the eatery still lists this location on its website, and its Facebook page has not acknowledged a closure, a sign on the restaurant’s front door this morning reads “We thank you for your support. Closed.”

Its hours of operation were also removed from its front door and replaced with another sign that reads “Closed.”

Although they weren’t a fixture in Central Ohio for long, Barra has been serving its version of contemporary Mexican cuisine to other portions of the Buckeye State since 2017, when its first location opened in Sandusky. The concept also operates a restaurant in Amherst.