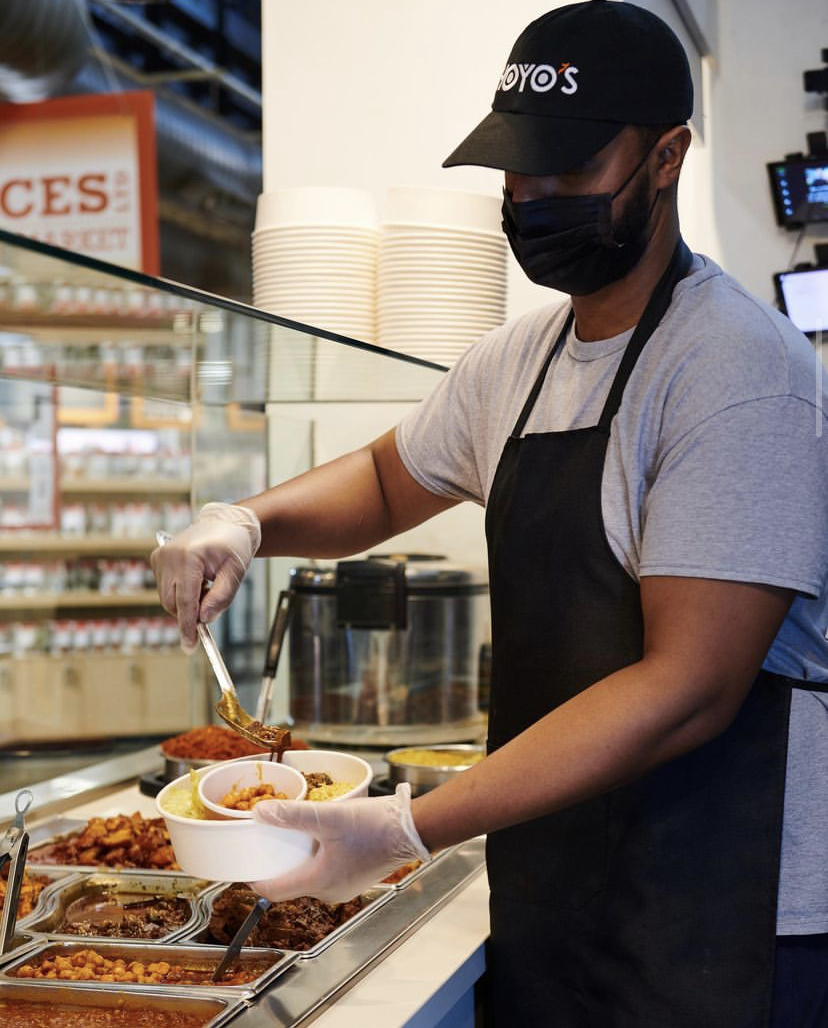 Hoyo’s Kitchen is preparing to open a brand new Columbus-area location, while the future of another one of its eateries is unclear.

The popular Somali concept will be one of the handful of exciting food and drink vendors opening in New Albany’s Bubbly Hall next month.

Bubbly Hall, which is located at 6031 Central College Rd., will officially open its doors to the public on Dec. 14. Within Bubbly Hall, Hoyo’s will be joined by The Cheesecake Girl, Faye’s Crepes, Seoul Food on the Go and more.

According to Hoyo’s Kitchen co-owner Mohamed Hassan, while the eatery is expanding into New Albany, the fate of one of its Columbus restaurants is still being decided.

Hoyo’s location at 5788 Columbus Square is currently closed to the public, Hassan said. He added that the eatery is being used today as a prep facility, often for larger events and weddings that Hoyo’s caters. He said internal discussions are still ongoing about what will be done with this restaurant, meaning a future reopening is possible.

We’ll keep you up to date when we know more.