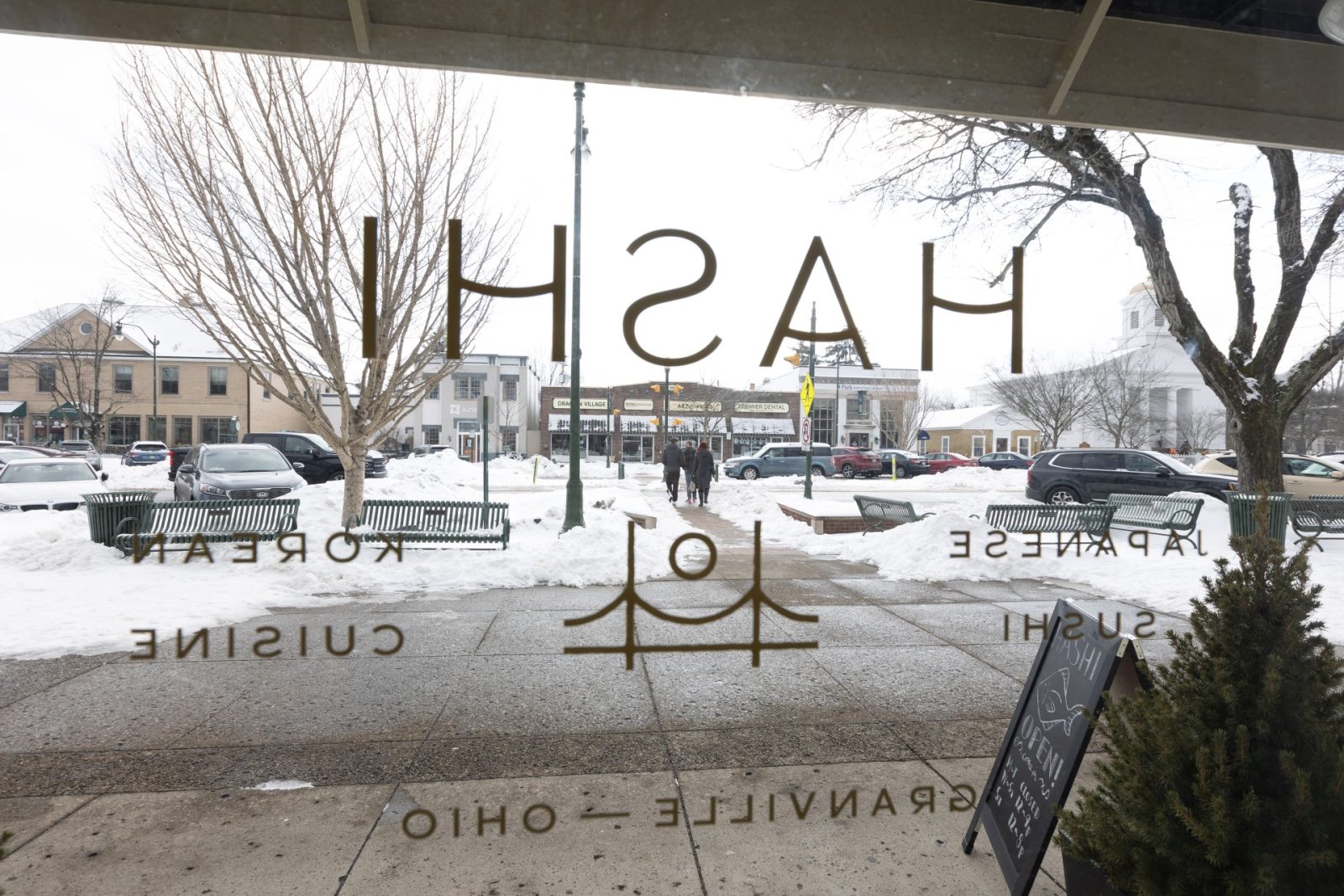 Since opening at the end of September, Hashi in Granville has been building bridges between cuisines, cultures, and communities, bringing Korean dishes and sushi to the heart of town.

Hashi is the dream of two sisters, Sukye Baldwin and Sukhee Choe, emigrants from Korea who were eager to share their ancestors’ recipes. And, thanks in large part to Sukye’s son Steven Baldwin, that dream has become reality.

She and her sister looked around the Columbus suburbs for a location, until Baldwin said “If you’re going to do Korean, go where there’s lots of Koreans.” Granville seems an unlikely answer to that idea, until you count Denison University and its large international student population.

One day, the sisters brought a lease, in a manila envelope, to Baldwin’s house. The property was on Broadway, Granville’s main street, and it needed work.

Fortunately, Baldwin’s career experience in graphic design, marketing, real estate investment, and construction gave him a solid platform to step in and help bring the restaurant to life.

Unfortunately, sushi wasn’t an easy addition. “After searching high and low for a sushi chef in Licking County, I’d come to realize that there’s no such thing,” he said, laughing.

A family friend from New York helped him start a sushi program, then handed it off. Baldwin’s long-term solution to his sushi-chef problem was to cross-train Hashi’s kitchen staff. Now, all of Hashi’s cooks can perform double duty in the kitchen and as sushi chefs.`

All of the Korean recipes come from Sukye Baldwin and Choe, handed down through generations of family and now shared with a new community. Some of the most popular dishes are the Korean hot stone bowls with portions of spinach, mushroom, kimchi, protein (or barbecued cauliflower), carrots, and rice, topped with a fried egg and gochujang sauce.

Choe, a chef, trained the cooks in preparing the family recipes, and Sukye Baldwin was, her son says, “a cheery, front-of-house person.” Now, though, they’re happy to step into the background and let modern efficiencies take over.

Granville’s tight-knit community has proved to be essential in staffing. “We’ve had a lot of support from the community, high school students and some of their parents. And there’s a lot of older servers in the area who have come on board and brought friends and bartenders. We’ve been lucky.

“Definitely the Granville community’s been huge and supportive of everything,” he continued. And, with Hashi drawing a clientele from beyond Granville’s borders as well as within, it’s poised to build some impressive bridges.

If you like this, read: Ultra-trendy Korean corn dog restaurant likely opening in Short North next month