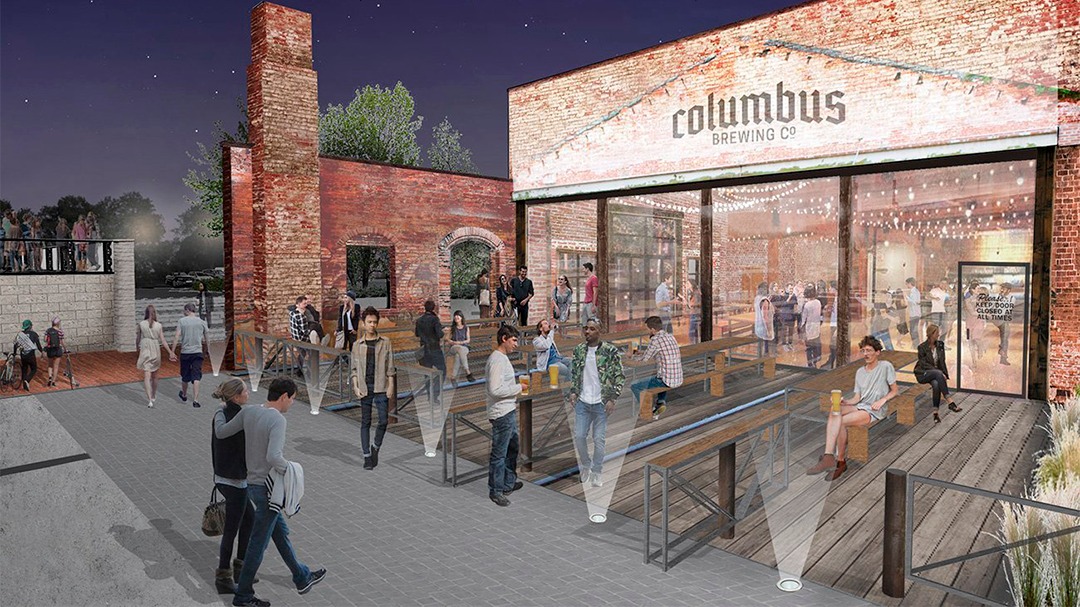 While Columbus Brewing Company serves some of the best food and beer in the entire city at their Harrison Road brewpub, for those of us not in the area, getting to the West Side can feel like a trek.

But now, CBC is coming to the Near East Side.

Earlier today, Columbus Brewing released the details of a brand-new 13,000 taproom and restaurant that’s coming to the Trolley District Development, near the newly-opened East Market.

It’s unclear when the new spot plans to open, but CBC noted details for its soft and grand openings are coming soon. The brewery did share several construction progress photos of the space.

The new location will also feature a large patio complete with fire pits and a view of the bustling East Market.