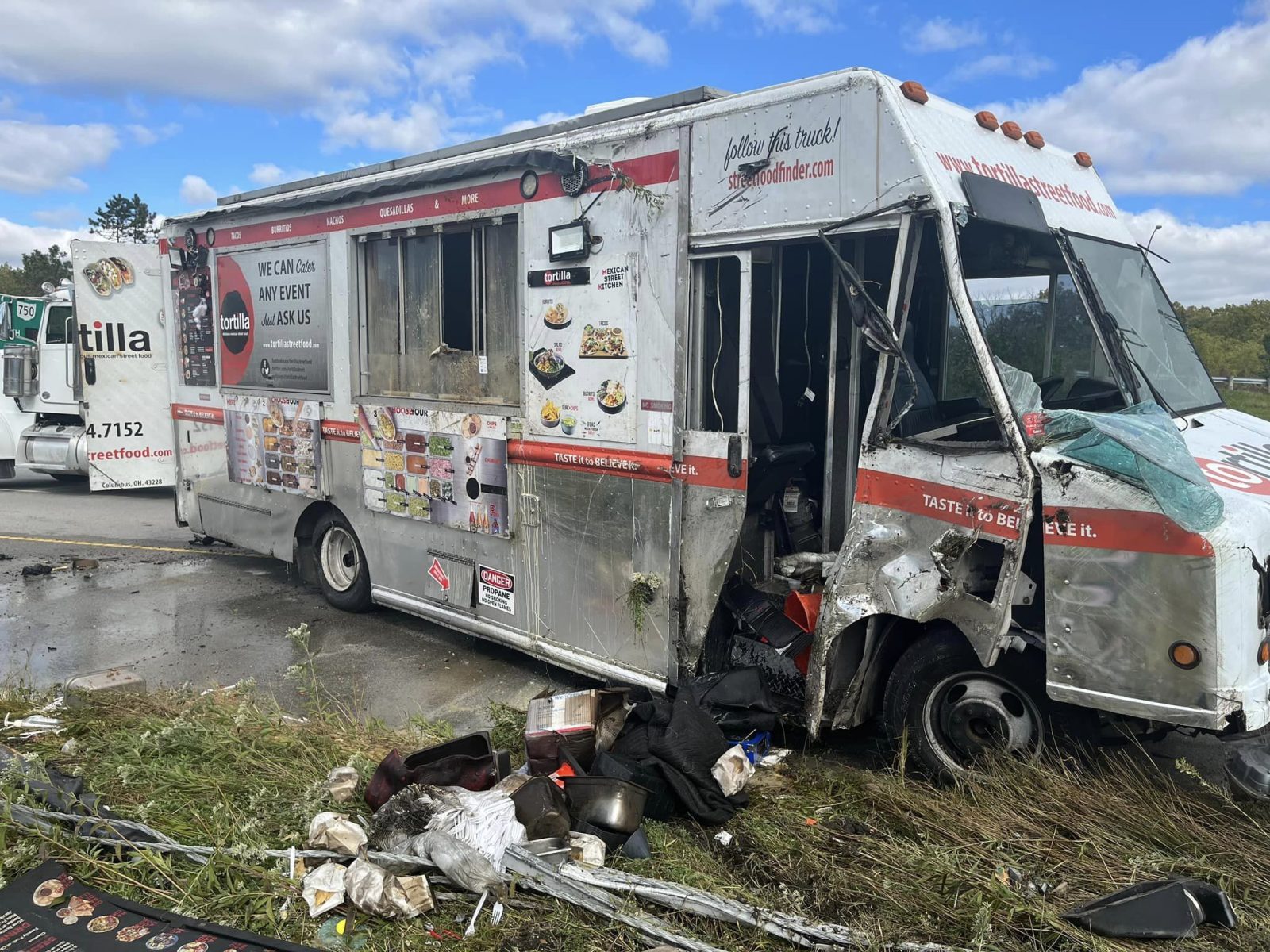 Man intentionally crashes car into another vehicle after altercation with driver

Walter Eguez, owner of the long-standing Columbus food truck Tortilla Street Food, never imagined he would receive a phone call like the one he did late last month.

“On our way to dinner on the 315 freeway, a big mattress flew from a truck in front of our food truck and my truck went over the big mattress and my driver lost control,” he said. “My driver could not go around the mattress since there were cars next to him so he tried to avoid hitting other cars.”

The driver managed to avoid striking the nearby vehicles, but in the process lost control of the truck, which caused it to flip.

Images captured at the scene of the crash show just how much damage the vehicle incurred.

“It was brutal for me to see my truck, so much work, time, and money that goes into building this food truck business and in one day it is all gone,” Equez said

While the food truck owner noted the incident itself was “terrifying and overwhelming,” the process of recouping his losses has been a serious challenge in its own right. He has full insurance coverage for the damaged vehicle (in addition to two other food trucks), but the insurance process is tedious and time-consuming, he noted.

“On our end, we need to figure out how to keep our employees with jobs, we need to cancel a month of events that the truck had scheduled already since we still do not know what to do yet. We might need to build or buy a truck that is already built, we do not know yet , we are searching for options now,” Egeuz said. “It is so sad to lose part of your business so fast, and I just need to be strong and try to solve this situation as quickly as possible so we can continue to push forward.”