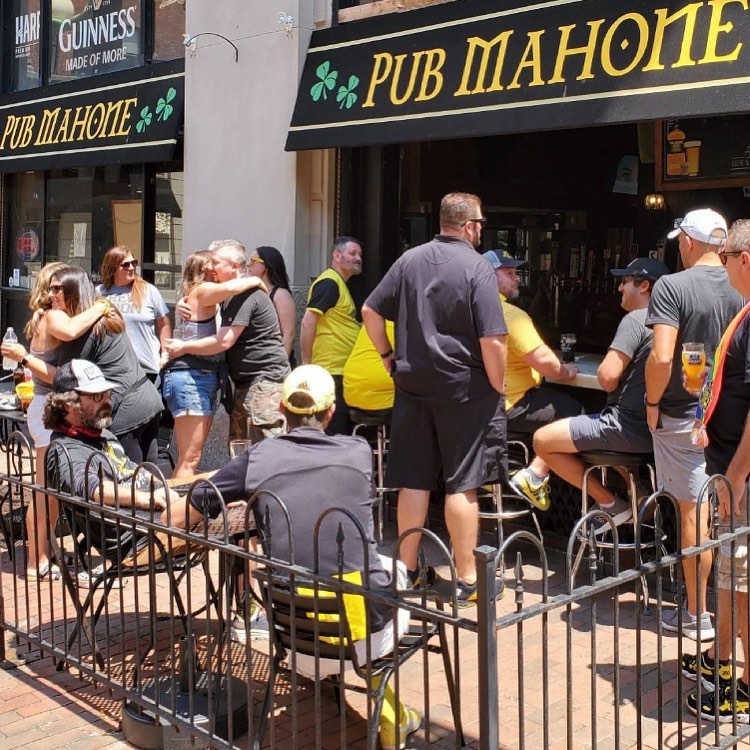 In a letter to customers displayed in the window of Pub Mahone, the establishment’s ownership cited price increases as the reason the Irish pub will not renew the lease at its current location, 31 E. Gay St.

“We never felt it right to increase prices or impact our customers or team members more than what they already had been in life,” the letter reads. “We attempted many times to work with our vendors and lessor in attempt to lower our overall operating costs, but it was to no avail.”

The lease at Pub Mahone will expire at the end of March.

While the pub will not resume operations at its current location, the letter did note it hopes to open at a new location on a later date, although no details about this plan were released.

“We have no plans on saying goodbye but more see you later at another time and another place,” the letter reads. “We are working on a plan that  will allow us continue our dreams and hope to be able to share this with everyone in the future as we work with like-minded people who want to see everyone succeed.”

The pub will also remain opening throughout St. Patrick’s Day, and aims to make this year’s celebration “one to remember.”

If you like this, read: After nearly 30 years, this iconic downtown pizzeria is relocating and rebranding