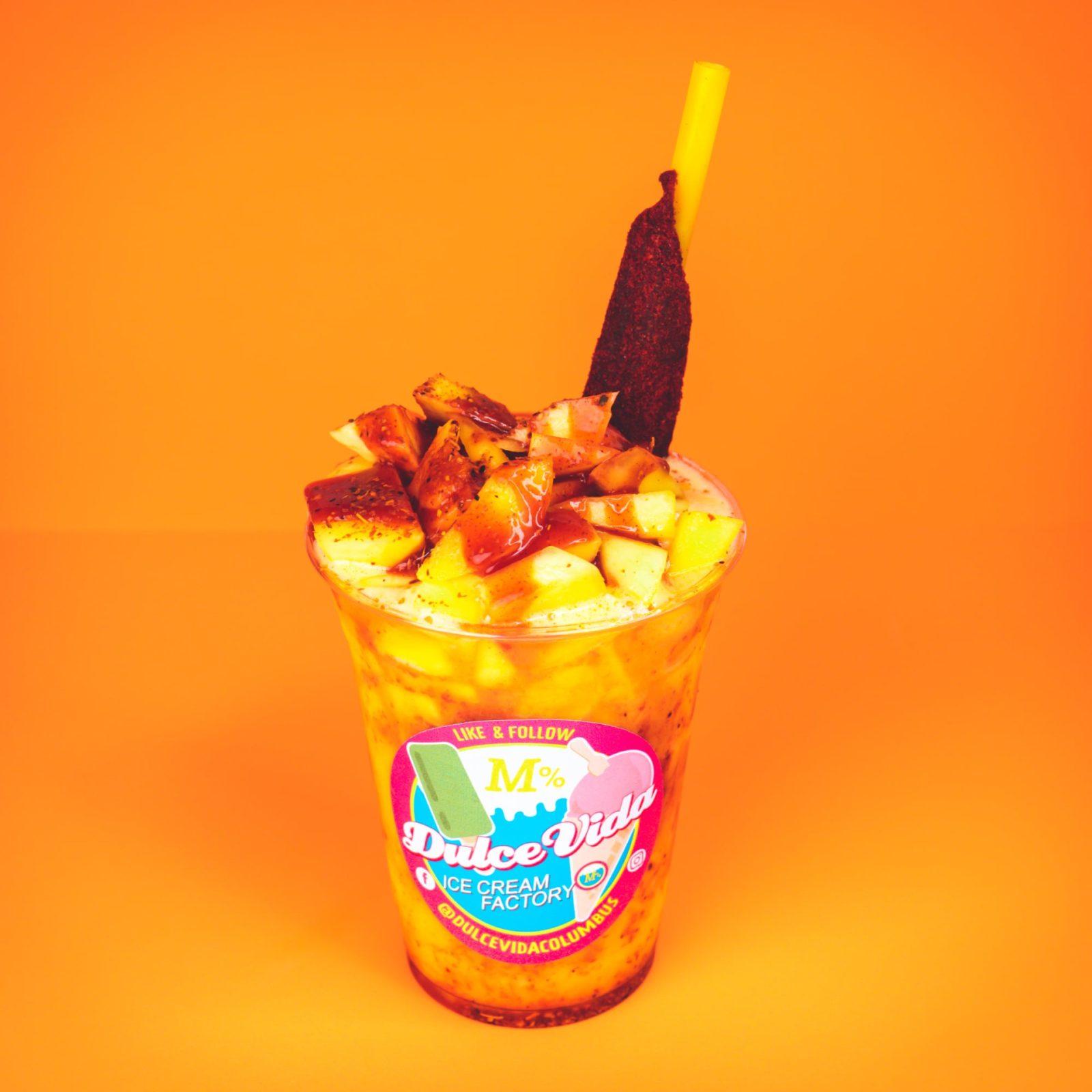 While summer doesn’t officially arrive until the latter half of next month, it sure feels like the season is here now. So both in honor of the warm weather–and also sort of in spite of it–we’ve rounded up a handful of our favorite cold desserts that make the perfect compliments to a hot day in Columbus. Because there are about to be plenty of them.

While this Clintonville spot is usually known for its indulgent baked goods, one of its signature drinks is what we’re focusing on here. Starting with a cold brew base from Thunderkiss Coffee, this cool treat incorporates milk that has been soaking up the flavor from Cap’n Crunch and Frosted Flakes. It also adds sprinkles, whipped cream and Lucky Charms marshmallows. For good measure.

One of the newest culinary additions to The Short North is The Yard Milkshake Bar. Equal parts flashy and indulgent, its enormous ice cream creations hold very little back, and the Salted Caramel Cheesecake Milkshake is no exception. It starts with Caramel Cheesecake Cookie Monster and Salted Caramel ice cream and is topped with whipped cream, drizzles of chocolate and caramel sauce, and an entire slice of New York cheesecake.

There are so, so many options to pick from at Dulce Vida, the artisanal Mexican ice cream vendor that just opened its fourth location on the city’s Northwest Side. From 40 different ice cream flavors to churros, fruit popsicles, elote and more, the menu can be overwhelming, so we’ll recommend one of our picks: the Mangonada. This cold drink incorporates tons of fresh mango pieces, mango sorbet (or any other sorbet flavor you’d like) and a health serving of chamoy.

This popular Ohio-based ice cream vendor isn’t going to reinvent the wheel like some of these other items, but its annual secret flavors sure are a lot of fun to dig into. Every summer, Graeter’s releases its line of secret Bonus Flavors, the identity of which is hidden until the day they’re released. There are currently five of them this year. The first, Strawberry Cheesecake–which  contains cheesecake ice cream with strawberry and graham cracker crust pieces–was released on May 16 and is currently available in Graeter’s stores and online.

While it’s hundreds of miles away from Philadelphia at its brand-new brick and mortar storefront in Gahanna, Marlow’s Cheesesteaks is still staying true to the roots of its owners by offering an alcohol-infused riff on the frozen Philly treat water ice. Similar to Italian ice but with a smoother, creamier texture, these frozen drinks can be served in a variety of flavors, like watermelon margarita and lemon drop.