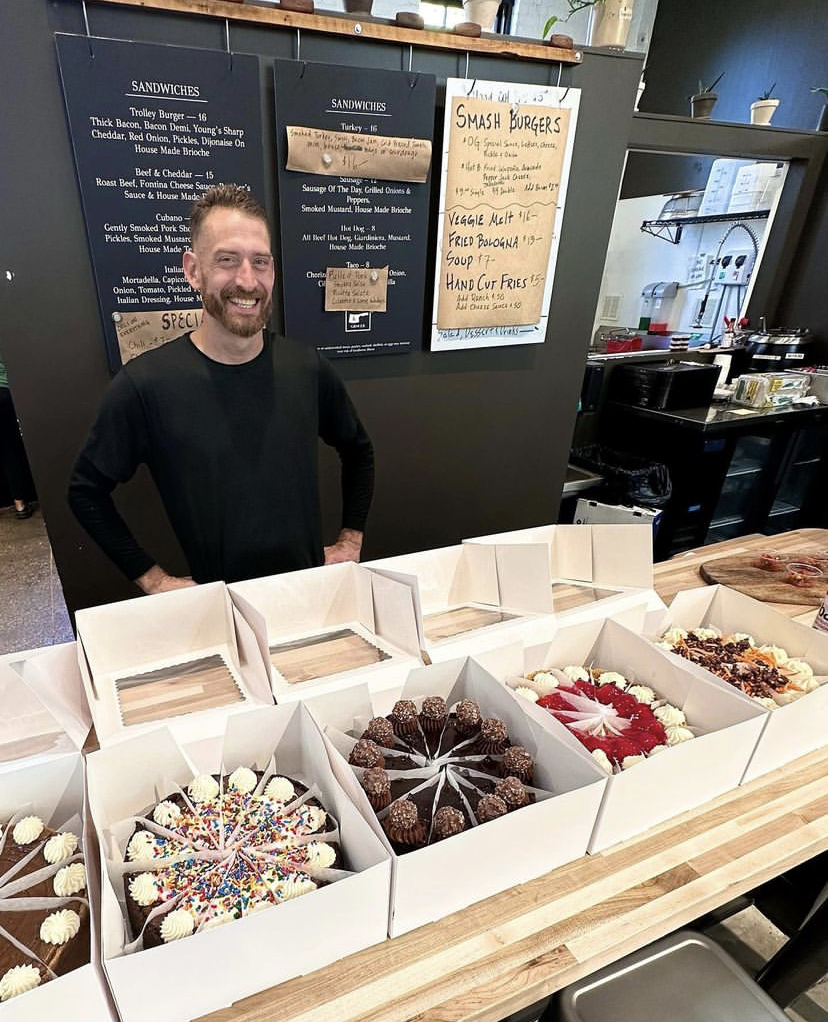 Things have gotten a whole lot sweeter at the East Market as of late.

That’s because The Bearded Baker is churning out a whole lot more of its raved-about desserts from the space, and owner Matt Estep doesn’t plan to slow down anytime soon.

Estep, an employee of The Butcher & Grocer, began selling cheesecakes through his employer’s East Market vendor stalls when the space opened this spring. Lately, however, he’s been expanding production and is growing toward a permanent home.

Earlier this month, he began sharing space in the East Market with his employer, occupying a portion of the Butcher & Grocer’s multiple stalls. This means that the Butcher & Grocer will remain fully operational within the marketplace, but the gourmet cheesecake vendor will be given a brick and mortar hub, and made much more accessible.

“I hope to work something out in the near future where I have my own space to myself, however right now I love the situation I’m in with [Butcher & Grocer owner] Tony [Tanner] at the market,” Estep said.

He added that Bearded Baker signage is currently in the works, and should be up at the market in the next several weeks, making it easier for East Market guests to get a sugar fix.

As a concept, The Bearded Baker was created a year and a half ago, but Estep has been crafting cheesecakes for Columbus eateries over the last decade. In addition to the East Market, you can find his desserts at Gallo’s Pizza, The Woodbury and Cardinal Pizza in Westerville.