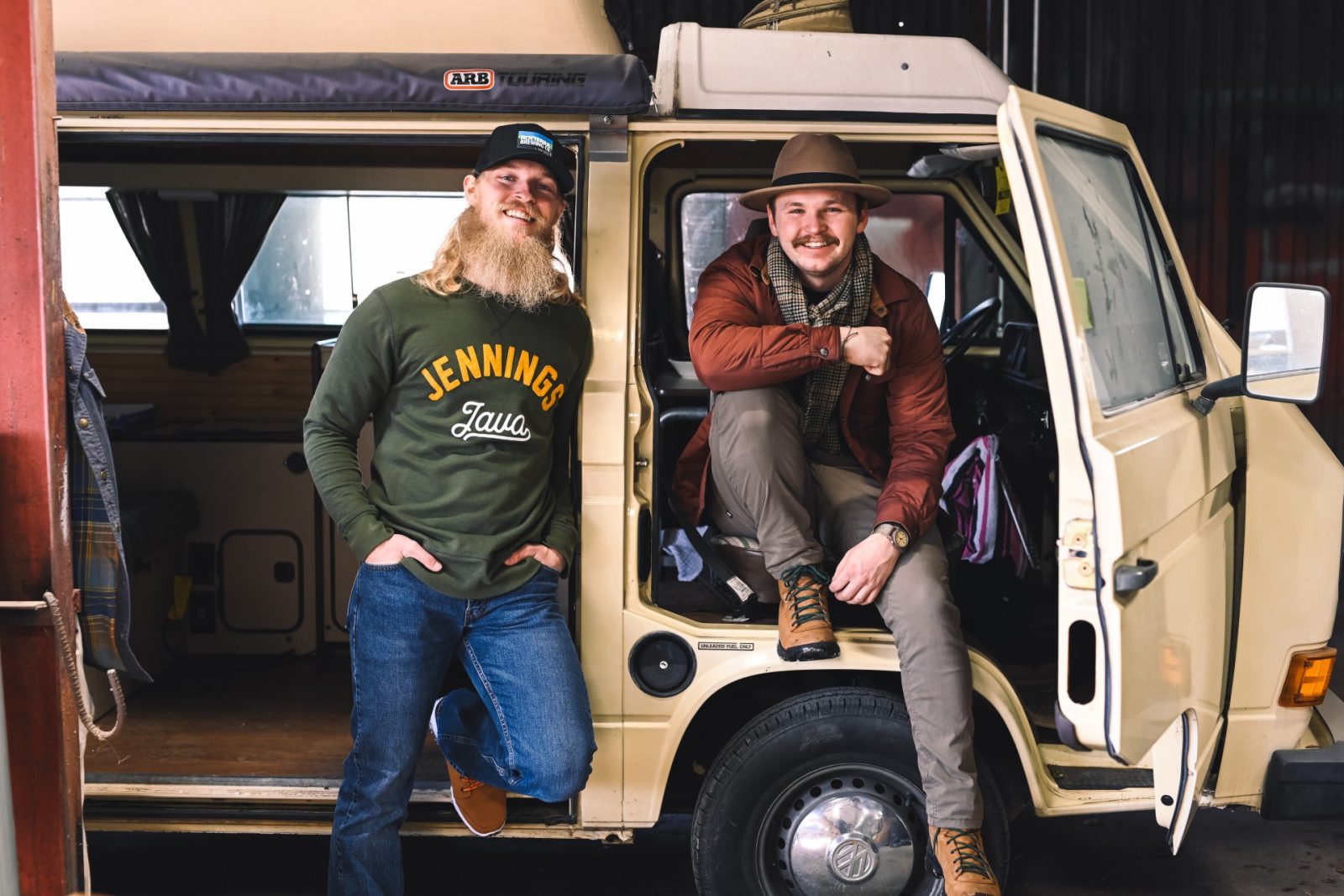 Take a first look inside Way Down Yonder Beignets & Coffee

In 2016, then college student Daniel Jennings found himself in a bit of trouble with his university.

School officials were surprised to find out Jennings had been running an undercover coffee roasting business from his dorm room. And while it was bad news for him at the time, the discovery marked the hilarious and humble beginnings of the artisanal roaster Columbus knows today as Jennings Java.

Since the dorm room incident, Jennings has graduated to roasting coffee in a proper facility—located at 1193 South Front St. in Merion Village—with his business partner AJ Kazmierczac. You may have even seen the duo making their deliveries rounds throughout German Village.

“We’re known as the guys who bike around for coffee delivery,” he said.

Jennings Java has exploded in popularity with local coffee aficionados since its unofficial-official opening nearly six years ago. The secret, Jennings noted, is an artisan approach to product from start to finish.

According to the local roaster, creating a high quality bean starts with sourcing from the right farms along the Coffee Belt, an area roughly 100 miles north and south of the equator. Jennings Java is proud to have a relationship-driven, ethical approach to sourcing each and every bean.

“We highlight coffees from all over the world,” he said. “We partner with farms in Central America, South America, Asia and even Hawaii.”

Jennings Java is especially proud to highlight coffee from Myanmar. As the country continues to experience civil war, partnering with local farmers helps to rebuild villages and fund the farms where Burmese citizens continue to live and work through the political turmoil.

Beans arrive at Jennings’ roasting facility in their raw form, as the seed of the cascara fruit (meaning “husk” or “skin” in Spanish). Once the beans have been secured, the roasting process begins with a moisture reading of the raw plants.

“Want to make sure the coffee is not too heavy or light. It has to have just the right amount of moisture so that it has just the right taste,” Jennings said.

Using a small-batch roasting machine, the beans are carefully heated until they darken and start to crack.

“There are two stages that really help us out: first crack and second crack. We can take a raw coffee and roast it any amount, just like a piece of meat,” Jennings explained.

For a light roast, the beans are removed from heat after the first crack, and following signs that moisture has been released from within them.  For a darker roast, like espresso, the beans are left on a heat source until they crack a second time and oils begin to release.

Then, it’s time to taste. Jennings’ tastings are conducted using a process known as cupping, where Jennings and Kazmierczac sample each of the batches individually and decide which profiles to highlight for each. This is how Jennings Java stays “true to origin,” a fitting motto for a company focused on the strengths each batch has to offer.

“Sumatra is predominantly known for tobacco and earth tones, so we like to do a dark roast for that. Kenya has amazing citrus flavors due to elevation and lactic acid, so that’s easier to roast medium to light,” Jennings said.

By understanding the growing conditions for each batch of coffee beans, Jennings Java is able to create the perfect roast each time.

If you’re ready to give Jennings Java a try, you can head to restaurants like Fido Kitchen in Bridge Park for their drip coffee, or Forno in the Short North for a Nitro Cold Brew. Jennings Java is also served up at Pint House, Standard Hall, and Rye River Social in Grandview. You can also check out their bodega-style tasting shop on Front Street from 7 a.m. to 1 p.m., Wednesday through Sunday.

If you like this, read: Longstanding Grandview coffee shop announces permanent closure, will be replaced by Boston Stoker