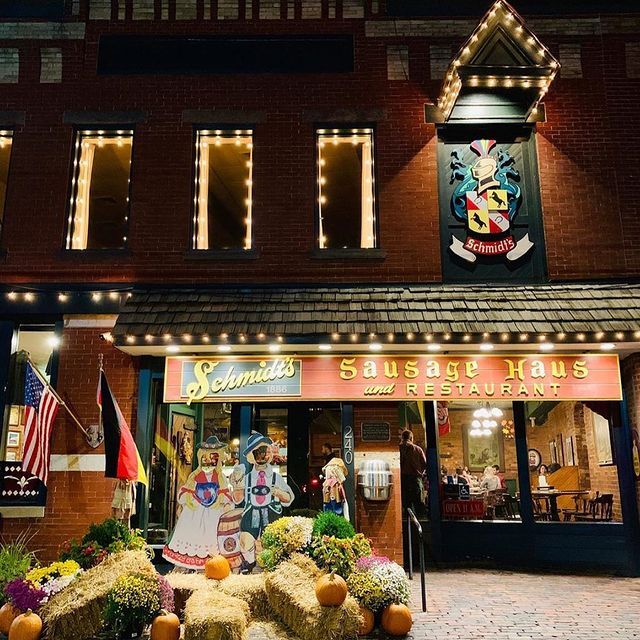 No, Schmidt’s Sausage Haus is not running for Governor, but the long-standing German Village restaurant will still appear on next week’s midterm ballot for one Columbus precinct.

Currently, Schmidt’s is forbidden from selling wine and spirits on Sundays, but they’re trying to change this.

“It’s not like we sell a ton of wine on Sunday anyway, but it does hurt us. The big thing it affects is our banquet service; we’ve lost entire parties before because we can’t serve wine on Sunday,” said Brand Ambassador Matt Schmidt.

According to Schmdt’s COO Carla Eppler, the restaurant got in touch with a liquor attorney earlier this year in order to see what could be done. And after a lengthy process that included a state-conducted survey of residents within Columbus Precinct 2-b, Schmidt’s will officially appear on next week’s ballot.

This means if you’re within Columbus Precinct 2-b, you can support the German Village eatery by voting yes on Issue 22b.

“We want people to know this doesn’t mean Schmidt’s is going to get rowdy or anything like that. We close at 9:30 on Sunday,” Eppler said with a laugh.

Schmidt’s isn’t the only popular Columbus-area spot grappling with restrictive liquor laws, either.

In the Village of Granville, Seek-No-Further Cidery is facing a similar dilemma.

According to owner Trent Beers, Seek-No-Further is allowed to sell beer of any ABV percentage on Sunday, but not their own cider. Like Schmidt’s, Seek-No-Further will appear as a special election by petition on the ballot for Granville voters next week. Voting yes on the issue would allow the ciders to open Sundays, the only day of the week it currently is not open.