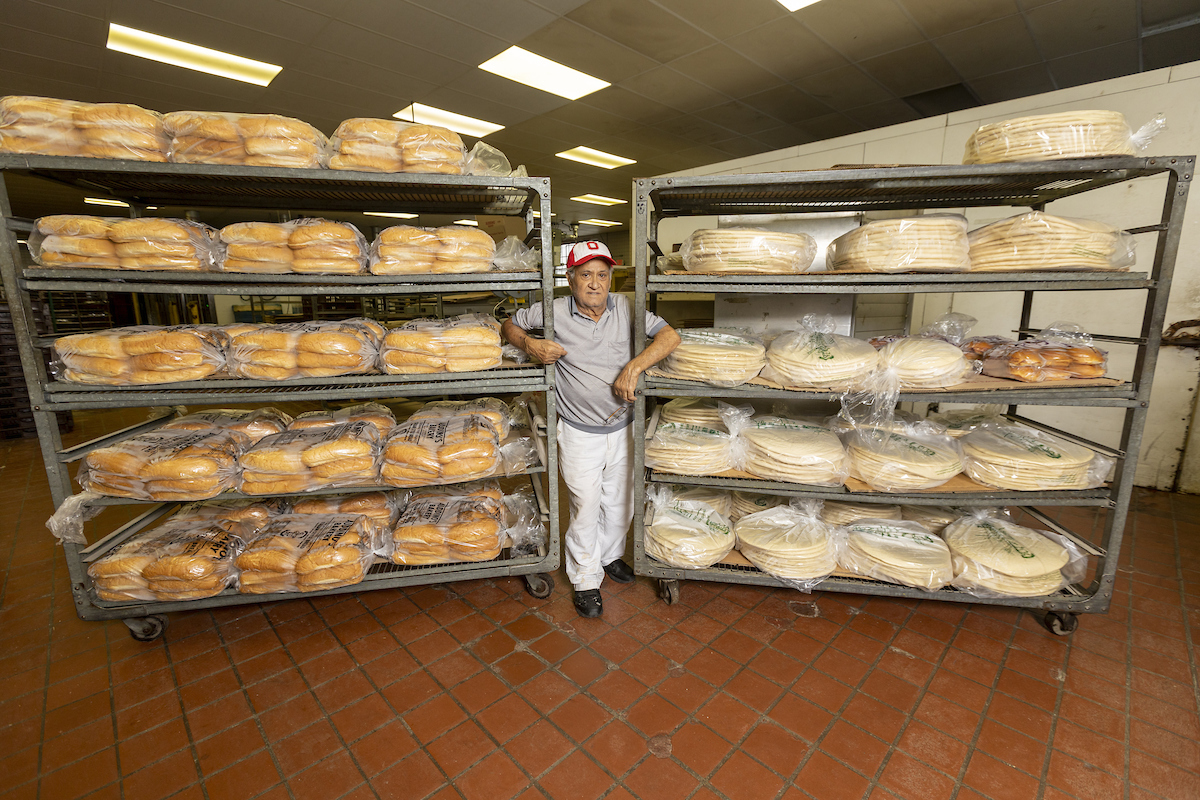 Barbecue, buffets and much more: Here’s which restaurants are open on Thanksgiving

It’s been over 50 years since the Auddino family first began baking bread out of a small 500-square-foot space on Cleveland Avenue. Two locations later, new generations of the family are managing a product that remains largely the same.

“We follow a good recipe, and we don’t really try to change much,” said Marco Auddino, who as vice president manages daily operations.

Since founding Auddino’s Italian Bakery in 1968, the family has steadily worked for decades to build the business it now has today. And while many Columbus residents make patronages to the storefront at 1490 Clara St. for sweet treats and breads, they’re also getting a taste of Auddino’s time-honored tradition at restaurants, mom and pop pizza shops, and eateries across the central Ohio area, including many of your favorite burger buns.

Though the business enjoys a steady following, the family had to work hard to get here.

Marco’s parents, Michele and Rosa Auddino, opened the bakery with Marco’s uncle, Tony Cordi. The family immigrated from Italy; Michele and Rosa both lived in the Calabria region and grew up in the same neighborhood.

Once the two got older, Rosa went to the U.S., while Michele moved to Germany to learn how to become a master baker. After moving to Canada, Michele eventually moved to the U.S., where he reconnected with Rosa. The two got married, and Rosa, who was a seamstress with Lazarus, used her $500 check to open the bakery.

After they grew out of their small space, the family moved the bakery to a larger location on Cleveland Avenue, and in 1991 moved to their current space, a 20,000-square-foot facility. Michele still serves as the owner, while Rosa runs the storefront with Marco’s daughter, Brooke.

The business is still very much a family affair. Marco’s brothers, Roy and Dante, work at the bakery, as do their children. Marco’s cousin Vince moved into Tony Cordi’s role, now serving as general manager.

Though generations of the family have now moved in to take charge of daily operations, the baking itself hasn’t changed. A majority of the equipment is sourced from Italy. The key though, is the proof box.

The dough is held there for 12 to 24 hours in a big cooler before it’s ready to bake.

“That’s how we get our good flavor,” Marco said. “It takes a long time to make a good, quality product.”