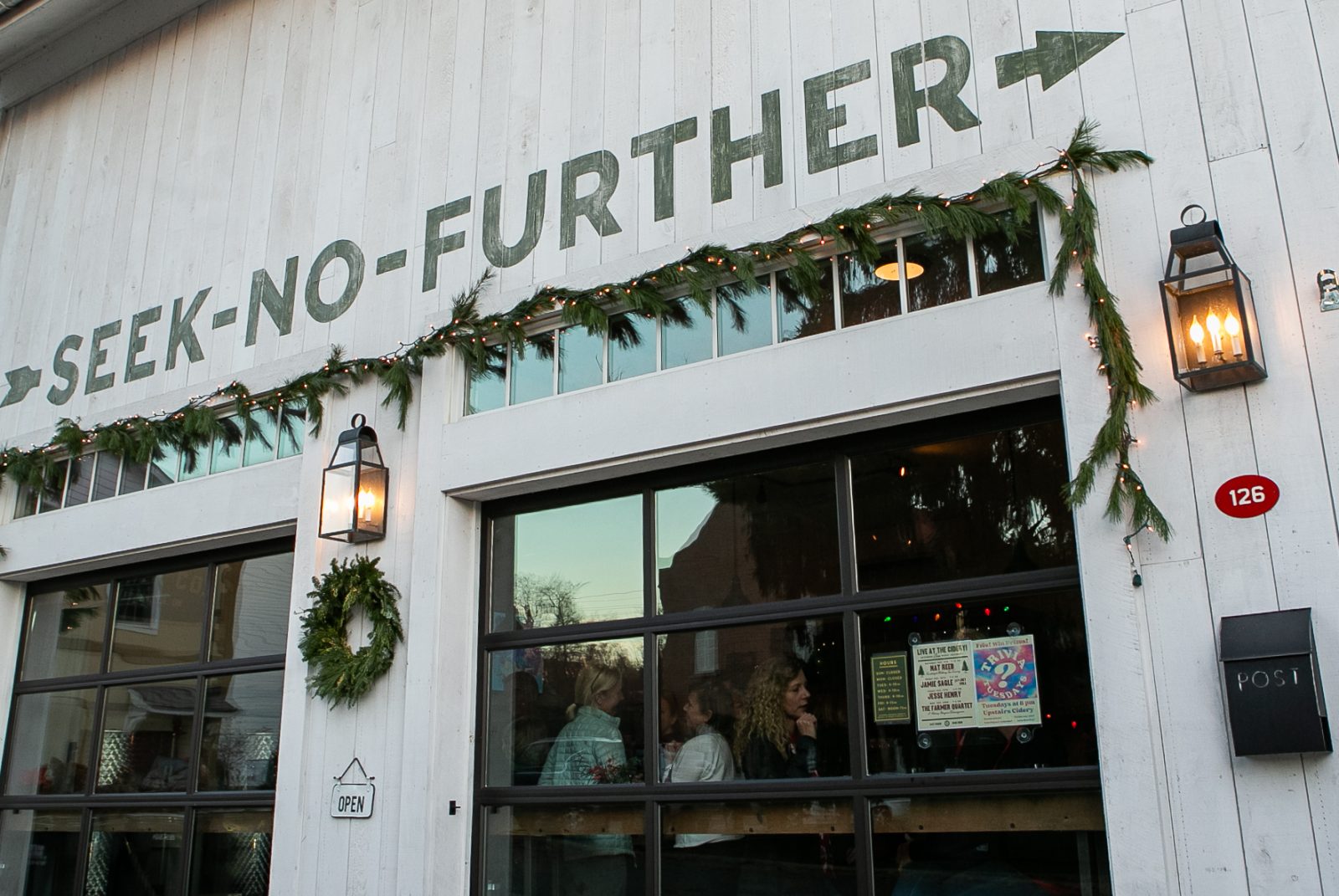 A cosplay rave is coming to Columbus

While studying abroad for a summer in London, cider became the apple of Seek-No-Further Cidery owner Trent Beers’ eye.

“That was my first time experiencing different kinds of ciders that [weren’t] just totally sweet. It was on my radar that there was a more dryer option that existed, it just wasn’t popular [in the U.S.],” Beers said.

Years down the road, after he stumbled upon the location that would become the second-ever craft cidery in Central Ohio—a rustic white barn in downtown Granville—he knew his love for those dry European ciders had found a home.

“When [the Seek-No-Further Cidery] property was available, it just hit me that the barn would be perfect for a cidery. I didn’t have cider-making experience, but I fell in love with the concept for that location.”

Completely hands-on in the origins of Seek-No-Further Cidery—which is named after a heritage variety of apple used in cider—Beers worked to transform the 1,500 square foot space into a one-stop shop for all things cider, and the business officially opened this past summer.

With a quaint, 200 year old cottage in front of the cidery that doubles as an Airbnb, Seek-No-Further Cidery is housed in a charming white barn with a courtyard in its center.

“The overall vibe is that of exploring and camping. Everything from our decor to the building itself that’s reminiscent of a New England-style,” Beers said.

And speaking of New England, Beers linked up with friend and Vermont-based cider maker Garrett Huber, who also served as a consultant for Seek-No-Further.

Huber’s guidance mainly took place over the phone and through Zoom, but it gave Beers enough motivation to to search for essential apples–especially those made locally–in order to concoct incomparable ciders.

“The main things you need for a good dry cider are bitter acid, tannins and sugar for your alcohol. A lot of the heirloom apples–or what they call like bitter apples–that grow in England, the Northeast and some of the Northwest have those qualities,” Beers said, who noted the Granville artisans also incorporate local apples into their cider.

The flagship dry cider of Seek-No-Further Cidery is known as  Golden Road, made up of Golden Russett, Wickson Crab and Dabinett apples from a small orchard in Turner, Maine. On tap for a limited time, the cidery will also be offering Peach Pipedream, a semi-dry cider using a blend that’s heavy on Winesap apples, and later back-sweetened with Branstool peaches from Utica, Ohio.

“Our most popular right now is a hot mulled cider, so we’re taking local cider and we’re mowing that with cinnamon, allspice cloves and we’re serving it in these really cool animal-like camp mugs,” Beers said. “Another popular drink is a cocktail called The Old Orchard–we basically cut up local apples and let it soak in Maker’s Mark and then we use that to make an old fashioned.”

Offering appetizing delights from Black Radish Creamery and Granville Bread Company, Seek-No-Further provides more than a place to drink and be merry as well.

“We really wanted to make it a place for gathering, and we’ve had people describe it as ‘a true pub experience.’ It’s really a casual laid-back experience,” Beers said.

He also wants the new cidery to be a place where patrons can truly immerse themselves in the world of cider, and maybe even learn a thing or two along the way.

“I like for [guests] to leave with learning something new about cider, maybe doing a tasting flight and learning the difference between a dry, a semi dry and sweet cider and what apples make those up,” Beers said. “I want them to leave feeling like they escaped for a little bit and were able to relax–that feeling of exploration.”

This story originally appeared in the January 2021 issue of (614) Magazine.

If you like this, read: North High Brewing to focus on cider at Polaris COhatch