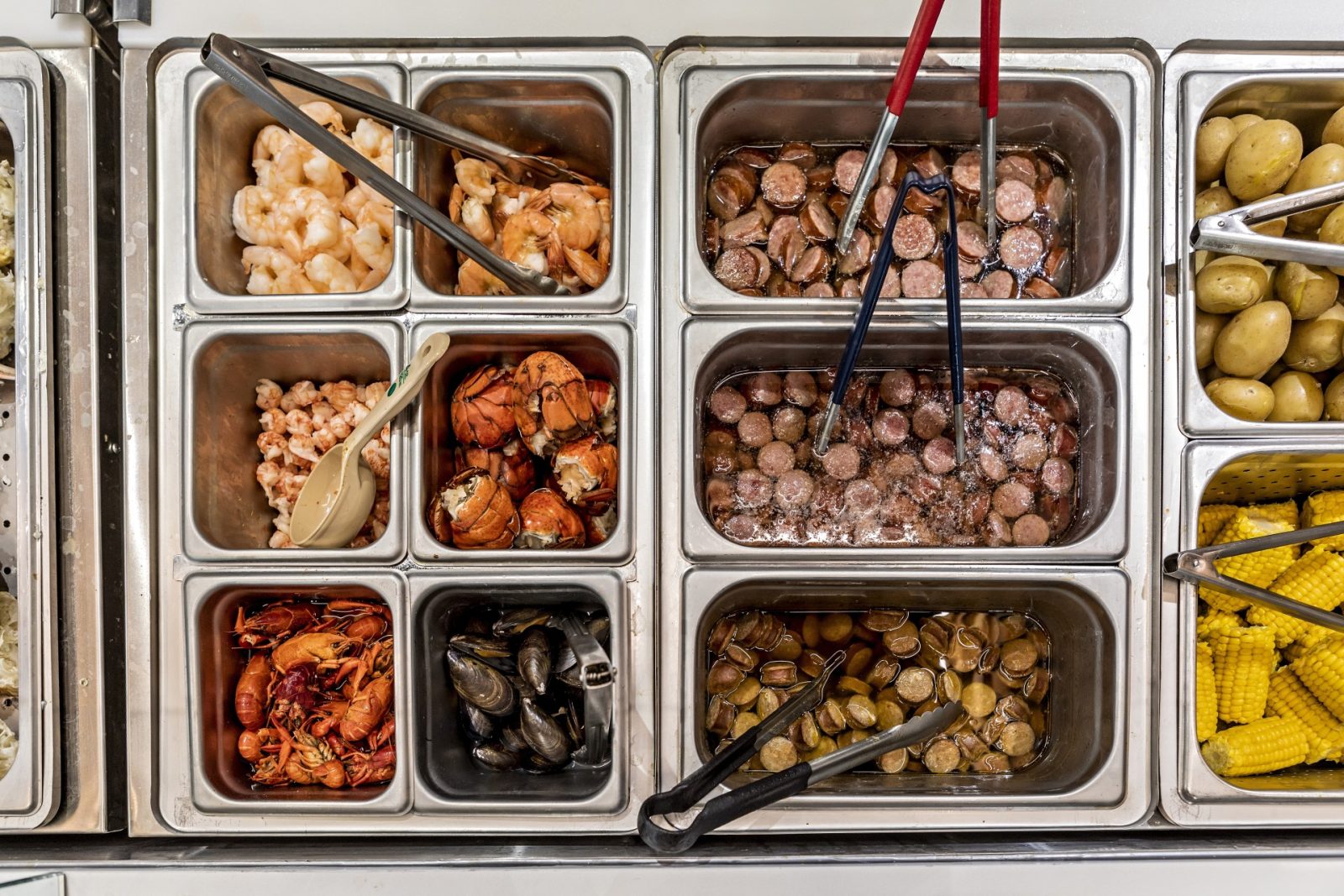 Several years back, Kyler Smith was sitting in a seafood boil restaurant, paying $80 for a single meal that took far too long to arrive at his table. He’d had it.

So what did he do? Instead of writing an angry letter to corporate or confronting the manager, Smith decided to take things into his own hands.

He opened his very own restaurant in response.

The Sauce Boiling Seafood Express, which first opened in Cleveland in 2019, is his take on the Cajun seafood boil, a culinary tradition that features corn, potatoes, sausage, and the diner’s choice of seafood and sauce. The Sauce offers bowls if you’d like to play it safe, and traditional boil bags, which Smith cautioned can get a bit messy.

“It’s a meal meant for the adult who wants to eat with your hands and enjoy the messiness of it,” Smith said.

But unlike the restaurants he’d been to before, Smith didn’t want customers to have to wait for fresh, delicious seafood. “It’s fast casual,” he said. “You can come in for lunch and have the same fresh quality food, but you don’t have to wait too long. You’re in and out the door.”

This new twist on the traditional seafood boil also lends itself to more options and customization for customers: Protein choices include everything from king crab and lobster to sausage and mussels. “You can mix and match every combination you want.” Smith said.

One of the most pivotal (but often-overlooked) components of a good seafood boil, according to Smith, is its sauce. A glance at his restaurant’s name will confirm this stance on this, as will the fact that the very first thing Smith did to prepare for his new restaurant was create his very own sauce recipe.

And as fate would have it, he nailed it, his own sweet Cajun sauce. And on the first try, too.

“I found the recipe for one of my first sauces and perfected it, made it to my liking,” Smith said. “I’d seen what someone else at a boil restaurant did and I mimicked it with my own taste palate. I hate science and hate math, but I executed the measurements at the perfect level.”

Thus, The Sauce Boiling Seafood Express was created, specializing in the fast and delicious boil bags Smith couldn’t find elsewhere. In just over two years of operations, the eatery had established three locations: a pair in the Cleveland area, and one in Akron.

And this fall, Smith launched The Sauce’s largest storefront yet, right here in Gahanna. It opened alongside a three-day celebration featuring games, a petting zoo, and even bouncy castles. But don’t let all the fanfare confuse you, because according to the young restaurateur, the best for Cbus is yet to come.

If you like this, read: National Cajun restaurant chain reopening its only Central Ohio location