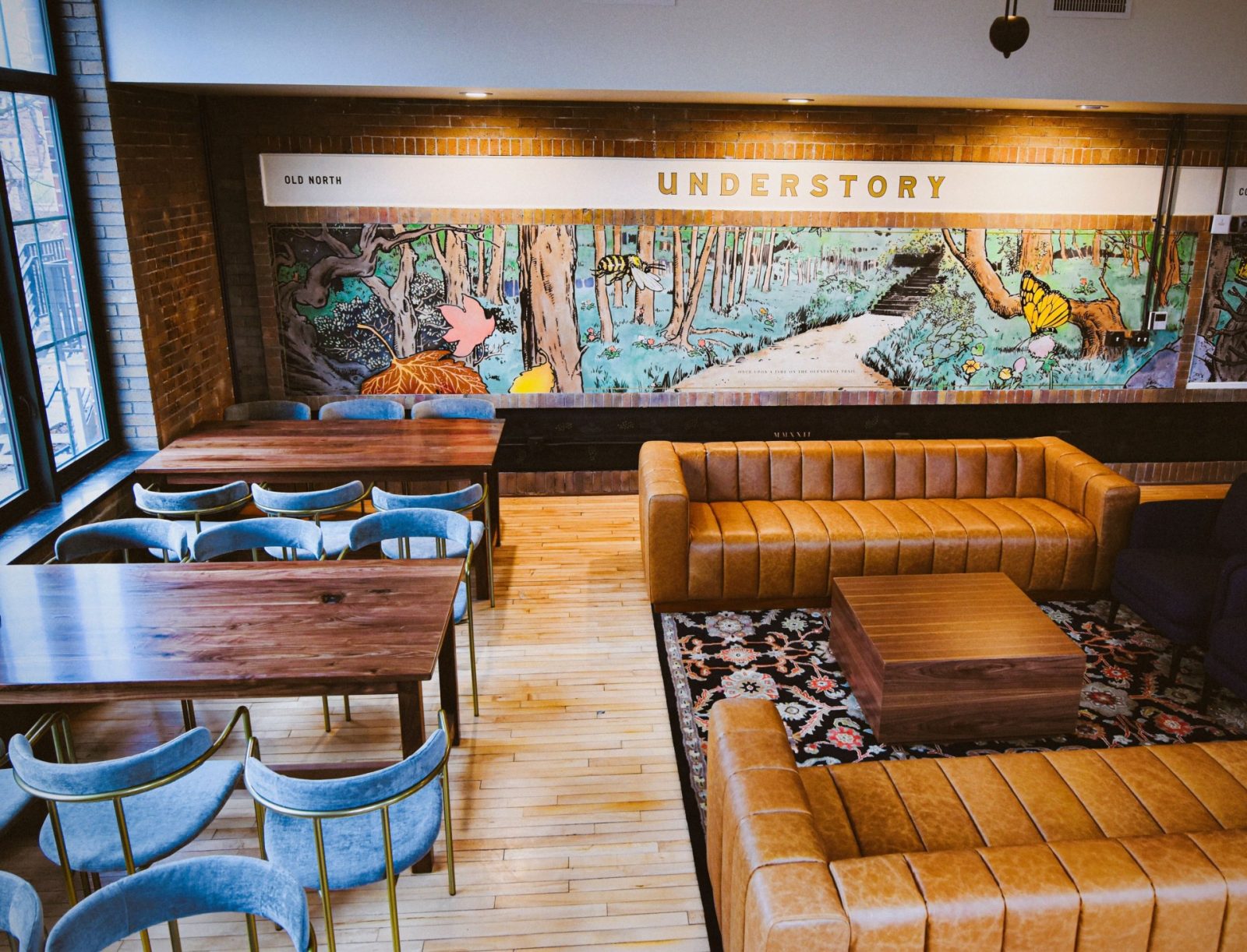 While its second-floor event space has been open for the last several weeks, the Understory lounge (featuring a bar and food offerings), will hold its grand opening on Jan. 21.

The new spot, located at 2571 Neil Ave., is situated just off the Olentangy Trail in the Open Air building. Flanked by a strip by forest that abuts the Olentangy River just to the west, Understory has adopted a theme of nature that runs through not only the decor of the establishment, but also its food and drinks offerings.

According to owner of Wolf’s Ridge and Understory owner Bob Szuter, many of the beers brewed at the new space will be lighter styles, with a particular focus on oak-aged lagers. The Understory restaurant space itself will not open alongside the lounge, although food will be still be offered for patrons beginning Jan. 21.

Szuter hopes to attract not only Columbus diners and drinkers looking for a pleasant night out, but also those hiking or exercising on the Olentangy Trail.

If you like this, read: Longtime resident launching new brewery and restaurant in Dublin area