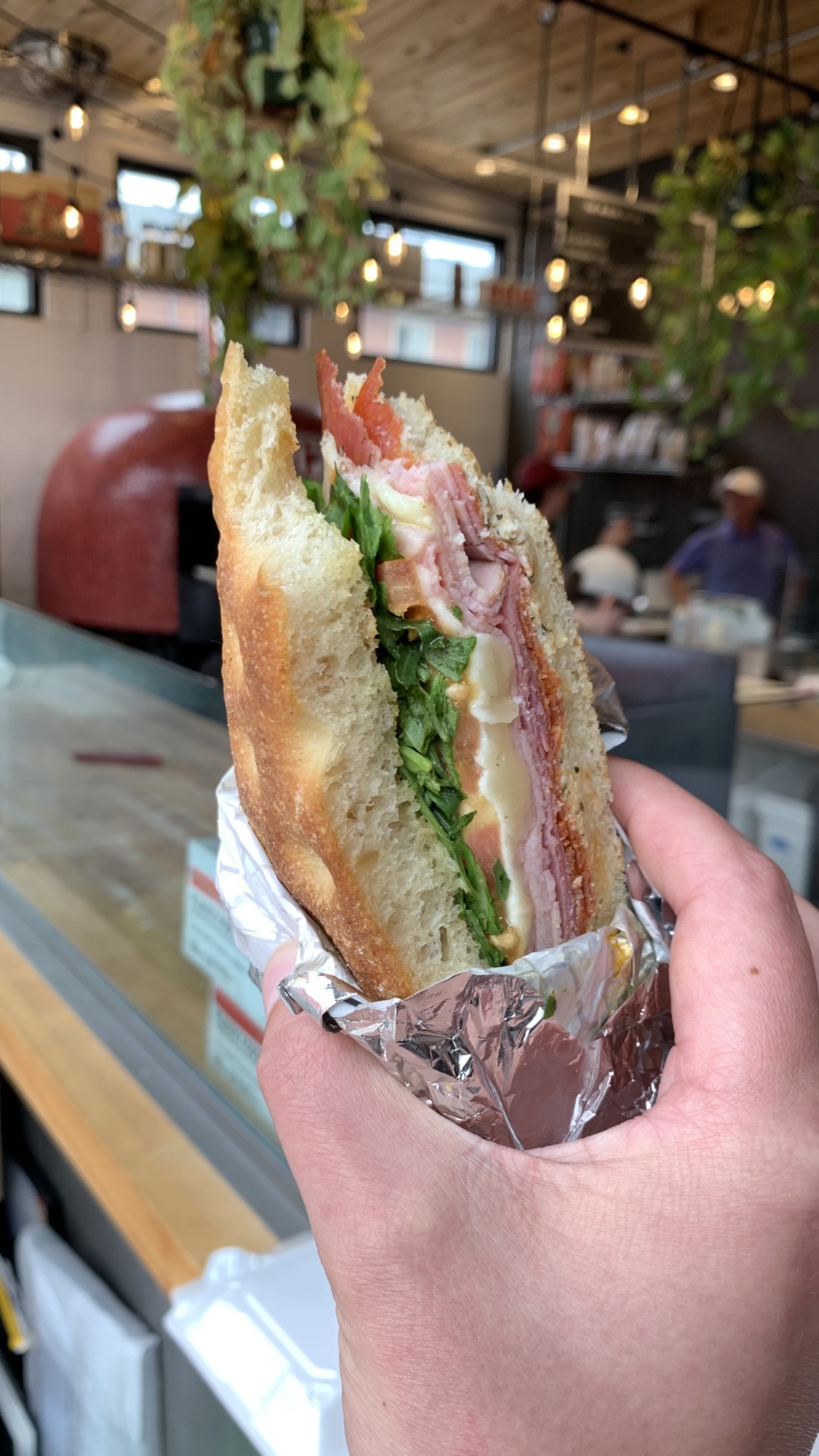 Photo courtesy of Wizard of Za

If you have so much as your pinky toe in the waters of the Columbus food scene, you know about Wizard of Za.

But now, the popular pizzeria–known previously for its sought-after pies and sometimes months-long wait to order food–is branching out in a whole new delicious direction.

That’s because, for the first time ever, the eatery will soon be serving sandwiches.

According to owner Dylan Jones,Wizard of Za will be rolling out a four-sandwich menu sometime in June, immediately following a planned interior remodel. Some lucky diners were able to snag a preview of the new offerings as well, since the restaurant sold sandwiches in limited quantities as a test run yesterday.

“We really just wanted to get them in front of people and get feedback,” Jones said. “It’s really important to us that our community has a chance to give us their thoughts on them.”

The eatery is known in part for the use of an airy focaccia pizza crust, and while Jones noted there were some differences between the two, Wizard of Za will use a similar focaccia bread in its sandwiches.

And while sandwiches are exciting enough, Jones said the changes likely won’t stop there, either, as the popular spot will consider adding Stromboli and calzones in the very near future.

These new menu items, in addition to the pizzeria’s pivot to by-the-slice purchasing and slashing wait times, is part of a larger initiative to become more accessible to customers.

“For a long time with the old reservation system, we had people coming up to us asking for food, and we were having to say ‘no,’ we couldn’t fulfill that or give them. But ever since we’ve changed our ordering system, I don’t think I’ve ‘no’ to a customer once,” Jones said with a laugh. “We really want to serve the community as much as we can, and hold true to what it means to be a culinarian. We’re just changing a little bit of the culture.”