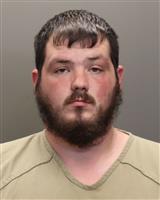 An amber alert that was issued for a Kentucky one year-old early yesterday morning has been canceled after the child was found unharmed outside of a McDonalds on the east side of Columbus several hours later.

The Ohio State Highway Patrol confirmed that the child, one year-old Johnny Clark from Lovely, Kentucky was located at approximately 8:45 a.m. yesterday in the parking lot of the McDonalds located at 1020 Alum Creek Dr. The child was found unharmed.

According to a story published by Lex18 in Lexington, Kentucky, Clark was abducted from a home in Lovely, Kentucky by his 25 year-old father, who is also named Johnny Clark.

The child’s father was taken into custody by police. According to Franklin County inmate records, Kirk is currently being held for the state of Kentucky at the Franklin County Correctional Center II.