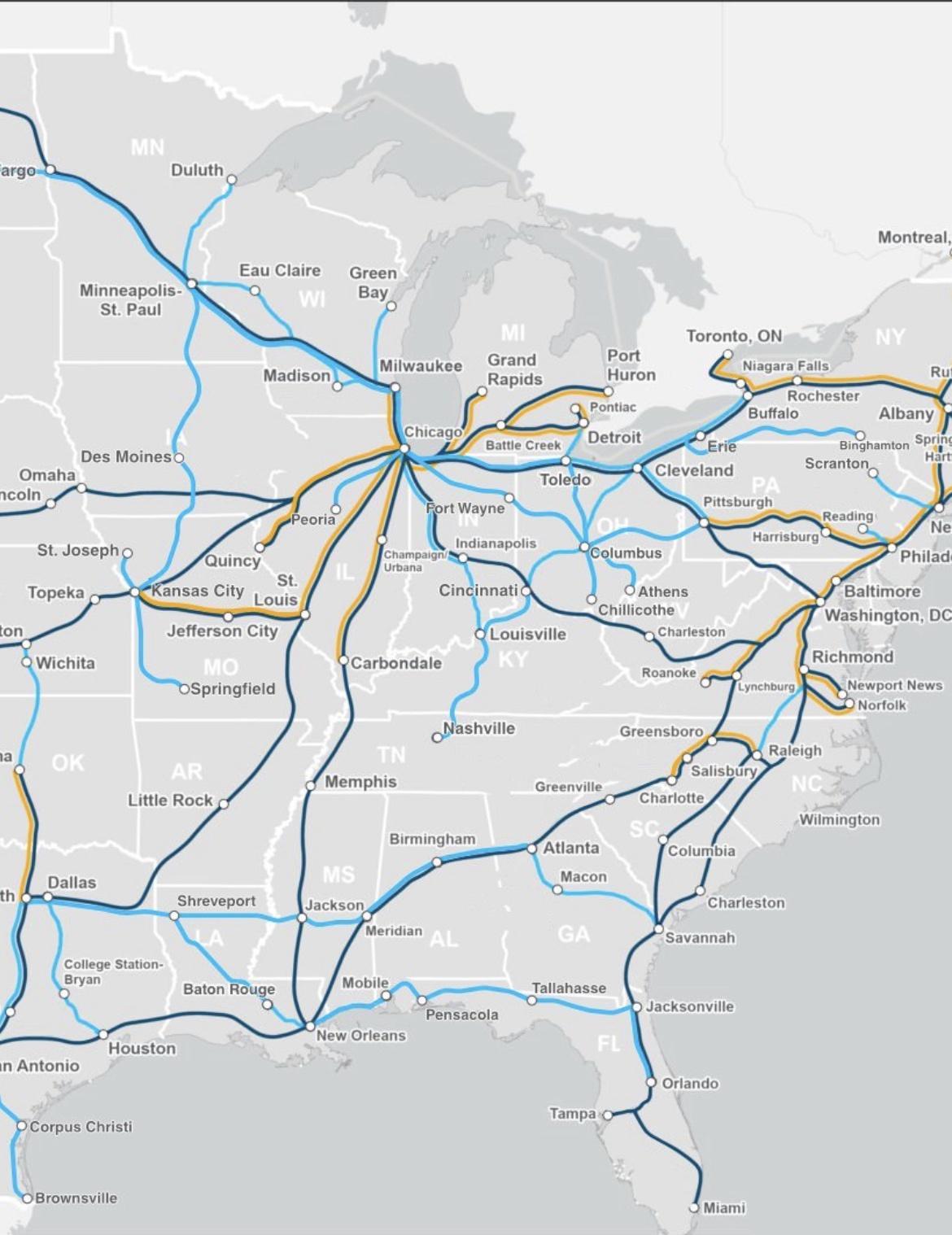 According to an alleged new Amtrak map that’s making the rounds throughout local social media, Columbus could become a new hub for travel in the Midwest.

According to multiple sources, an updated railway plan was allegedly introduced at the annual Amtrak board of directors meeting on Dec. 1 would see the city gain direct rail connections to a host of regional cities.

Amtrak did not immediately respond to a request to confirm the proposal.

Last spring, President Joe Biden unveiled an updated $2 trillion infrastructure plan, which included $80 billion worth of funds earmarked for rail travel, a new Amtrak route (via its ConnectUS plan) was floated that would connect Columbus to Cleveland, Dayton and Cinncinati.