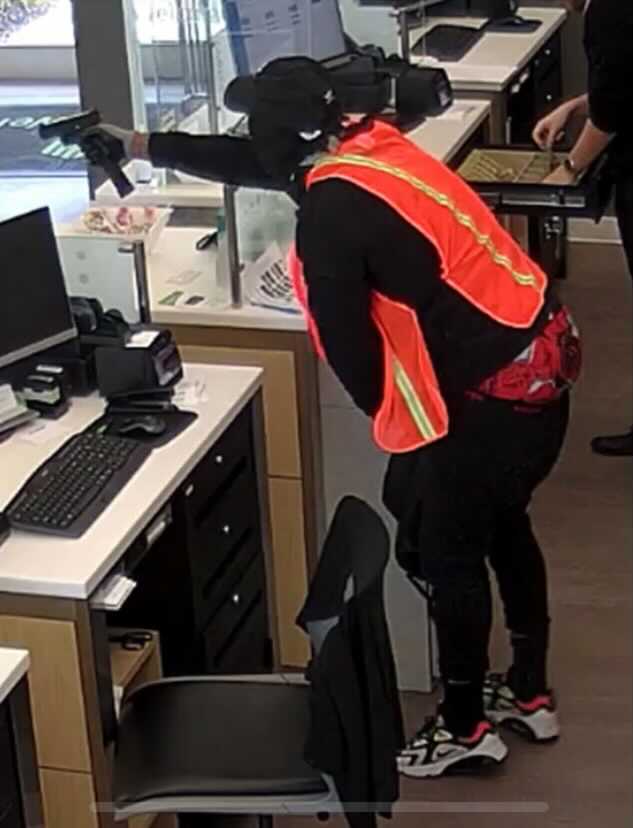 Central Ohio Crime Stoppers has turned to the community in bringing a bank robber to justice.

The robbery, which occurred on Aug. 8, is featured as Central Ohio Crime Stoppers’ Crime of the Week this week, and police are hoping the public can help close the case.

According to a YouTube video posted by the crime-fighting organization, the crime took place on Aug. 8 at the Huntington Bank in Upper Arlington, which is located at 4661 Reed Rd.

The suspect, who entered the bank with a firearm, was described as a male between the ages of 20 and 30. He was dressed in all black and wearing a mask and gloves. According to surveillance footage of the robbery, the suspects is also wearing a high-visibility construction vest.

The suspect also drove a stolen vehicle that was recovered near the bank after the robbery.

Central Ohio Crime Stoppers is offering a reward for any information leading to the arrest or indictment of the person responsible for the robbery. You can call 614-461-8477, or visit here to submit an anonymous tip.