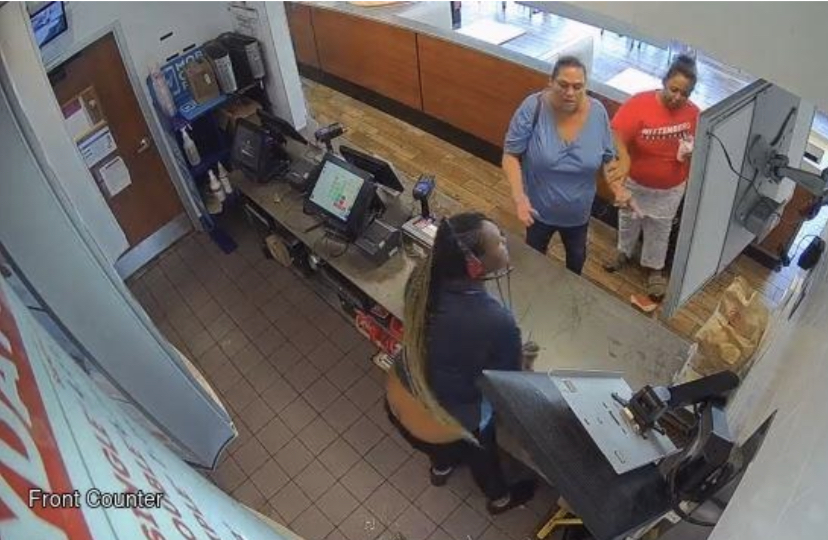 Columbus Police are on the hunt for a suspect who allegedly pointed a gun at an employee of an east side restaurant.

Yesterday, police released information from the incident, which occurred on Aug. 17 at approximately 3 p.m.

According to Police, two women entered a restaurant on the 800 block of North Nelson Road in what Police believe to be a 2014-2019 Dodge Grand Caravan. They place an order at the eatery’s front counter.

Shortly after, a man exited the same vehicle and entered the restaurant, joining the women at the counter. According to Police, an argument broke out between the man and an employee, and he brandished a handgun that was being carried on his hip at the nearby employee, threatening her.

Police have not yet identified the suspect in the case. According to police, the man was wearing  a blue shirt, denim shorts, sunglasses and jewelry. He appeared to have braids and a tattoo on his left arm.

Anyone with information on the identity of the suspect or the women observed in the photos with him should contact the investigating detective at 614-645-1435.