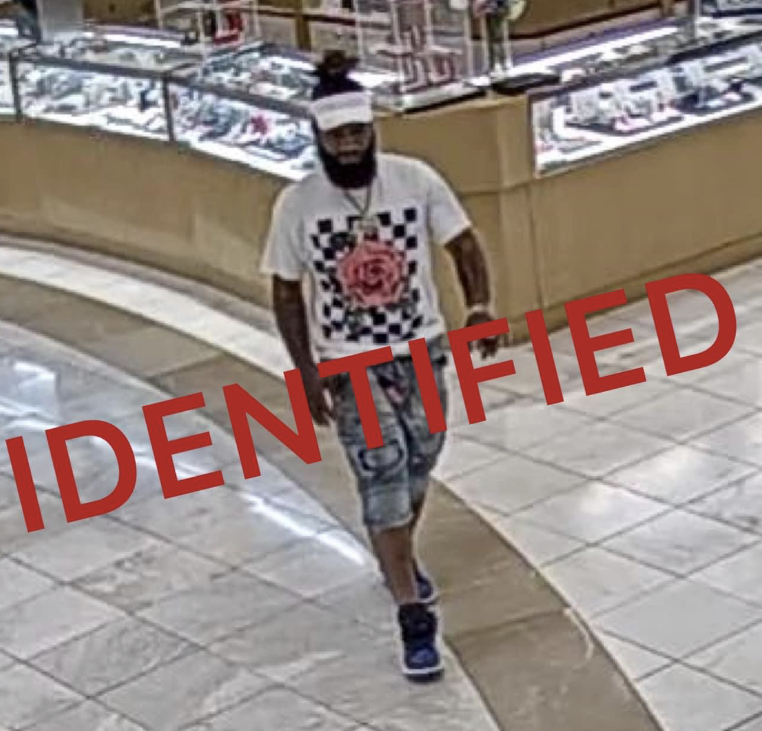 Police are searching for a man suspected of dashing off with an expensive diamond ring with from a local department store.

According to Columbus Police, a man posing as a potential customer asked to try on a diamond ring in the jewelry department of the Macy’s store located at 5123 Tuttle Crossing Blvd., inside The Mall at Tuttle Crossing.

Shortly afterwards, he ran out of the store and into a red SUV that police believe served as a getaway vehicle.

Police said the ring is valued at $1,300. Its price means the suspect is facing felony charges.

The suspect has not been caught, but police provided a photo of him in addition to a physical description. Police believe the suspect is approximately 5’10” and 160 lbs. During the theft, he was wearing a white visor, blue Nike shoes, gray shorts and a white t-shirt depicting a rose in the center of a checkerboard pattern.

UPDATE: Columbus Police announced that, with the help of social media, they have identified the suspect as 38 year-old Terrell Anderson of Toledo. Police say he is wanted on six felony charges in multiple Ohio counties, and has warrants out of Indiana and Michigan.