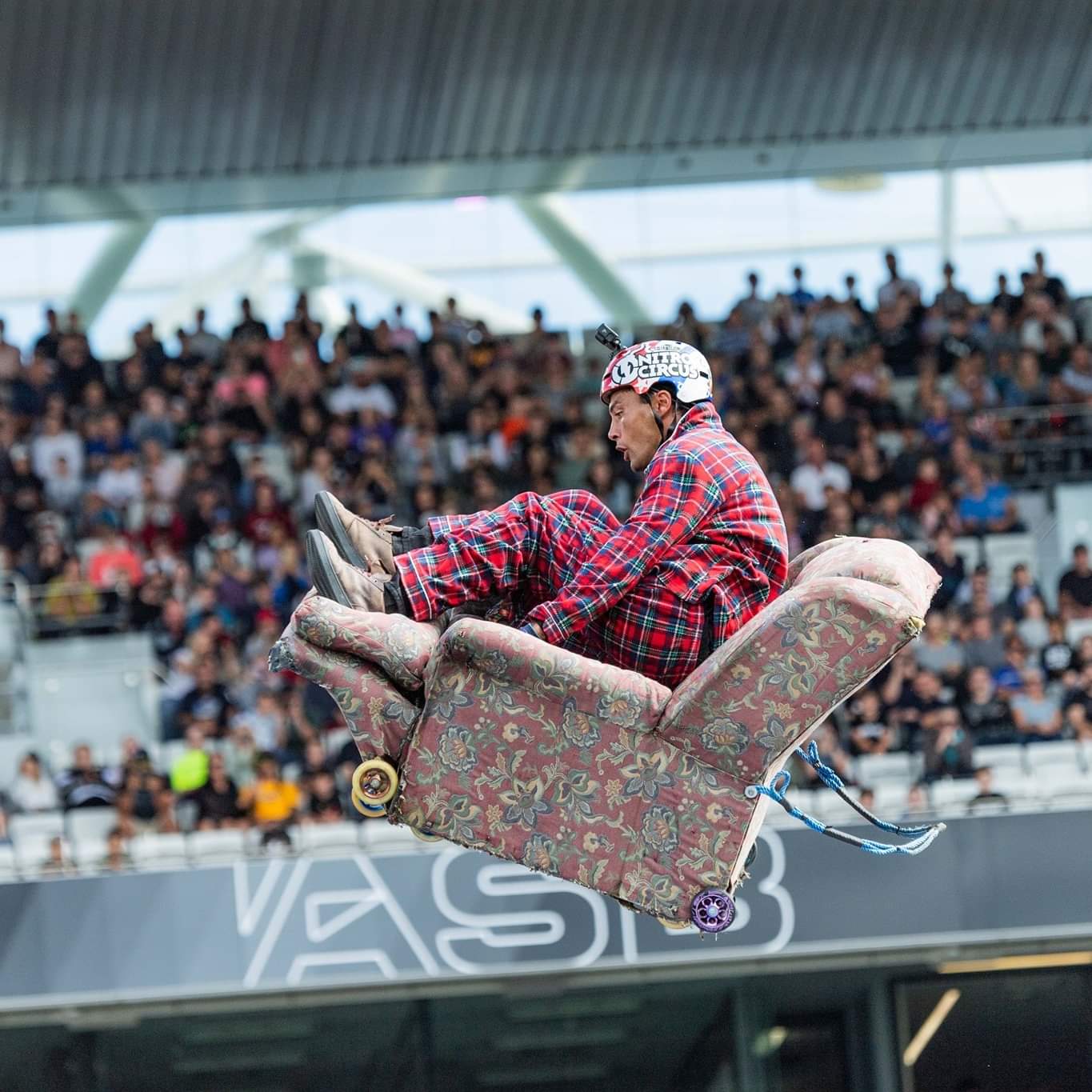 Have you ever seen someone launched dozens of feet into the air while sitting in a reclining chair?

Neither have we, but we’re totally here for it.

This stunt, alongside many more, are coming to Columbus later this month as a part of the Nitro Circus 2022 tour of North America.

Nitro Circus will be in Columbus on June 24. The event will be held at Huntington Park, and tickets can be purchased here.

Billed as “The craziest live show ever produced”, the two-hour event will feature a jam-packed slate of dirt bike, bicycles and more being launched to insane—and most likely dangerous—heights right before viewers’ eyes.

In case you want to get a grasp on just how wild Nitro Circus is, this video should give you a pretty good idea.