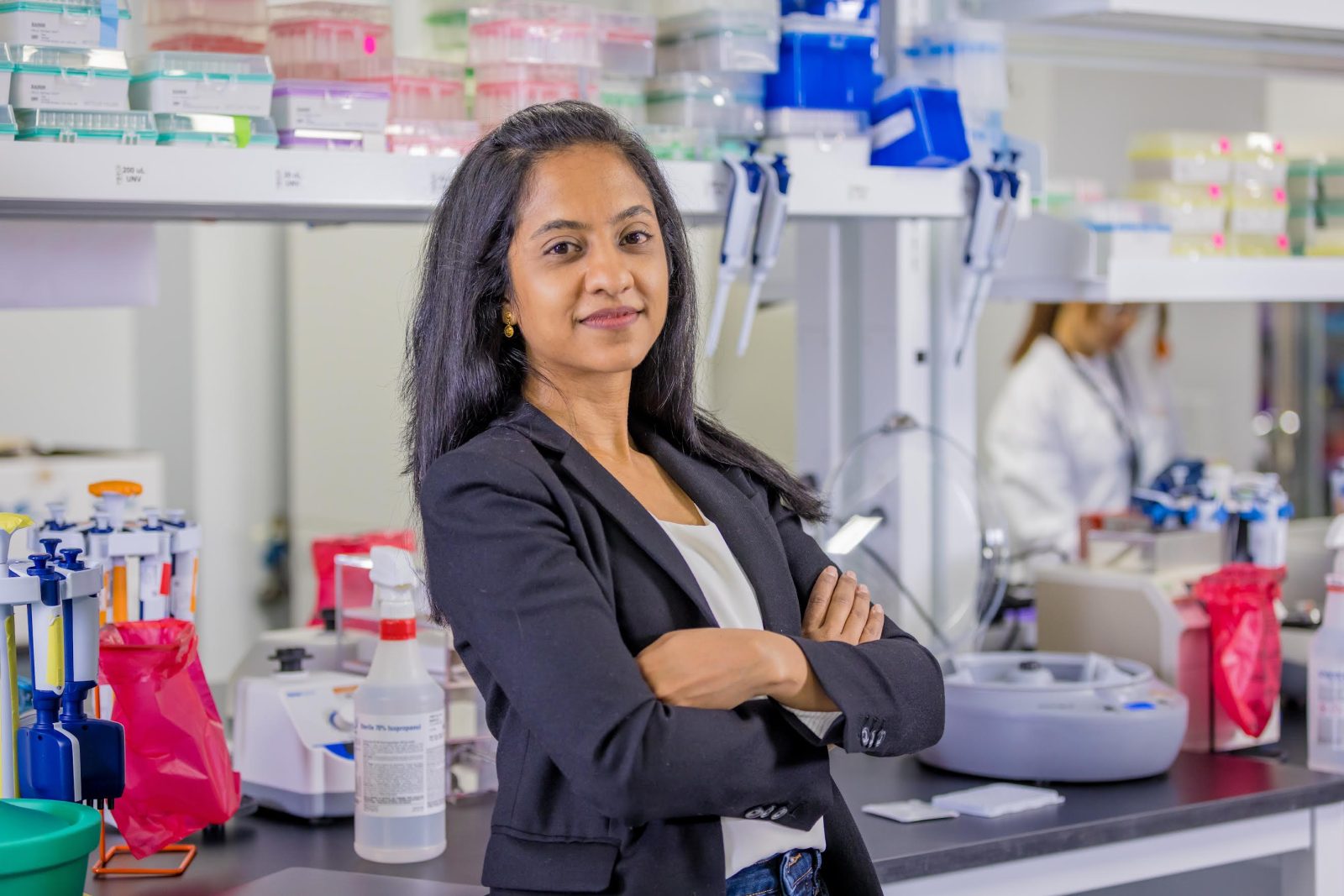 These are the most popular Restaurant Week menus so far

From a massive 200,000 square-foot facility in Grove City, Dr. Erandi De Silva is helping create life-saving medical treatments so small that tens of millions would fit on the head of a pin.

No, this is not science fiction. This is central Ohio.

De Silva is a Co-Founder of Forge Biologics, a Columbus-area company that specializes in creating gene therapies through viral vectors, which provides critical treatment for a variety of congenital illnesses.

“There are over 10,000 genetically rare diseases known in the world today, and many of them are caused by a single mutation or change in a person’s DNA that causes that disease; it’s usually caused by one defect,” she said. “So what we’re doing with gene therapies is using a viral vector to deliver a working copy.”

For De Silva, the mission behind Forge is a personal one.

“I’m a scientist by training, but what motivates me to fight disease is the fact that I’ve seen epidemics first-hand,” she said. “I was born in Botswana, and lived through the HIV epidemic in Africa. Seeing doctors and scientists coming in around, implementing policies and strategies to fight back really had an impact on me.”

She would later immigrate to the United States and receive a BS in Biological Sciences at Stanford, before earning a Ph. D in molecular Biology from Princeton.

Following a stint in the Bay Area, De Silva landed in Columbus. In central Ohio, she has served as a Director at The Drug Development Institute at the Ohio State University, where she would hone her skills to develop cutting treatments for serious diseases.

According to De Silva, the birth of Forge in 2020 was a confluence of her being situated “In the right place, at the right time and with the right team.” Since then, less than three years ago, the company has experienced a meteoric rise, growing, she likes to say “from 3 to 300 people,” just like that.

“We’ve been building and hiring ever since we started, really,” she said.

Now, decades after the scientists and aid workers in her native Botswana impacted her so profoundly with their ability to tackle seemingly insurmountable issues, it’s she and Forge staring down so many difficult-to-treat illnesses.

It was for good reason, after all, she was named 2022’s Fiercest Woman in Life Sciences by Fierce Pharm.

Today, one part of Forge deals with the manufacturing of gene therapies, a complex process involving cutting-edge equipment and ultra-precise technical skill from a variety of employees. The company is also developing its own medications.

Currently, it has a medicine in clinical trials intended to combat Krabbe Disease, a rare, inherited neurodegenerative disorder that typically affects children. In fact, as Forge deals with genetic disorders, the lion’s share of their therapies are used to help younger patients.

“Younger people are the majority of our patient base, and we’re focusing on the most severe forms of these diseases that are really life threatening,” De Silva said.”We’re tackling those ones first, and then as the field matures, we might consider branching out.’

And for all of her passion toward medicine, De Silva is also a fierce champion of central Ohio, and the area’s huge potential. Not only has she and others within Forge regularly commended the company’s home base of Grove City, Ohio, De Silva believes the area can become a true hotbed for medical biotech.

“Central Ohio has a lot of access to talent, we knew there a lot of folks experienced in Gene therapies here. It’s also a place where money can go a little bit further; It’s cheaper to rent space, also in terms of being really attractive to the people potentially moving here from expensive cities like Boston or San Francisco.”

Other gene therapy companies are also staking their claim in the Columbus area, with the Massachusetts-based company Sarepta Therapeutics opening a gene therapies center here in late 2021, and Andelyn Biosciences, an affiliate company of Nationwide Children’s Hospital that’s turned out an array of novel gene therapies.

According to Dr. Erandi De Silva, where this growth came from, and it’s likely to slow down anytime soon for the area.

But then again, she’s not likely to slow down either.