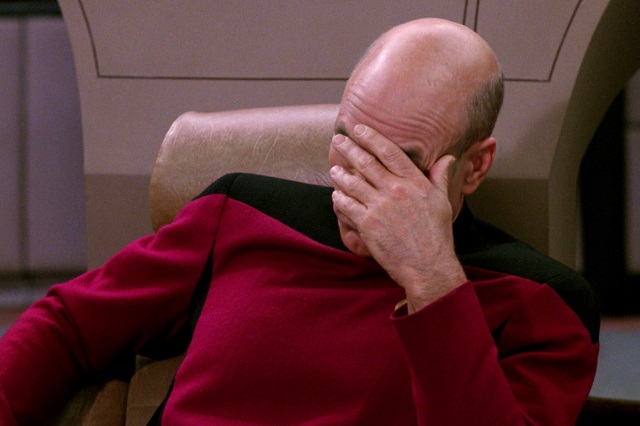 Hey! Look at that, we’re number 1 in something else, except it’s not good. It’s not good at all.

Ohio drivers are a menace to the safety of the nation according to the National Transportation Safety Board via US Daily Mail. They released an annual Traffic Data Safety Report on Monday and guess what? We suck. It is literally Ohio against the world. And we’re the bad guys.

The report is largely unchanged from last year according to US Daily Mail, which is terrifying because we sucked back then too.

“Though the Board continues to frown upon individuals driving under the influence of alcohol and illegal drugs, we wish to remind motorists that their greatest threat while traveling on the nation’s highway system remains cars with Ohio license plates.” Jeff Smith, Director of the NTSB, said to reporters.

Smith then went into embarrassing detail on why Ohio drivers will be the downfall of this nation, and all nations after. Apparently we drive, “extraordinarily below the pace of traffic in the far left lane of interstates” to being “completely incapable of understanding the concept of one-way signs.”

Did you read that? Completely. Incapable.

He didn’t say we have some trouble, some small issues. We are like dogs trying to do critical analysis James Joyce’s Finnegans’ Wake, apparently.

I’m not surprised, literally yesterday I almost crashed head first into someone driving the wrong way on Main St. A one-way. Not to mention my car itself looks like it was a prop in Mad Max: Fury Road.

To make matters worse for Ohioans, apparently to fix this whole issue we might getting bright orange license plates, “— like something that can be seen far away…” A board spokesperson said.

We have two options, Ohio. We either get better or we double down and become the worst drivers in the world. No middling about this.

[Update: It has come to this writer’s attention that the source for this is potentially satirical, this does not diminish Ohio’s poor driving record, where we’re consistently in the bottom 20.]