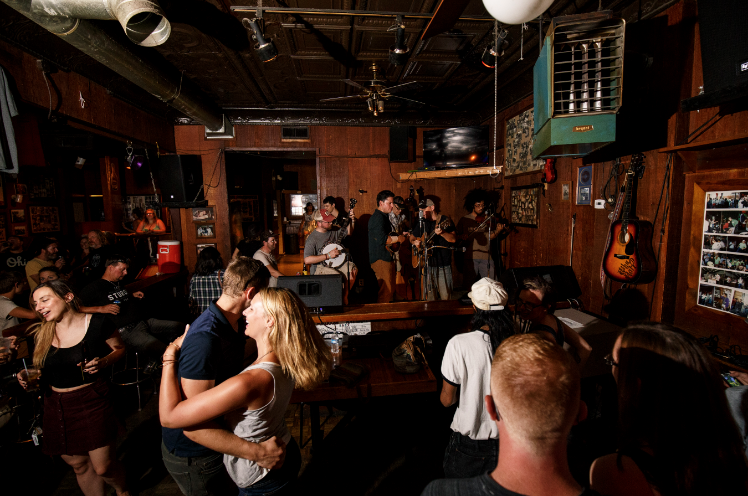 Ohio looks like it belongs on the cover of a country album sometimes. Rolling fields, beer and farms everywhere, cow fields ten minutes from downtown—the imagery isn’t going to leave anytime soon. Bluegrass Jam at Dick’s Den gives us a connection to a vital part of the Ohio identity. with the very best in bluegrass and jazz.

$5 movies and free popcorn all day

Most of us don’t go to the movies anymore because we’re wondering why you’d ever spend eight to ten bucks instead of paying the Netflix subscription. The cost of concessions sure doesn’t help. Gateway Film Center, though, perserveres against what some are considering the death of the movie theater. Movies for $5 and free popcorn might be what they need to beat staying home.

There’s still some part of us that wants to believe in magic, even as adults. For just a little while every week, P3 Magic might be able to make magic real for you. Located in a small 40-seat theater, Tuesday Night Magic lets viewers get a really good look at the tricks on display. The magicians are so confident in their tricks that they’re willing to let people get that close—or magic is, in fact, real, and everything we wished for as kids might be true. Plus, free booze, so, hey.

Level For All Mankind

The Short North is chock-full of cool stuff to do. Sometimes it’s hard to make yourself stand out, but Level Dining Lounge and DC Kareem might have the solution to being seen. With local DJ Tronmusic bringing the best in dance tracks, house, and remixes every week, they’ve got their work cut out for them. With no cover charge and a simple rule of “Be good to one another,” you can rest assured your time will be well spent—and without a cover, you don’t have to spend anything!

Ruby Tuesday has stood in Columbus since 1973 and hosted quality music as long as it’s been around, but the Writing Wrongs Poetry event has only recently begun at the bar. The poetry slams aren’t only open mics, either. In the past there have been Team Challenge Slams, workshops, and competitions. Just as poetry is more than romantic imagery or perfect rhyming, the Writing Wrongs poetry slam always promises more than poetry.