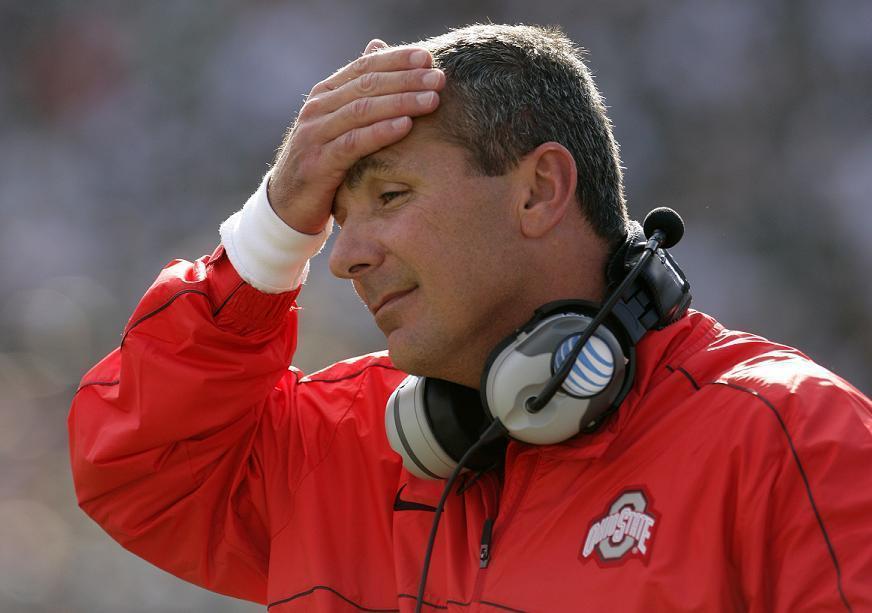 In a statement from Ohio State: “The university is conducting an investigation into these allegations. During the inquiry, Urban Meyer will be on paid administrative leave. Ryan Day will serve as acting head football coach during the investigation. We are focused on supporting our players and on getting to the truth as expeditiously as possible.”

Coach Meyer released his own statement supporting the decision.

“Gene and I agree that being on leave during this inquiry will facilitate its completion. This allows the team to conduct training camp with minimal distraction. I eagerly look forward to the resolution of this matter,” said Meyer.

Though he publicly denied knowing anything about domestic violence allegations against one of his coaches in 2015, new evidence has reportedly come to light that suggests Ohio State football head coach Urban Meyer may have lied.

“Text messages I have obtained, an exclusive interview with the victim and other information I have learned shows Ohio State coach Urban Meyer knew in 2015 of domestic abuse allegations against a member of his coaching staff,” wrote McMurphy.

“Courtney said [Shelley] knew about the abuse that begin in 2009, continued in 2015 and culminated with Zach Smith being served a domestic violence civil protection order last week.

At the Big Ten Media Days in Chicago last week, Urban said he knew about the domestic violence allegations against Zach in 2009 but not 2015.

Urban said if he had, Zach would’ve been fired.

In an interview with McMurphy, Courtney reportedly said she and Shelley regularly talked about Zach’s abuse in 2015.

She also told McMurphy that Shelley said she would have to tell Urban and Courtney encouraged her to do so.

Shelley never followed up with Courtney about whether or not she took the information to Urban.

Here is one script from an alleged text conversation between Courtney and Shelley in 2015:

Shelley: “I am with you! A lot of women stay hoping it will get better. I don’t blame you! But just want u to be safe. Do you have a restraining order? He scares me”

Shelley: “Geesh! Even w the pics? Didn’t law enforcement come to your place ever??”

Shelley Meyer is a registered nurse and instructor of Clinical Practice at the Ohio State University College of Nursing.

Title IX—which applies to all Ohio State University faculty—prohibits “discrimination on the basis of sex, can include sexual harassment, rape, and sexual assault.”

Courtney sat down with Stadium to talk about what role Urban Meyer and his wife, Shelley, should have had in intervening.