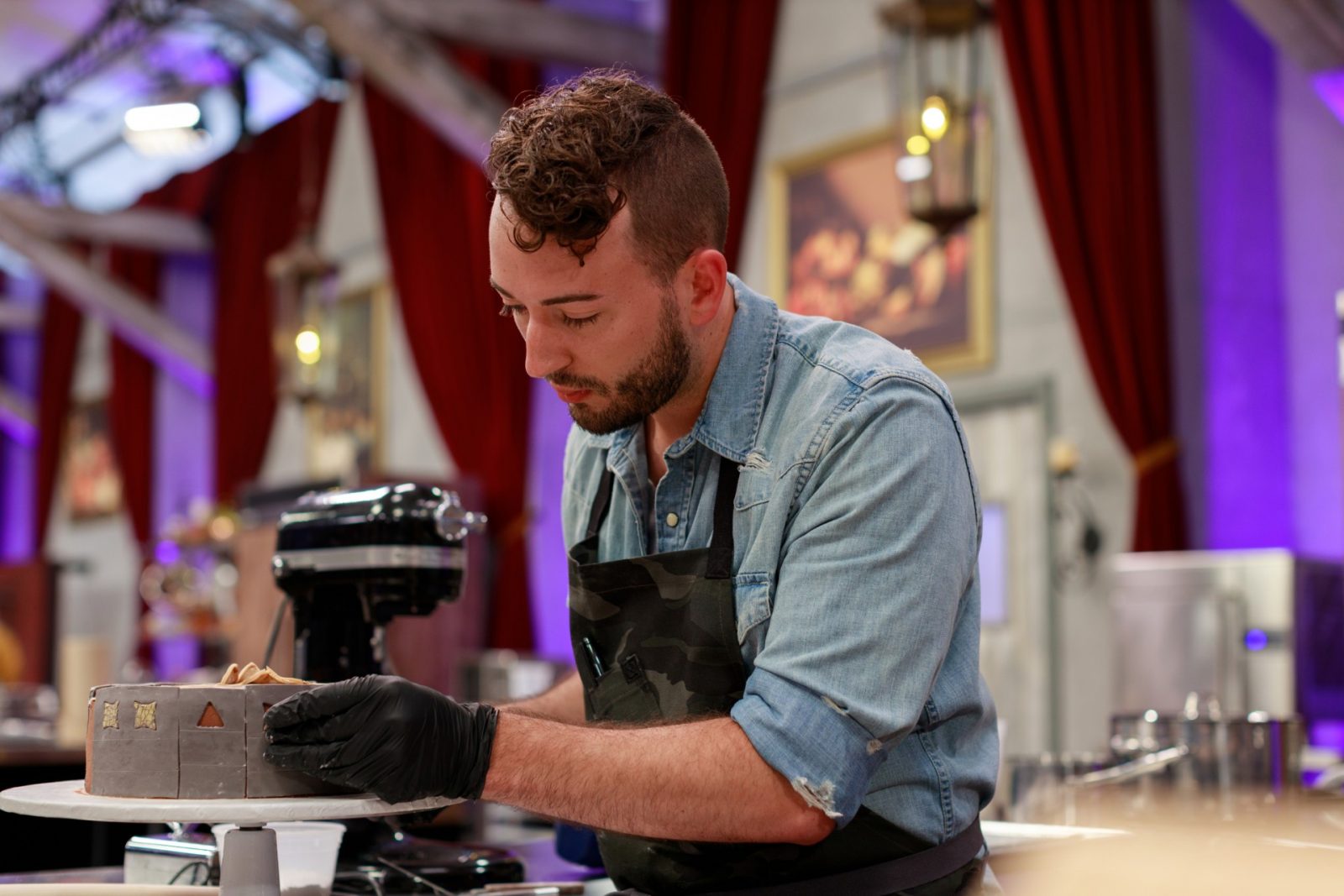 Local pastry chef Aaron Clouse will enter the confectioner’s colosseum for the third time tonight as he begins round three of Food Network’s Halloween Baking Championship. On Monday, Sept. 28, at 9 p.m., viewers can tune in to watch him fight for the grand prize of $25,000 and the title of Halloween Baking Champion. Win or lose, Clouse has big dreams for his future in cooking and television: he wants a show of his very own.

“As most of my friends would probably agree, I live and breathe Food Network!” Clouse said in an email. “I have always been inspired by the shows I saw on Food network as a kid and I think it was always a dream and goal for me.”

According to Clouse, his history in the Columbus culinary scene has prepared him well for the twists and turns of T.V. He has worked in cake shops, corporate environments, restaurants, and cafes across the city for years. And his dream is to host a show focused on pastries and travel–telling cultural stories through international sweets.

“I have always been obsessed with culture and geography and I would love to be able to explore the pastry world,” said Clouse. “I believe that food is a language in itself and though I may not speak many languages I hope to film and document the language of food all over the world.”

In this vein, Clouse plans to launch a line of products based on locations renowned worldwide for their role in the production of sweets–places such as Bourbon Island near Madagascar, where vanilla beans are produced; the three coffee-producing regions of India; and the cocoa farms of Africa’s Ivory Coast. Profits from these products will fund trips he plans to take to each location to film.

Despite his global aspirations, Clouse expressed deep love for the Columbus food scene, which he hopes to bring more attention to through his work. He said the support from the community has been vital to him.

If he goes all the way, Clouse said he will put the prize money toward his pastry show dreams. Even if he doesn’t get the prize, he said the opportunity will still help him achieve his goals.

“One of the biggest lessons I have learned and am still learning is to trust my instincts and to be confident,” Clouse said. “This experience has already been a dream come true and has helped me to believe that I will be able to reach all of my goals and dreams.”