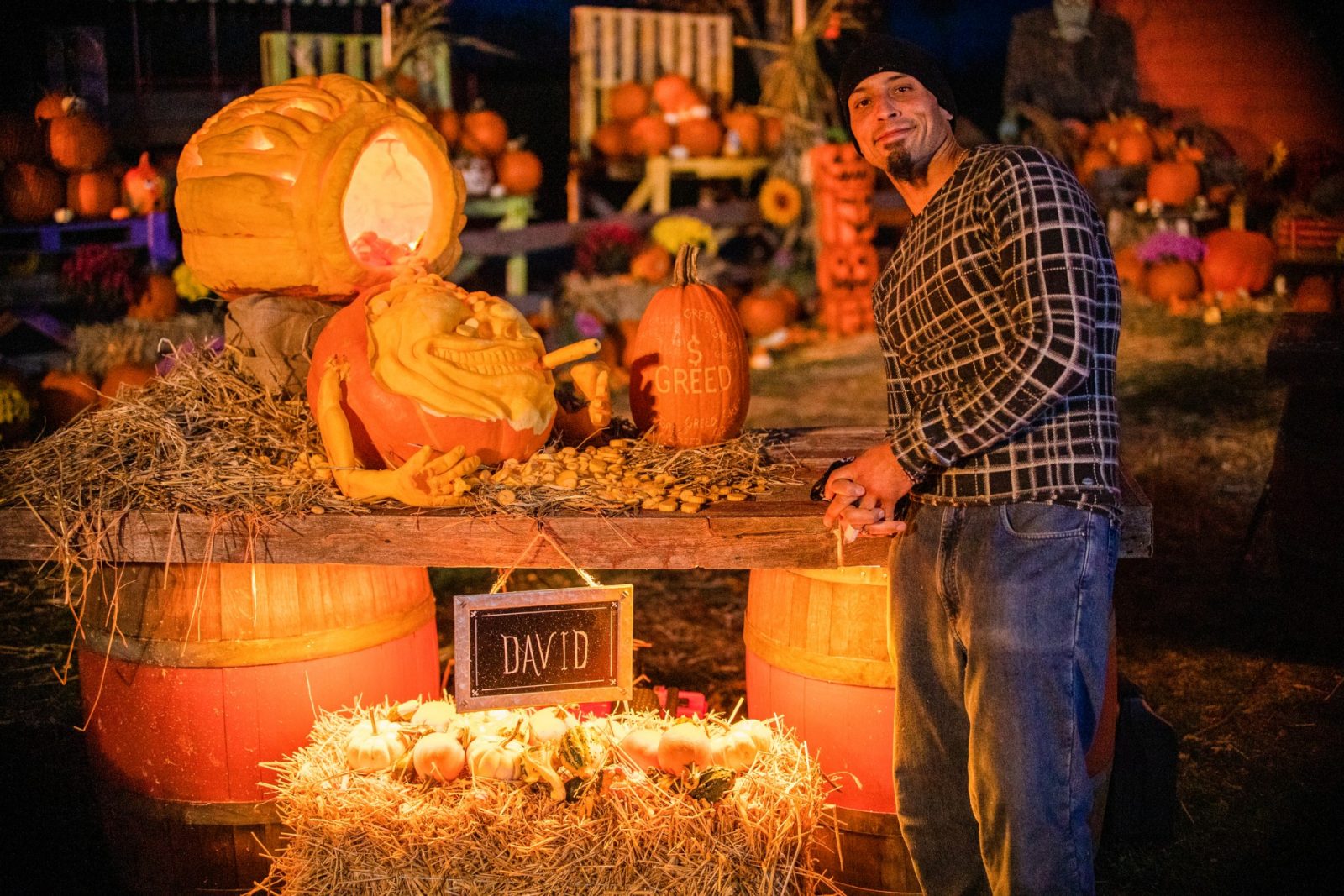 Westerville resident David Smith can carve just about anything, so it’s no surprise he has carved out a regular spot on the Food Network lineup.

This Sunday, Smith will advance to the second round in Food Network’s Outrageous Pumpkins competition after scraping by round one against stiff competition. If he can squash the competition and keep his gourd on straight, Smith has a chance at a $25,000 grand prize.

In addition to carving pumpkins, Smith’s business, Frost Lion Ice Plus, specializes in ice and fruit sculptures. Smith said a unique challenge of pumpkins is that each gourd is unique, and requires a “pumpkin whisperer” to discern its potential.

“You’re listening to hear which pumpkin wants to be what,” he said. “So the shape of the pumpkin and the personality of the pumpkin is kind of apparent right off the bat. And if you’re lucky, it will kind of speak to you and tell you what it wants to be, and you don’t even have to think about it.”

Thanks to his keen ear for pumpkin speak, Smith is no stranger to Food Network competitions. Prior to Outrageous Pumpkins, he competed in pumpkin carving for Halloween Wars 3, earning second place, and Halloween Wars: Hayride of Horrors, which his team won. He also appeared on Cake Wars Christmas, where his team made it to the final round. With temporary artworks made of food and ice, Smith said the performative aspect of creation is just as important as the product, something that has prepared him well for his TV appearances.

“You’re almost doing yourself an injustice if you don’t utilize all the cool stuff at your disposal to give the crowd a good show,” he said. He loves the showmanship that comes with power tools, blowtorches, and speedy builds that send materials flying.

Smith first found his penchant for unusual sculpture while attending culinary school in 2009. He still remembers seeing a chef carve a beet into a rose for the first time and deciding to pick up the art for himself. Soon after, he was competing in culinary competitions and apprenticing as an ice carver. Pumpkin carving followed soon after, leading to his first Food Network appearance.

If Smith goes all the way this time, he said he looks forward to spending the prize money on tools to make his process even flashier and more entertaining for customers.

The second episode of Outrageous Pumpkins will air this Sunday, Sept. 27, on Food Network. More of Smith’s work can be found on the Frost Lion Ice Plus website.