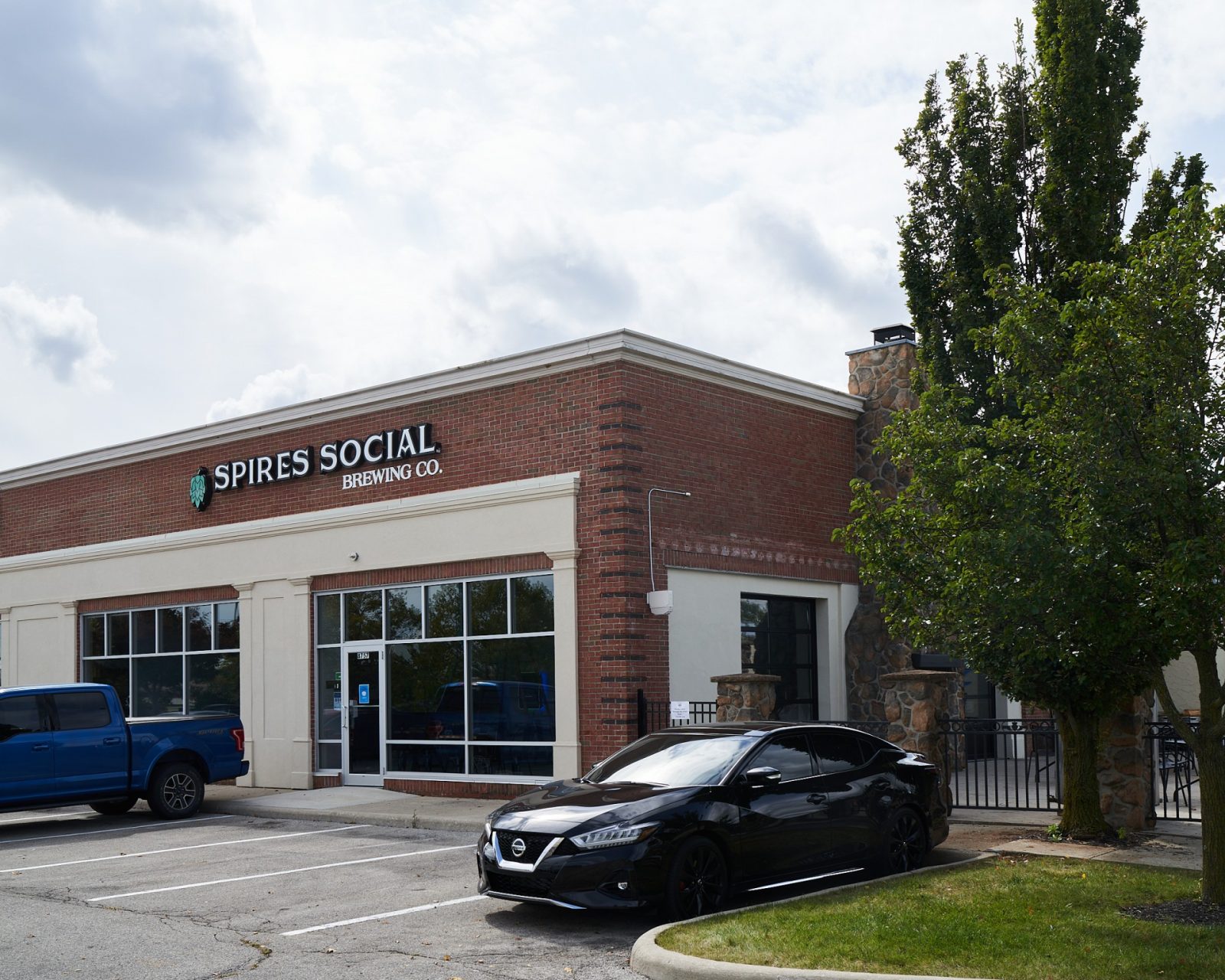 It’s a fairly common thing to see a craft brewery gunning for the largest production output possible right when they open. They’ll push hard to get their cans into whatever bottle shops or grocery stores will have them.

For the newest Columbus brewery, Spire’s Social Brewing Co., this isn’t the case. In fact, it’s far from it.

Located at 8757 Sancus Blvd., the brewery officially opened last Saturday, Sept. 26. And right now, the husband and wife duo of Alex and Megan Spires want to do what they can to appreciate that.

“That’s the thing, we love going to breweries, it doesn’t matter where we are, anytime we travel we seek them out, we love the atmosphere and the environment, and that’s what we want people to get here,” Megan said.

And that’s apparent from the moment you walk in and see the owners enjoying a beer with a pair of regular patrons, all laughing and joking like old friends. The industrial-chic taproom offers a friendliness and warmth that many others can’t match.

And they want to be more than just welcoming, the Spires want to help their patrons really engage with the world of craft beer.

While brewmaster Alex Spires was studying for the cicerone test (the equivalent of a sommelier for beer), the pair would regularly learn about styles and ingredients as well as take sensory tests to enhance their drinking experience.

“[The sensory tests] were great, and it’s stuff like this that we’d really like to offer in the future. The more we learn about beer, the more we enjoy drinking it, and that’s what we want to spread to everybody.”

The new brewery has even more unique plans to draw patrons into the beer-making process as well. Currently sitting on the spacious back patio is a tank of their version of the “Black is Beautiful Stout” (a recipe passed among breweries made in support of the BLM movement) with blackberries and molasses added.

The Spires began calling this the Patio Pilot (pilot is the name given to a smaller brewing system many breweries use to test beers or make small batches), and noticed it had a draw on people, who would frequently ask questions about the beer and the brewing process.

“We came up with this idea for when people are here to kind of interact with the beer. We realized we were having a lot of fun. We were able to engage more people and get them interested too,” Alex Spires said.

The brewery plans to continue the patio pilot system with a number of different beers, and may even invite local homebrew clubs to test their recipes on the setup.

And while Spires Social may present a relaxed, friendly atmosphere, they’re also very serious about making good beer. And it shows.

Currently on tap is a menu of four flagship beers, rounded out with several “guest appearance” beers from local brewers–“So there’s something for everyone, along with wine and cider,” Alex Spires said.

One of Spires’ favorites is a brew he made on a homebrew system for nearly a decade before opening the brewery: “Jim Loves a Blonde Ale” (5.7% ABV). The name comes from the pair’s friend Jim, who was given a hop plant by the couple that flourished at his house. Hops from that plant were used in the original version of the brew. This beer is the rare blonde ale that can both entice new craft beer drinkers and seasoned beer nerds alike. It has a more robust body than most blondes, and the use of cascade hops gives the beer a crisp but subtle hop presence that’s often missing from the style.

Additionally, their “Mask UP Hazy” IPA (7.4% ABV) shines above many other examples of the style that offer a muddy smear of hop flavor. This beer retains the fruit-forward character of Azacca hops and the bright, orangey bite of centennial hops.

So while Spires won’t blow anyone away with massive production output, and you won’t be able to grab a six-pack at the grocery store just yet, the brewery more than makes up for it with engaging in-person drinking at their taproom and excellent quality brews.