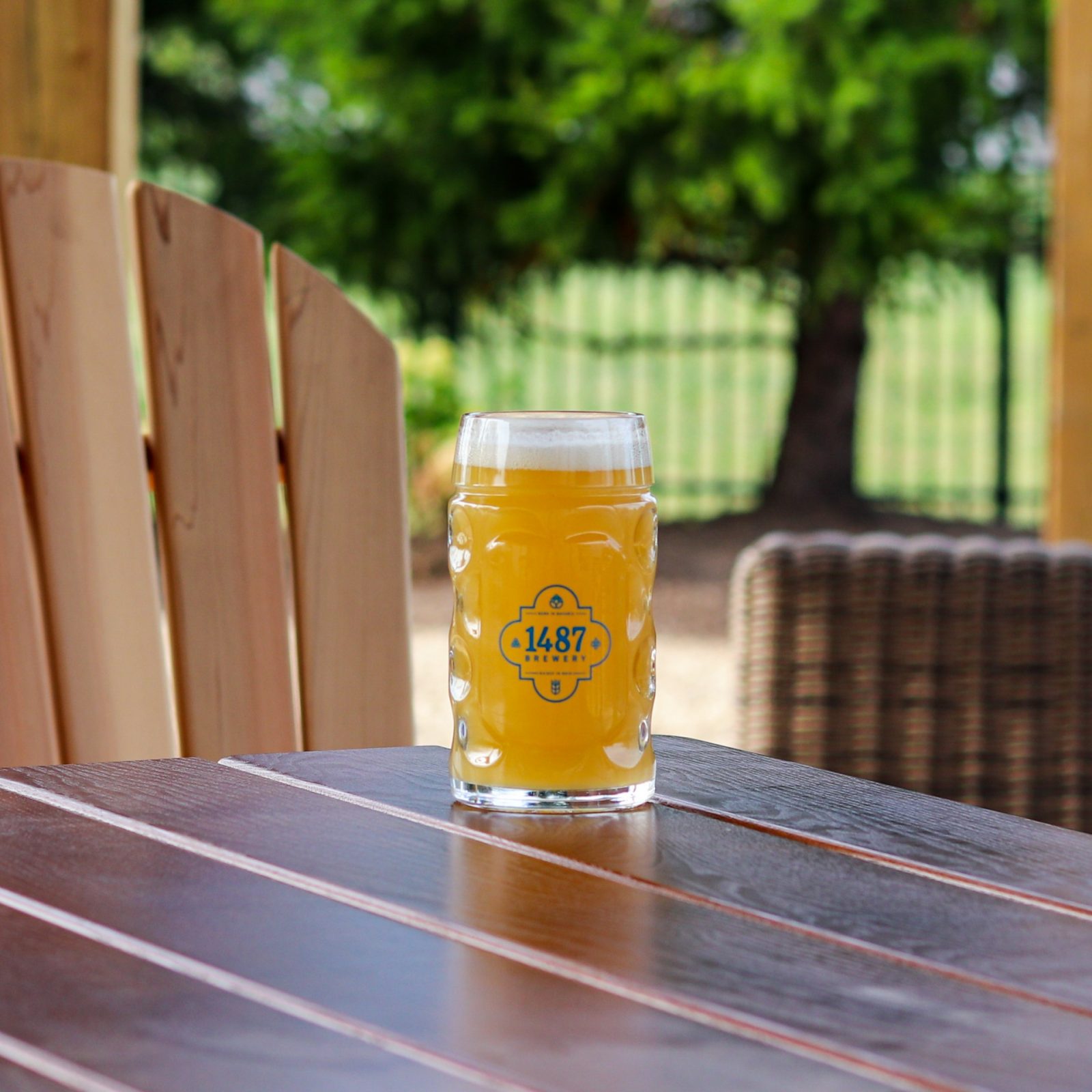 Grow a beard and make a difference

After living in Columbus and drinking in the craft beer scene (pun intended) for almost two years, one of my dreams has finally come true: a local craft brewery focusing on traditional German beer styles.

And fittingly enough, 1487 Brewery & Biergarten, located at 7620 Industrial Parkway in Plain City, has its roots in Germany itself. Munich to be exact, where 1487 CEO Ben King (who founded the brewery alongside business partner and German national Thomas Garbe) worked as an executive for an engineering and technology company.

While he was a casual beer drinker before, his time in Germany set King on a path he hasn’t strayed from since—making great German beer.

“I would drink beer before moving to Germany, but it was never really my go-to,” King said. “Going to some local biergartens got me more involved in beer though—I remember sitting there and seeing families, kids running around with dogs, all just enjoying each other’s company and having a good time. It was like a Metropark here, just with good beer.”

King then relocated to Ohio and began building up 1487. He started brewing in 2016 and then officially launched the brewery in 2017 out of a barn in Alexandria, OH,  focusing on the wholesale market. Their spacious Plain City location—boasting roughly 8,000 square ft.—is their first venture into retail sales, and I am über excited.

Citing the rapturous Biergartens he experienced in Munich, King is hoping to offer a similar atmosphere in their large adjoining patio (which with approximately 8,000 square ft. mirrors the building itself). The outdoor seating and heating, community space for games, and fall-friendly fire pit make 1487 an obvious candidate to be a top-tier craft beer venue.

According to King, the brewery is built on two traditional German tenants: “gemütlich”, which translates roughly to a feeling of intense, cozy comfort; and “reinheitsgebot”, a 16th-century Bavarian purity law that states beer should be made with only water, malt, hops, and yeast. While they may occasionally stray from this with the odd adjunct beer, it captures the brewery’s dedication to crafting fantastic beer while using real German ingredients.

And that’s the part I’m most excited about: the beer itself. 1487 plans to feature 23 brews on tap eventually, and while several of these will be guest lines and or dedicated to a handful of non-traditional styles (like American IPA), the majority of them will be traditional German styles.

While King says the market will dictate a lot of the beers they choose to focus on, he and head brewer Matt Crema envision their kölsch and hefeweizen as their most popular beers amongst guests.

The kölsch, in particular, was fantastic—bright, crisp, and immensely drinkable with a hint of light malt—it’s perfect for both the session drinker and the discerning craft veteran. The brewery’s altbier was another standout, as it deftly balanced a wonderful malt sweetness with the lighter body and mouthfeel that makes the style so easy drinking.

“That’s one of our goals,” King said, “We want to win a German award with American beer.”

Currently, the brewery doesn’t have a hard date set for its grand opening in Plain City, but they plan to open their doors (with limited hours) to the public, likely in several weeks, for beer service.

Currently, growlers and crowlers can be filled by appointment. Feel free to email [email protected] to secure some great German beer for yourself.

1487 also plans to offer a tasteful menu of elevated pub food, with the usual offerings of burgers and wings, but also—keeping in theme—selling German favorites such as sausage, schnitzel, and Bavarian pretzels from the kitchen of head chef John Abner.

The brewery is also currently accepting applications, as they’re looking for employees to fill back of house positions, offering flexible full and part-time scheduling, benefits for full-time employees, discounts, and performance bonuses.