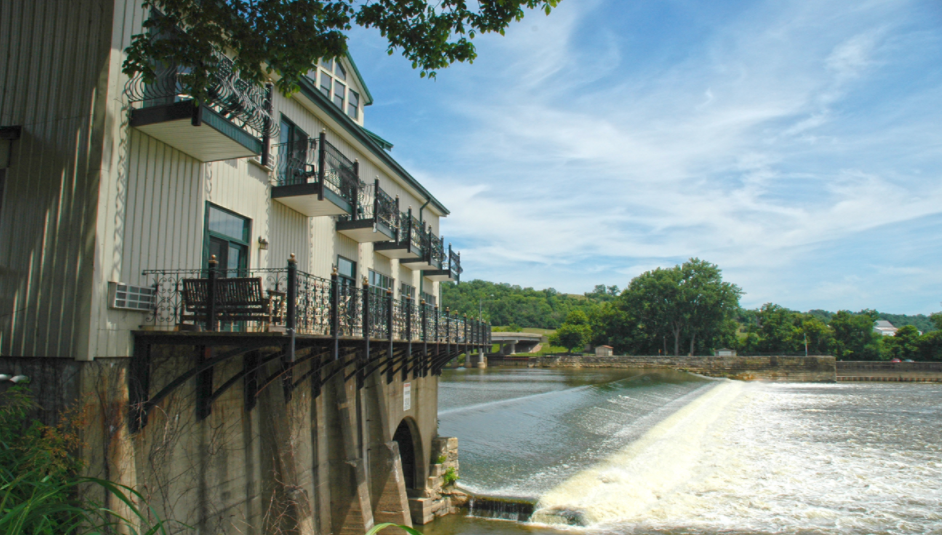 The pop-up you’ll need to visit for mom

For a getaway that fuses history with adventure, you’ll want to visit the hydroelectric-powered Stockport Mill Inn at 1995 Broadway Ave. in Stockport, which is less than two hours from Columbus.

Constructed in 1906, the mill is the last remaining structure of its kind on Muskingum River. The mill stopped running in 1997, and by 2000, the facility was repurposed as the Stockport Mill Inn and Restaurant on the Dam.

When you’re there, you’ll be able to take in the site’s original architecture and building materials. And there’s quite a lot to take in: The space boasts a whopping 14 guest rooms, all with private balconies overlooking the river.

While it’s going to be easy to get distracted by those picturesque views, you’ll want to save some time to visit the Inn’s restaurant, which is open evenings from 5-9 on Saturday and then from noon to 4 p.m. for a Sunday buffet. Reservations are required. The menu has something for everyone, from cheese boards, to steak and ribs, to veggie linguini and the mill’s Morgan County Caviar (featuring beans, corn, and fresh vegetables).

We wouldn’t blame you if you wanted to stay holed up in your room for some serious R&R against a gorgeous backdrop, but there’s also a lot to explore beyond the mill itself.

In just a 20-minute drive, you can visit the Twin City Opera House. This historic theater dates back to 1892, and it’s still kicking. You can catch weekend films or schedule a tour.

And about 45 minutes away from the Mill is safari park and conservation center  The Wilds, which recently opened for the season. Featuring nearly 10,000 acres of reclaimed surface mining land for 30 rare and endangered species, the site is open daily from 10 a.m. to 4 p.m. through October.