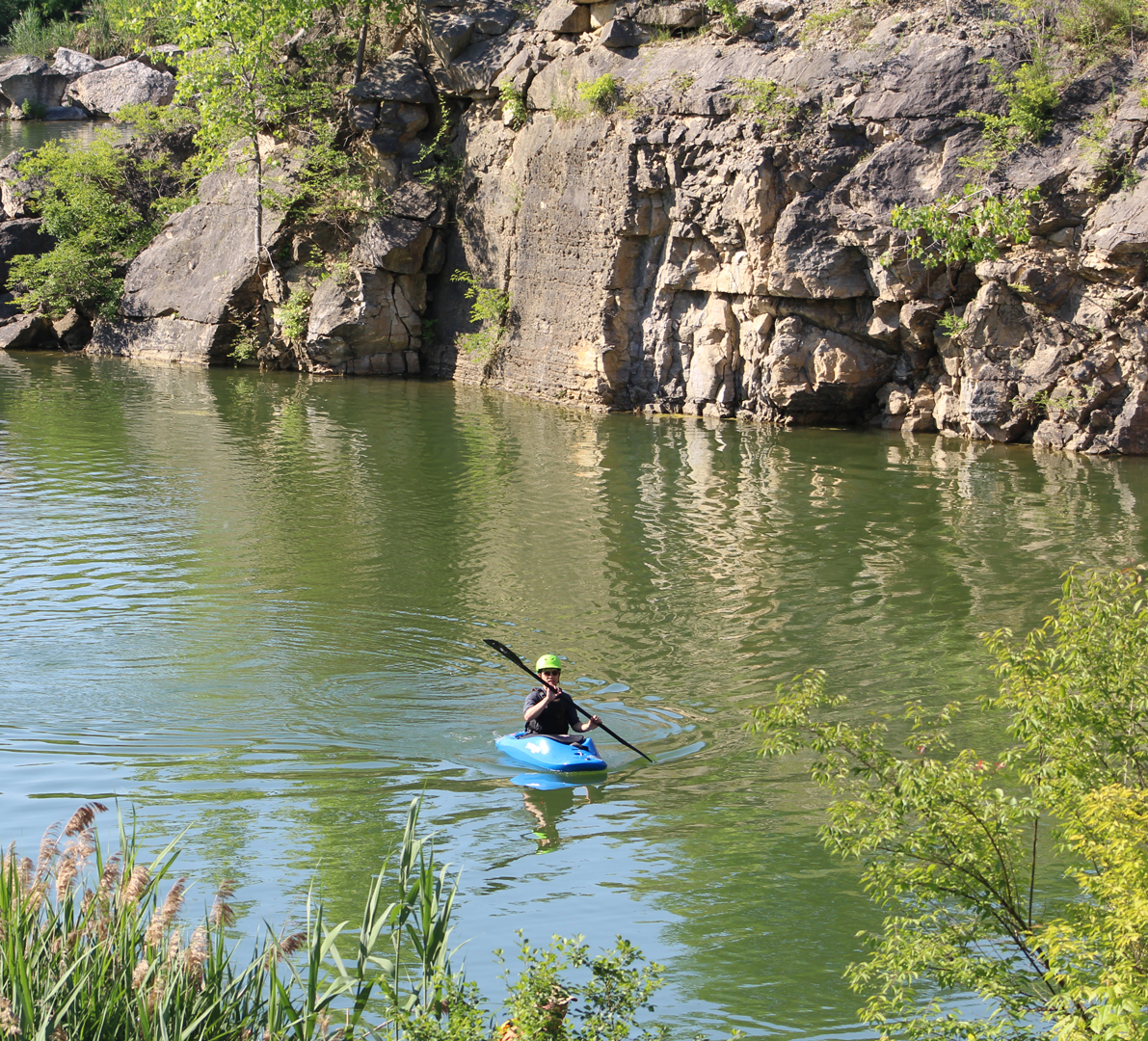 This might sound like a weekend trip to Yosemite to some, but it’s actually just a list of the headline features for Quarry Trails, the 20th Metro Park, which is now slated to open this fall.

Located along the west bank of the Scioto River near the intersection of Dublin and Trabue roads, the new 180-acre park ( just 64 acres will open initially) is born from a unique partnership between Columbus and Franklin County Metro Parks and local real estate developer Thrive Companies.

Thrive is converting the site—600 acres in total—into a new live-in community of the same name. They’ve partnered with Metro Parks, which is creating the Quarry Trails park that will stand adjacent to the new housing development, giving the community unfettered access to the fresh new recreation area.

And if the name didn’t give it away, the park (and development) is being built on the site of a former limestone quarry, adding a layer of intrigue and some fun historical flair.

“Supposedly, it made some of the stones that were used in Ohio Stadium at OSU and the Statehouse downtown, so it has a long local history,” said Peg Hanley, Metro Parks public information manager.

Quarry Trails will boast a dog park, climbing walls, single-track mountain bike trails with built-in obstacles, miles of hiking trails (some even skirting the quarry rim), an observation deck, and even a channel connecting the pair of on-site quarry lakes for kayaks and paddleboards. It will also provide access to the nearby Scioto River, and a walking path that leads to a beautiful 25-foot waterfall.

And although the new Metro Park is located on a former quarry, it will still provide that connection to the natural world so many park visitors are after. In fact, according to Hanley, wildlife sightings are frequent.

“It’s really unique, because of the quarry lakes, in the morning you can whitetail deer and waterfowl as well as a beaver lodge,” she said.

Details for the partnership and park construction were announced back in 2017. This, in combination with the full slate of natural and recreational attractions, have led to heightened anticipation for its opening. But if all goes according to plan, we shouldn’t have to wait long now.