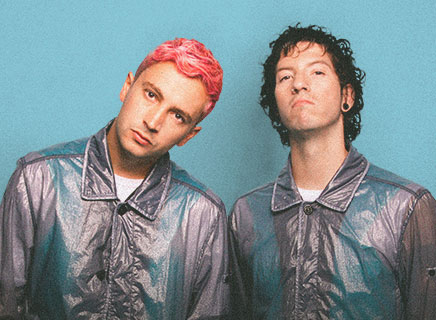 Locally-grown Twenty One Pilots are heading home this October.

According to a press release, Twenty One Pilots are slated to perform Oct. 29 and 30 at Nationwide Arena. Verified fan registration is open, and you can register now for access to tickets.

The performance is part of the duo’s “Takeøver Tour,” which kicks off Sept. 21 in Denver, Colorado.

Twenty One Pilots recently released their new album, “Scaled and Icy,” which debuted at No. 1 on Billboard’s top rock albums and alternative albums charts. The album also earned a No. 3 ranking on the Billboard 200. Standout tracks include “Saturday,” “Choker,” and lead single “Shy Away”.

If you liked this, read: Your guide to summer events