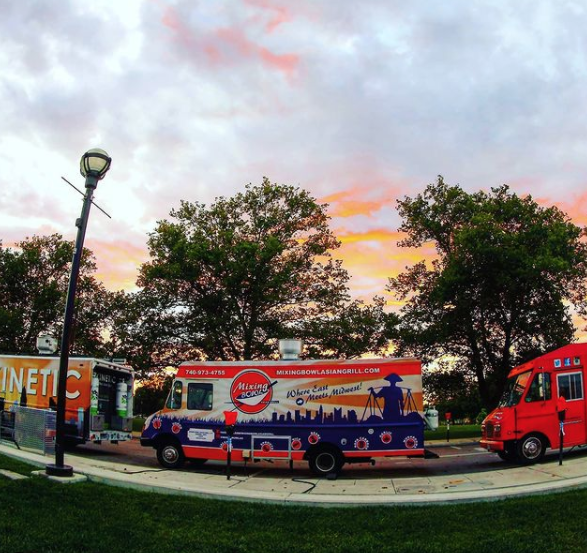 What’s on Our Plate

As the temperature inches upwards, we can’t help but daydream about our favorite Columbus-area festivals and summer events. While the pandemic put a wrench in events across the country last summer, this time around, event planners are finding creative ways to keep the party alive.

Stick with us as we preview what to look for this summer:

Greek Festival
While the annual Labor Day weekend festival could still be possible, Annunciation Greek Orthodox Cathedral parishioners have opted to hold Taste of Greece May 14-16 at the cathedral.

The Memorial Tournament
According to the event website, this annual golf tournament is slated for May 31-June 6 at Muirfield Village Golf Club.

What? Music and Arts Festival
The third annual festival will take place Aug. 6-7 in the Franklin arts community.

Festival Latino
According to the event website, this annual family-focused celebration is slated for Aug. 14-15 at Genoa Park.

Columbus Food Truck Festival
The festival is slated to happen Aug. 20-21 at the Scioto Mile, according to event organizers Mike Gallicchio and Chas Kaplan.

Columbus Crew
The MLS regular-season opener was held April 18, and the Crew’s brand new stadium opens July 3, according to Director of Communications and Broadcast Tim Miller. Check out the season schedule for more information.

Columbus Clippers
The Clippers are slated to begin their regular season on May 4 at the Louisville Bats, with the home opener scheduled for May 11 at Huntington Park. Check out safety guidelines for when you go.

Nationwide Arena concerts
Nationwide Arena’s first concert in more than a year is slated for Sept. 18 with CMA Entertainer of the Year Eric Church. More concert announcements are expected soon.

Asian Festival
Per the event website, this year’s celebration will be virtual. Streaming will start May 29 and continue May 30.

Stonewall Columbus PRIDE Celebration
NBC4 is partnering with Stonewall Columbus and Columbus production company Mills James to stream a virtual PRIDE march event at 9:30 a.m. June 19. The event will be aired live on NBC4i.com and NBC4 social platforms and then broadcasted that night after Saturday Night Live.

Comfest
This year’s Comfest (June 25-27) will be virtual this year, with live and recorded sets of performances, workshops, and other events, according to event planner Marty Stutz.

Jazz & Rib Fest
Columbus’ Recreation and Parks Department announced in February that the Jazz & Rib Fest would be cancelled. Smaller, neighborhood-driven events could still be a possibility.

Columbus Arts Festival
The Greater Columbus Art Council announced in February that this annual summer festival would be canceled due to ongoing public health concerns surrounding the COVID-19 pandemic.

Red White and Boom
While the annual event is off for July, organizers are trying to get together a later, alternative date.