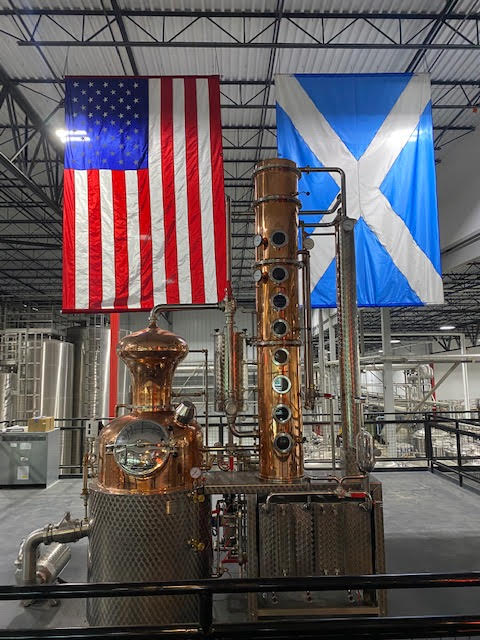 From craft beer-making across multiple continents, to operating a dog-friendly Canal Winchester hotel and even throwing a massive yearly music festival, BrewDog already has its paws in a large number of central Ohio ventures.

And they’re about to launch another.

According to Keith Bennet, manager of special projects and business development at BrewDog USA, the brewery will be opening a distillery out of its United States headquarters, located at 96 Gender Rd. in Canal Winchester. He said the spirits produced there will be ready as early as October.

BrewDog already operates a fully-functioning distillery in Scotland, where the company is based, but this will be its first American one.

“The BrewDog Distilling Co. is based in Ellon, Scotland and is a full scale distilling operation, producing vodka, gin, rum and RTD mixed cocktails,” Bennet said. “BrewDog wanted to have some kind of tie back to the Distilling Co. in Scotland and the ability to produce spirits here in the US, so it installed a 200L Arnold Holstein copper pot still on the mezzanine viewing platform in the brewery.”

He noted that copper for the pot, which was modeled after a smaller pilot system at their Scottish headquarters, is imported from Germany.

Not only will the longtime brewers be creating their own unique spirits at their new Canal Winchester distillery, they’ll also be creating a variety of one-off collaborations with local distilleries, as well as importing their LoneWolf Gin, Five Hundred Cuts Botanicals Rum, and other spirits made in Scotland. Currently there are no plans to sell products from the Canal Winchester distillery outside of BrewDog establishments.

If you like this, read: Popular craft brewery opening a New Albany taproom next week