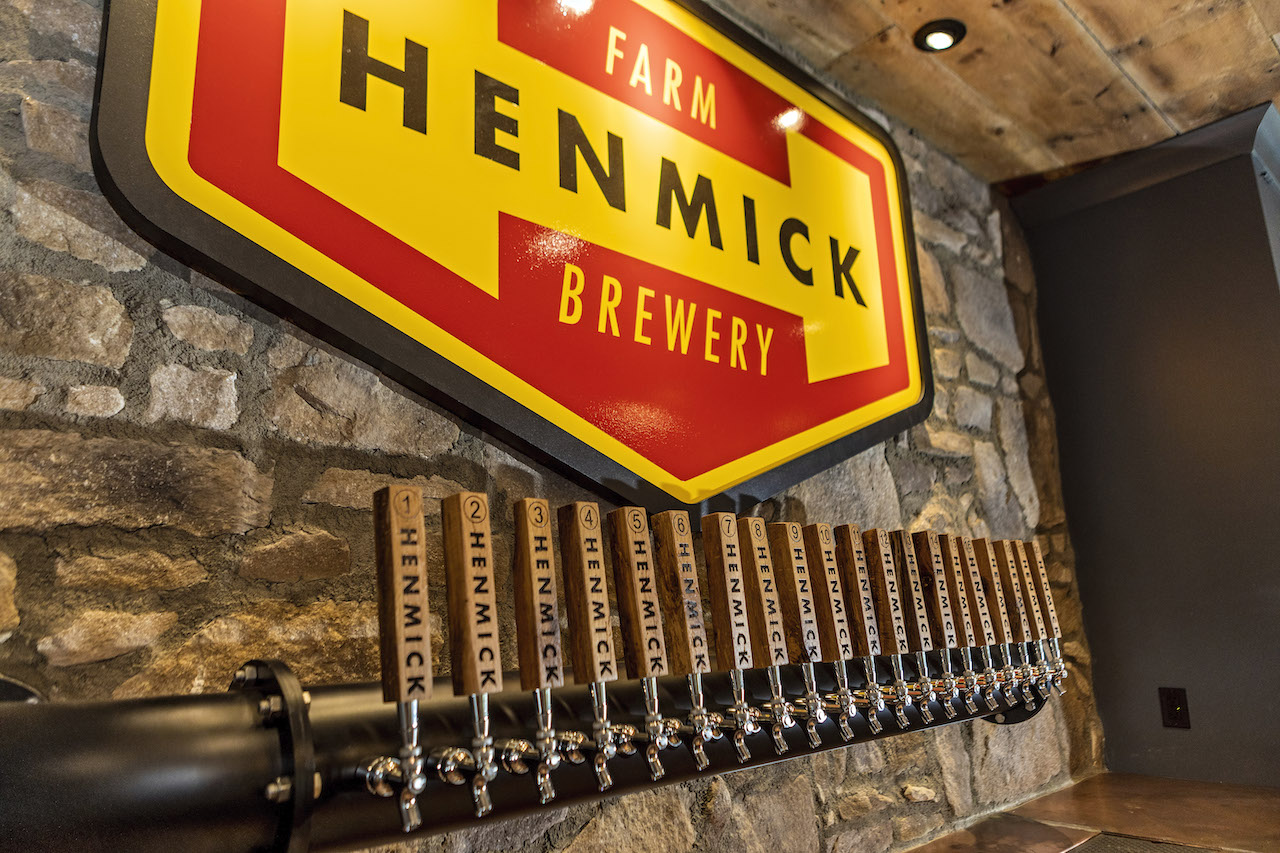 The best Columbus spots for subs

Up in Delaware County, where the trees are older and population less dense, 17-year cicadas unleash a cacophony so loud that it’s difficult to hear Nick Sheets talk unless I’m next to him.

We’re standing outside of his family farm, one that’s stood at this location northwest of downtown Sunbury since 1835, when the first of the Sheets clan relocated here from Virginia. In front of us is a sweeping expanse of farmland, plots that are now rented out to local growers, as Nick and his family stopped farming themselves in the 1980s.

But it’s what’s behind us that really brought me out here.

On a whopping eight acres of land stands a horse in pasture, a wildflower garden, and several scattered farm buildings, including a horse stall, tool sheds, a farmhouse, and one very large (11,000 square feet) contemporary structure.

All of these eight acres, from the copse of huge pines to the horse barn, are all part of Henmick Farm & Brewery, a new destination brewpub to open this month that redefines the brewery experience as we know it.

“You know, every time I’m in New England there are all of these awesome farm breweries,” Sheets said. “When my father passed away nearly four years ago, my family, my sister, my brother, my aunt, and I all needed to figure out what to do with this land. We’re emotionally attracted to it, and we wanted to do something that would give it a new life.”

At Henmick, all of the brewery-specific functions take place in the largest on-site building, the aforementioned  11,000 square-foot structure. It holds a beer production facility with five fermentors that will likely have 10 different brews ready (including three different IPAs, a sour ale, a kolsch, a hoppy wheat, and more) upon opening. The brewery even plans to feature their own line of cider this fall.

The final section of the 11,000 square foot brewpub—a space that will also be used for private events beginning in 2022—is a historic Ohio barn that was taken down piece by piece from its original location in Lancaster before being painstakingly reconstructed on site. It even holds a massive wood-burning fireplace for extra comfort in the colder months.

“I love old barns, especially in Ohio,” said Sheets. “When you walk in here, it really does feel like you’re standing in an old one, with the reclaimed hemlock siding and everything. And this looks so much like the barn we used to have here.”

While the interior of Henmick Farm & Brewery is worth a trip in and of itself, what truly sets the new brewery apart is its massive outdoor space, the eight full acres that Sheets and his family are inviting all of you to come explore at your own pace.

This includes not only the garden courtyard complete with two fire pits abutting the brewery’s event space, but also the long stretches of open grass, the treeline that marks a natural property boundary, and even the horse barn and other buildings.

“The beauty of it is, you can do whatever you want. I want people to explore the entire property. And eventually, as we do more improvements, we’ll open up more and more space for people to explore,” Sheets said. “You can go wander off, bring the kids with you, and have a nice beer in hand at the same time.”

Because at the end of the day, what Sheetz and his family are trying to recreate at Henmick Farms is the feeling of the traditional Midwestern getaway. It’s not a trip to the beach, and you’re not jetting off to Europe, but you’re heading to your own quiet corner of Ohio to spend time with the people and places you care most about.

“Everybody has some relative, some friend who had a family farm they went up to. So many Midwestnerners have that connection, and we want to tap into it,” Sheetz said. “It’s really what we’re doing here, we’re saying, ‘Hey, let’s go take a weekend trip up to the farm.’”

If you like this, read: Brewing Change: Central Ohio’s first Black-owned brewery wants to give a voice to minority members of the craft beer community