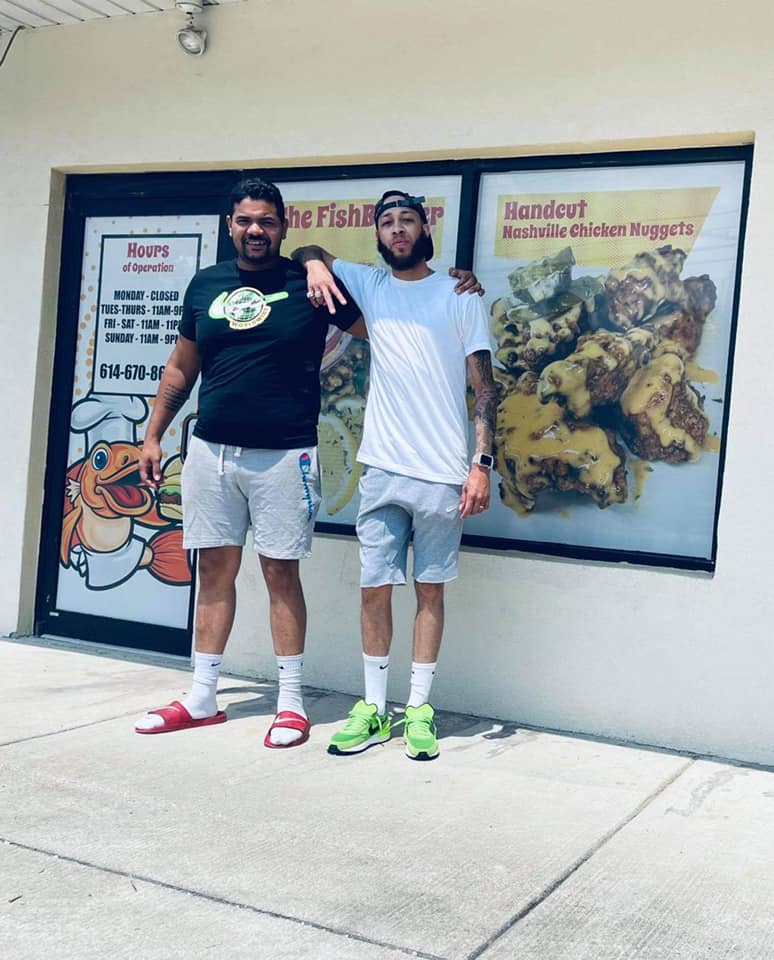 Just after Randy Keyes started selling hamburgers and fish sandwiches out of his Columbus home in early 2019, he was given a piece of advice that he can distinctly recall.

“Somebody told me fried fish and hamburgers don’t go together,” he said with a laugh.

But instead of letting this get to him, Keyes doubled down. And you should be glad he did, Columbus, because it paved the way for FishBurger.

In a short amount of time the concept moved from an in-home enterprise, to a food truck, and now—roughly a year and a half later—a standalone restaurant space. FishBurger, located at 1808 E. Livingston Ave., will be opening in several weeks, according to Reyes.

And he’s getting by with a little help from his friends.

Joining him in the venture is acquaintance-turned-business-partner Demetrius Howard, better known around Columbus as rapper and producer Soop.

“I would be trying to sell food at these clubs and venues, and I kept running into Soop, who would be performing,” Keyes said. “We were friends already, and when he saw the business and how hard I was working, he signed on.”

While FishBurger will be selling their BurgerBurger—a classic hamburger featuring a blend of ground beef and brisket—in addition to their Nashville Hot Chicken sandwich, the eatery’s flagship menu item is the one that garners the most attention.

“The first time we gave them away to about ten of our friends, they immediately went to social media and started writing about how good they were,” Keyes said.

If you like this, read: This longtime Columbus chef is launching a gourmet sandwich food truck