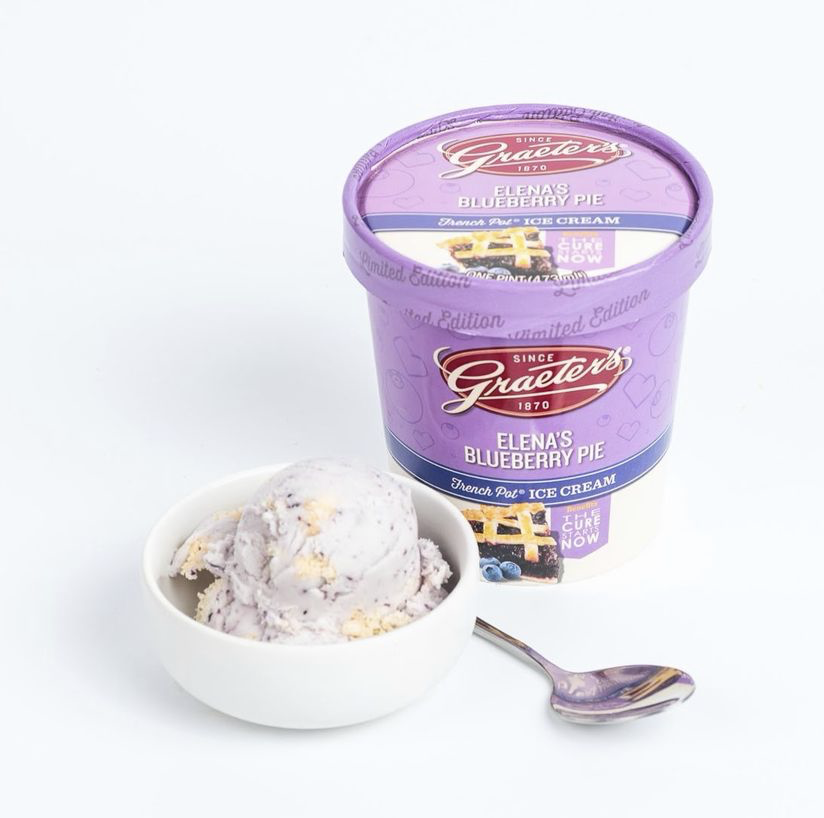 You’ve heard about ice cream on pie, but Graeter’s is flipping the script.

They’re putting pie inside of the ice cream.

Last week, the Ohio-based company announced the return of Elena’s Blueberry Pie, a rich ice cream that incorporates not only fresh blueberries, but real chunks of pie crust as well.

The seasonal flavor is made using the French pot process that Graeter’s has become well-known for. This technique, which they’ve utilized since the late 1800s, results in an ice cream with less incorporated air, meaning a denser product with a rich mouthful.

And not only is this seasonal treat delicious, it also benefits a great cause.

Named in memory of Elena, a pediatric cancer patient, this flavor is released each September and a portion of its proceeds are donated to The Cure Starts NOW.

Elena’s Blueberry Pie can be found at Graeter’s scoop shops, as well as supermarkets and other retailers throughout Columbus.

If you like this, read: Cool down with these ice cream sandwiches