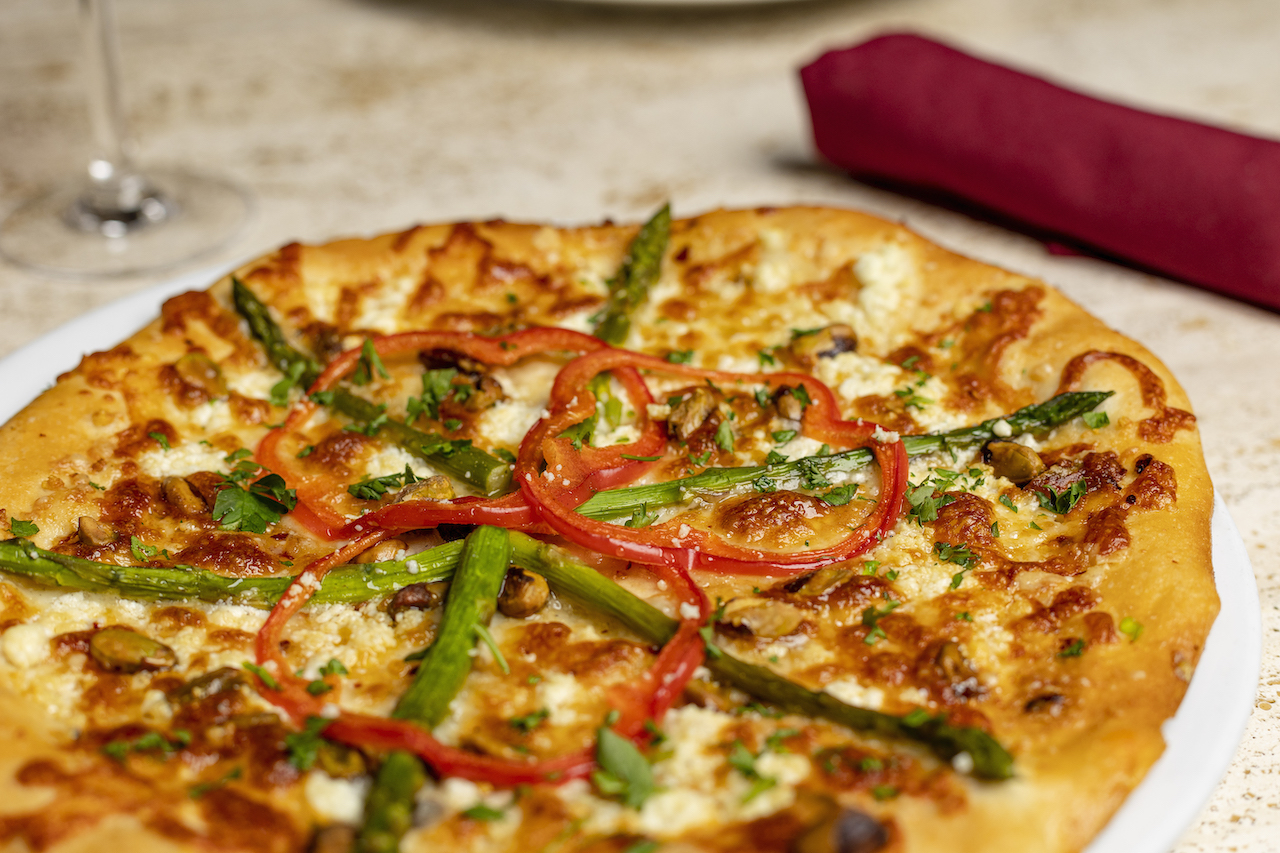 A deep dive into the gourmet side of Columbus’ pie scene

Before Figlio came to Grandview in 1991, gourmet, wood-fired pizza was a food trend still confined to the coasts. Laurie and Peter Daniels, founders of Figlio, decided to change that.

“Prior to the early 2000s, Columbus was about 10 years behind places like New York and LA with food trends,” said Jim Ellison, author of Columbus Pizza: A Slice of History. “Gourmet wood-fired pizza started in California in the 80s, but it was Figlio in the early 90s that really brought it to Columbus.”

Figlio may have started the gourmet pizza craze here, but Columbus is now host to a variety of gourmet pizza outfits that approach their pies creatively and with an emphasis on quality, local ingredients.

While Nick Gore, who opened GoreMade Pizza in Italian Village in 2016, doesn’t technically consider his pies to be gourmet (although we sure do), he believes that wood-fired ovens are indispensable tools in the creation of quality pizza.

“I think of them as the engine,” he said. “And part of the way we’re imparting flavor has to do with how rapidly things cook. This means the ingredients that you put on top get cooked, but they don’t dry out.”

But gourmet quality certainly doesn’t stop with the oven. Daniels believes gourmet is a mindset, a different way of approaching food altogether. “Gourmet pizza, for us, is really just a canvas. We want to take the foods we truly enjoy eating and convert them into pizzas.”

This idea is brought to life in their roasted pistachio and goat cheese pizza (which also contains asparagus, red bell peppers, and honey).

“After spending some time in France, we would see the locals drizzle honey onto their goat cheese. So that’s what we did on a pizza,” Daniels said.

And like all great dishes, gourmet pizza has to begin with top-notch ingredients.

As its name suggests, Harvest Pizzeria considers ingredient quality and sourcing essential to its operation.

When its first location launched in 2011, Harvest founder Chris Crader made a point to personally ensure the quality of his ingredients, and would even forage his own. As Harvest has scaled, Crader makes sure to work closely with every farm involved. And while it’s not him doing the picking anymore, the eatery still relies on foraged items as well, such as mushrooms. The foraged finds are featured in one of their most beloved pies, simply known as Mushroom Pizza, featuring a seasonal variety of nearby Athens County mushrooms.

While choosing  local purveyors offers premium quality, the practice  also gives Columbus pizza-makers the ability to support their communities, an ethos that has become tied to gourmet food.

“We care very much, not just about the product we put out but about how we take care of our staff and our sources,” Crader said. “I’m a big believer in ‘you are what you eat’. I look at food as a way to better your life and your community.”

And he’s not alone. GoreMade also supports not only a handful of local farmers (including Three Creeks Produce and Front Axle Farm), but Columbus businesses as well, sourcing meats from Grandview’s Butcher & Grocer and seasonings from North Market spices.

One of Crader’s most beloved pies, Under a Sun That Has Seen it All Before (which is made as a chef’s special and not on the formal menu), puts all of these on display. It features a seasonal butternut squash sauce, pepperoni, bacon, caramelized onion, feta, peppadew, and red onion, topped with a balsamic reduction.

“It’s about using the resources around us and being productive and supportive of the network of the food we have, and making sure that what we’re spending our money on, we want there to be more of,” Gore said. “I wanted to make sure that was the premise when I was creating a business. If we couldn’t use food as a medium to showcase local, sustainable things, and to create with what’s in front of us, I wouldn’t have opened one at all.”