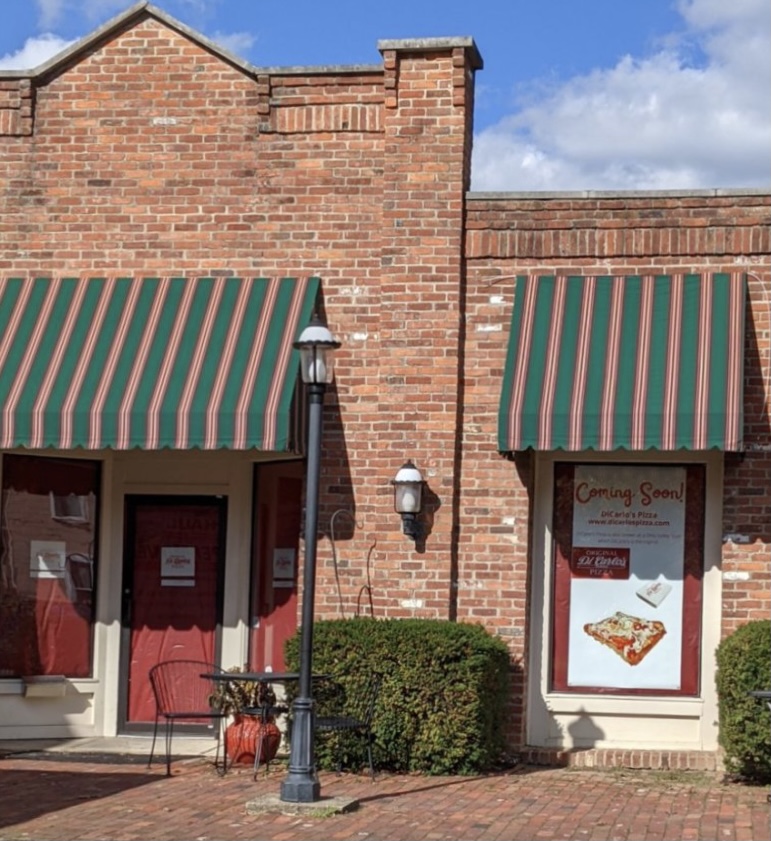 DiCarlo’s Pizza is coming to uptown Westerville. Starting in 1945 in Steubenville, the iconic pizza spot, which features a handful of unmelted cheese on top of its pies, will be opening its third location in the greater Columbus area.

The new DiCarlo’s, which is a franchise, will be located at 20 S. State St. in Westerville, just south of Main Street. It will likely be opening in January of 2022.

Franchisee Michael Carlson, a native of the Ohio Valley, grew up eating the iconic pizza. Naturally DiCarlo’s was the first place he called when he and his wife Sarah Carlson decided to open their own pizzeria.

“Like all the DiCarlo’s fans out there, I crave this pizza,” he said. “I live in Westerville, and my wife and I would take an hour road trip to go to Hilliard and get their pizza.”

The Carlsons will also be opening an event space next door called The Ria Room that will cater to birthdays and family functions, and can hold up to 60 people at a time.

He noted the new DiCarlo’s space, at roughly 700 square feet, will feel most similar to their Italian Village location in Columbus. “It’s small, but we will have an open-air kitchen, so customers can see everything that’s going on inside,” Carlson said. “We’ll also have a pizza oven delivered from Italy and a bright red mixer.”

The new Westerville location will be only the second DiCarlo’s that sells alcohol, according to Carlson, as it’s located within Westerville’s Designated Outdoor Refreshment Area.

According to Anna DiCarlo (the niece of founder Primo DiCarlo) her son Nick, who is crafting a mural to adorn the side of the pizzeria’s Hilliard location, may choose to create murals for other local DiCarlo’s eateries as well.

If you like this, read: Sexton’s opens new pizza drive-thru in Gahanna