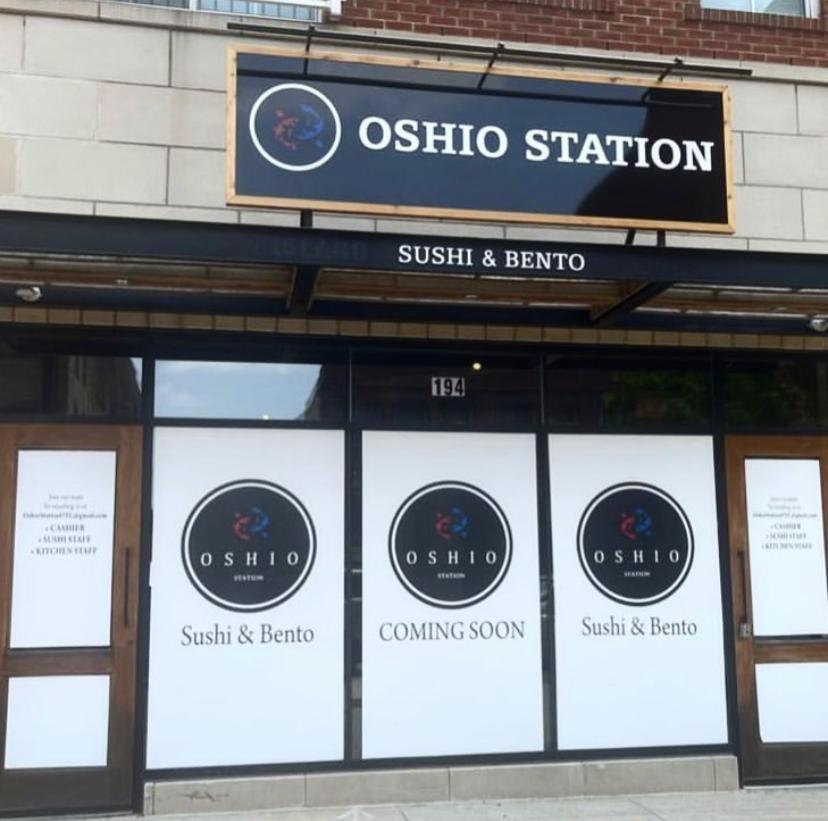 A grab-and-go version of Oshio—a contemporary sushi kitchen based in Grandview—will be holding its soft opening downtown today.

While still boasting a wide variety of options, including appetizers, sushi rolls, and bento boxes, the Oshio Station menu will be more concise than Oshio’s, in order to facilitate faster service. It will, however, still offer interesting menu items not for sale at Oshio, such as their line of cup ramens.

According to owner Daniel Kim, one of Oshio Station’s signature items will be its sushi panini, which features a crispy rice patty with avocado and your choice of spicy crab, spicy tuna, or spicy salmon.

Several items, such as the sushi panini, will not be available during today’s soft opening. Kim says once the eatery can begin offering its full menu, it will likely hold an official grand opening. It will operate with a limited menu until then.

To keep things streamlined, the fast-casual spot does not contain any indoor dining space, although Oshio Station is hoping to open outdoor seating while the weather still allows.

Kim also hopes to open additional Oshio Station locations in the future, although there’s currently no timeline in place for these.

If you like this, read: Kintsugi Sushi Bar opens at North Market Bridge Park