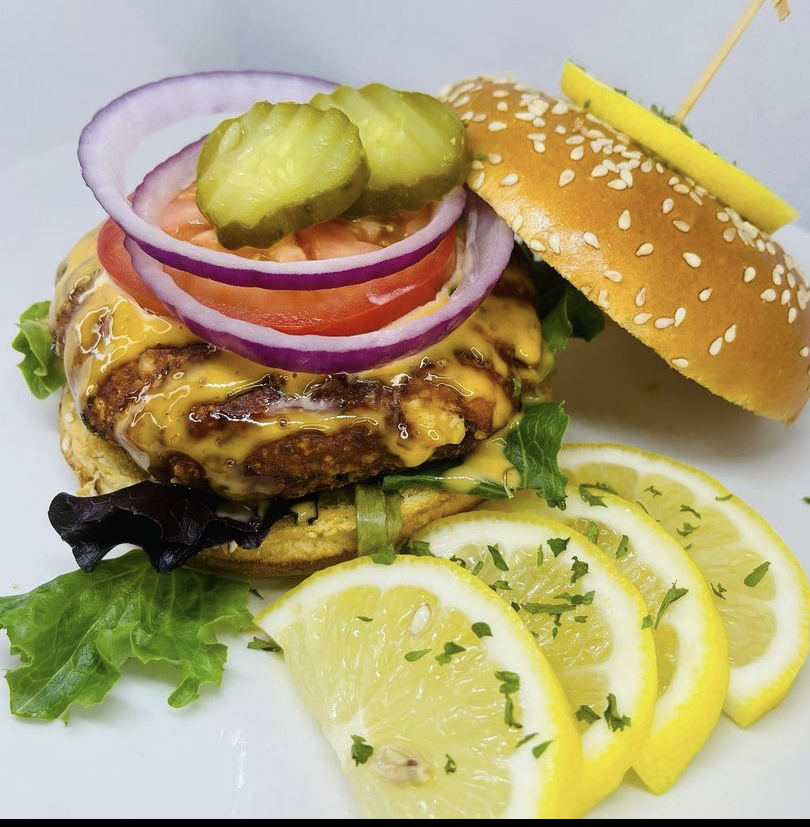 Exactly one week from today, FishBurger will open on the city’s Southeast side.

The eatery began as a food truck launched by Randy Keyes after he lost his job in early 2019. Later, Columbus rapper and producer Demetrius Howard, known as Soop, signed on as Keyes’ business partner, and the two decided to launch their very first brick and mortar space.

Located at 1808 E. Livingston Ave., the spot will have its grand opening on Oct. 22, according to Keyes.

For the first time ever, fans and newcomers alike will be able to grab a FishBurger from a physical storefront.

In case you haven’t already guessed, the spot’s signature dish is just as unique as the businesses’ backstory. It features fresh salmon that’s skinned, ground, and fried to perfection. The dish is served with lettuce, tomato, onion, pickle, and their signature Drip Sauce.

For the less-adventurous eater, Keyes and Soop also offer a BurgerBurger, a classic hamburger using beef brisket, and several chicken items, such as their Nashville Hot Chicken Sandwich.

If you like this, read: Fried lobster meets grilled beef in the massive new Easton Burger