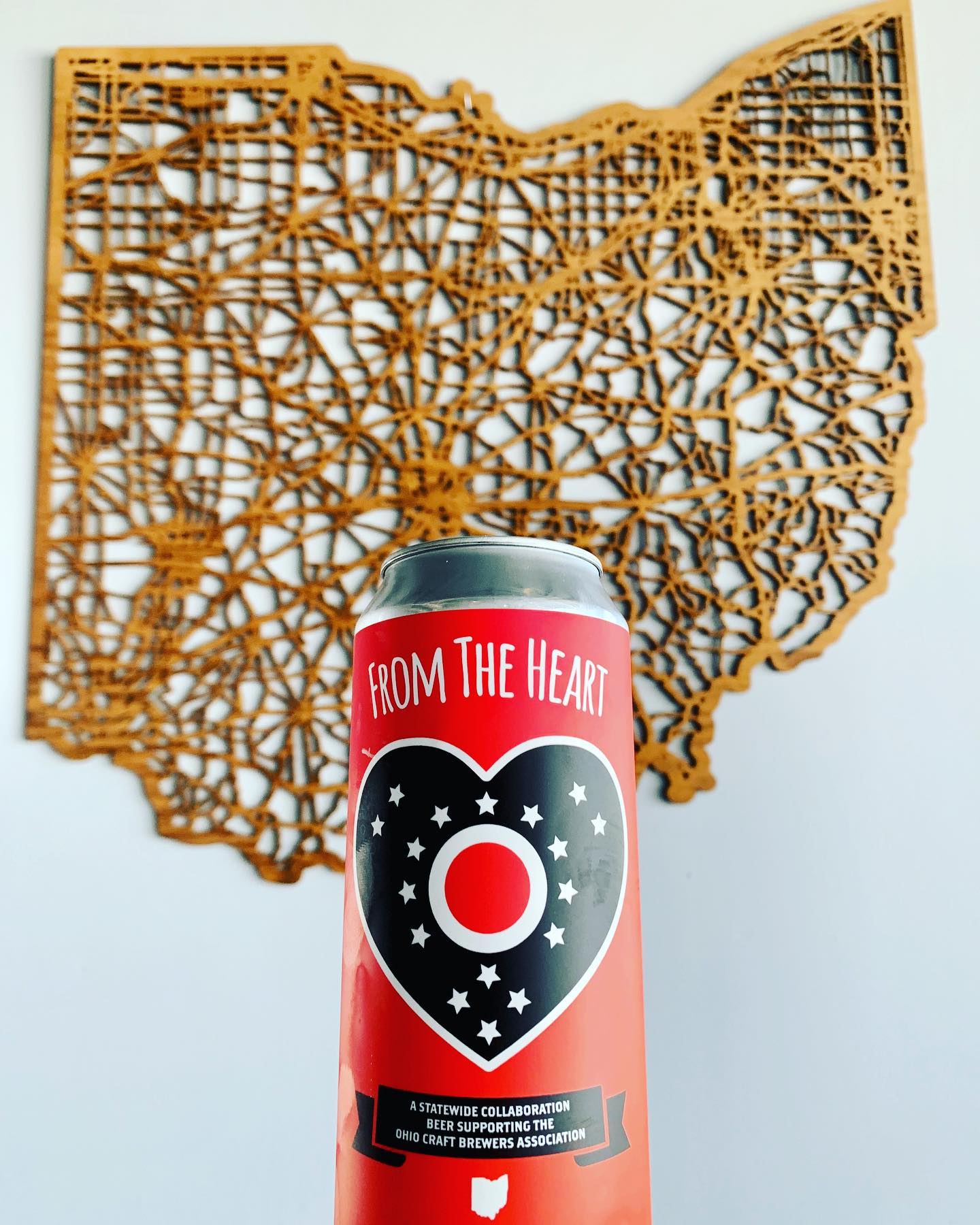 For the next few weeks, you’re likely to see the same can art—a red label surrounding a black heart with white text that reads “From The Heart” at the top—from breweries across not only Columbus but the state of Ohio.

And while at a glance they all might look like the same thing, there are over 70 different versions of this beer floating around the state, with many of those coming from breweries right here in Columbus.

“Due to COVID-19 we’ve had to cancel our four major fundraising events so far since the spring of 2020, and that’s a pretty significant hit to our budget, so we started looking at other non-event fundraisers,” said Justin Hemminger, Deputy Director of the Ohio Craft Brewing Association.

And thus, the From the Heart collaboration fundraiser was born. OCBA received large-scale donations of pale ale or IPA ingredients (depending on how they’re used), including Idaho-7 and Amarillo hops, as well as C-60 and Munich malts from Origin Malt and Great Western Malting Co., respectively.

To support OCBA, Ohio breweries are buying these ingredients from the organization to create their own riffs on From the Heart. And even though the base ingredients are the same across each beer, there’s still plenty of variety to go around.

“There’s the base recipe that the participating brewers use and riff off of, but each brewery is going to have a different house yeast and base malt, so that alone means each beer will turn out differently,” Hemminger said. And this isn’t even accounting for differences in brewing practices and techniques.

In fact, you can catch noticeable variances between batches just within Columbus.

For example, where Parsons North is putting a lighter pale ale that falls in the 6% ABV range, Combustion Brewing is launching a bright, tropical full-fledged IPA that clocks in at 6.6%. And while the hops are the stars of the show in these brews, Powell-based beermakers Nocterra have created a version of the beer that’s actually defined more by its malt.

“Usually when you talk IPAs, you focus on the hops. But we think our new “From the Heart” IPA is differentiated from our other IPAs by the malted barley,” the brewery said in a social media post. “When you try our new beer,  look for bready flavors and a subtle caramel sweetness (…that’s the malt!) to balance out the earthy bitterness of the hops.”

So this weekend if you’re stopping to pick up a six pack, make sure to reach for that red can. You can find this beer from other local breweries like Spires Social, Gemut, Ill Mannered, and many more.

If you like this, read Pucker Up: Welcome to the sour beer powerhouse