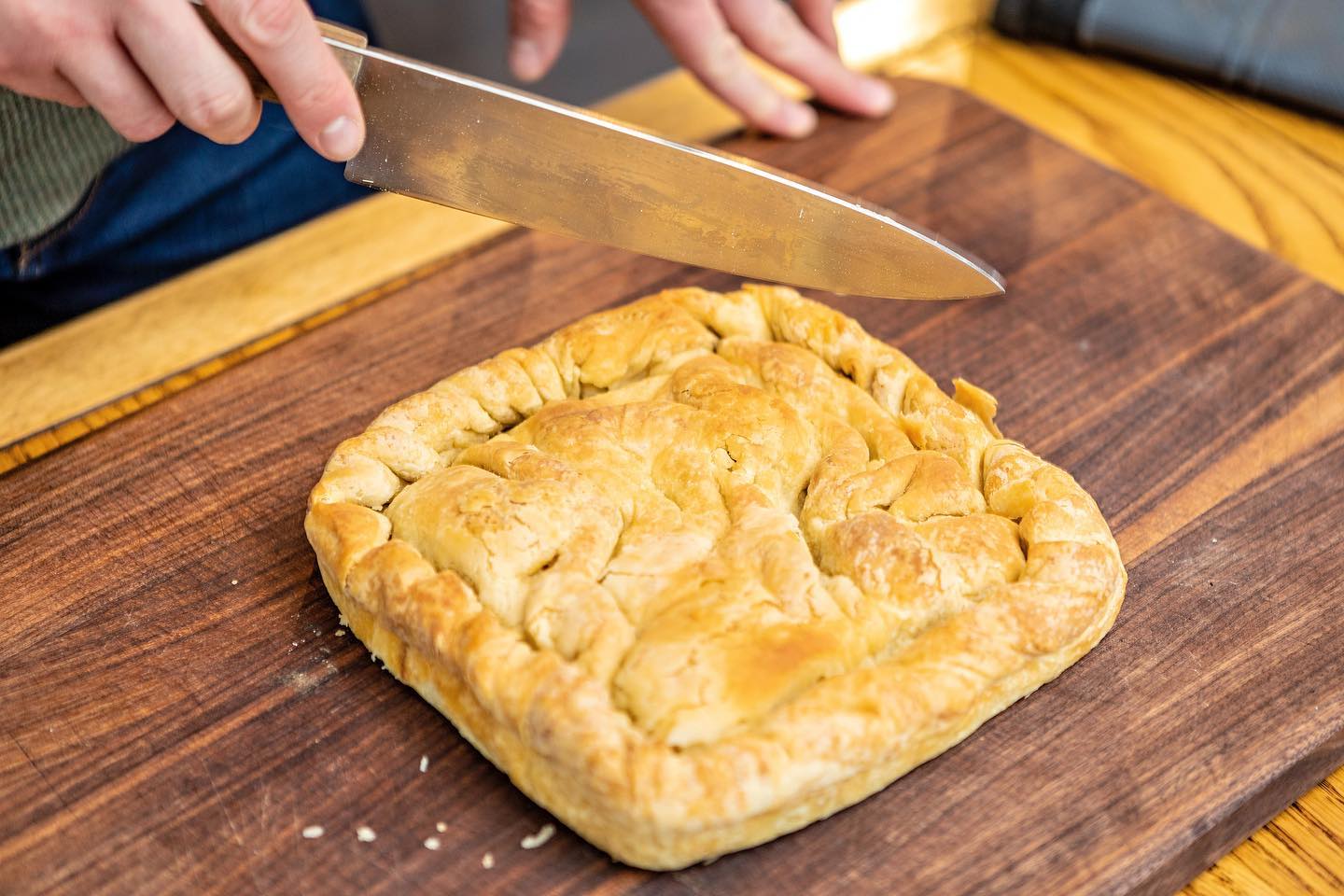 One Columbus cook has the chance to share his culinary journey with a national audience.

The entire readership of “Bon Appetit” could learn about Ryan Miller and his own version of the zelnik—a savory, decadent Macedonian pastry traditionally stuffed with pan-fried leek, egg, and cheese.

Miller launched his delivery-only eatery (named Zelnik for the dish) last year, and after gaining a following in Columbus, he was recently selected to compete in an international contest hosted by Favorite Chef. A winner is selected through a voting system in which users can submit one vote for the restaurant of their choice daily. You can vote for Zelnik here.

Should Miller take the top prize, he plans to use the money to travel to Macedonia, where he’ll perfect his own preparation of ajvar, a traditional Macdeonian condiment that Miller believes is the perfect pairing with his zelnik.

While Miller offers ajvar with many of his pastries today, it’s a premade variety imported from Europe. While he would prefer to make his own, there’s one major barrier in his way: ingredients. Ajvar is crafted from the ajvarski pepper, a unique pepper species endemic to Macedonia.

“I’ve tried to make my own using red bell peppers, and it just wasn’t the same,” Miller said, noting he also aims to eventually cultivate the pepper in Columbus. “I would love to visit Macedonia for an extensive time to learn all there is to know about growing the Ajvarski and making Ajvar so that I may bring that tradition to the United States, hereby spreading more knowledge about Macedonian culture along the way.”

And while $20,000 is nothing to scoff at, for Miller the prize money isn’t even the most coveted reward. The exposure for his business would serve as an unparalleled launching-point for Zelnik.

“It would bring just nationwide exposure, and that’s so important,” Miller said. “I have plans to eventually ship zelnik across the country; I want to experiment with shipping that over dry ice, and this could lay the foundation to roll out that project,” he said.