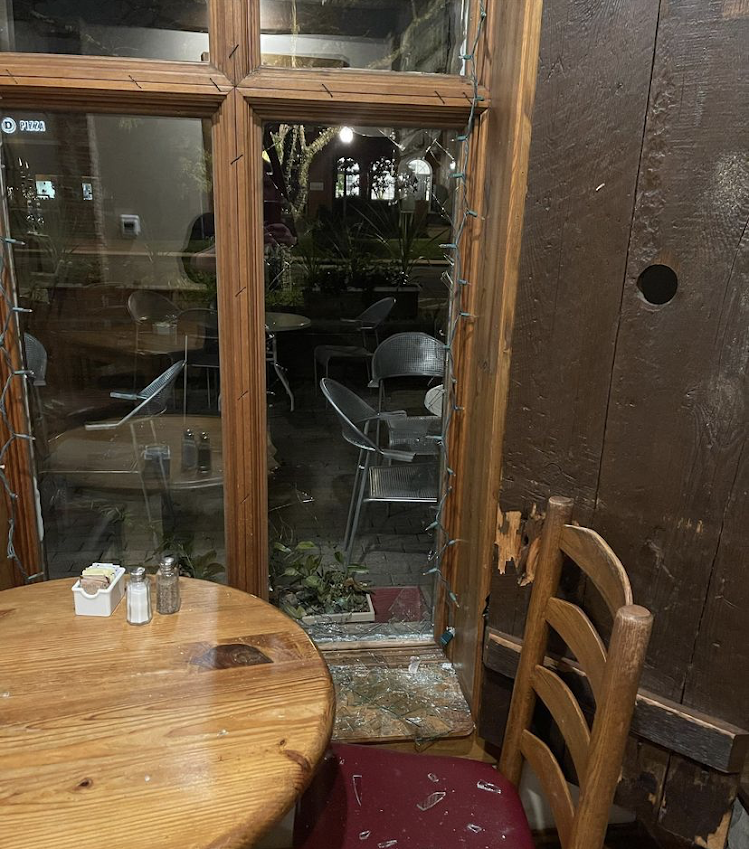 In the early morning hours of Oct. 27, the Worthington location of La Chatelaine French Bakery & Bistro was robbed.

Pictures posted to their Instagram depict a shattered window on the ground floor, where it appears the perpetrators entered, alongside numerous shards of glass strewn across the restaurant’s interior.

According to the post, the store was left “a mess”, and many pieces of restaurant equipment were either broken or stolen.

La Chatelaine noted that the Worthington Police were contacted.

“It’s a sick world!” the eatery, known for its French-inspired baked goods and cafe fare, posted.

While their Worthington location will be open today, the section of the restaurant that was broken into will be closed off.

The eatery was not able to be reached for further comment.