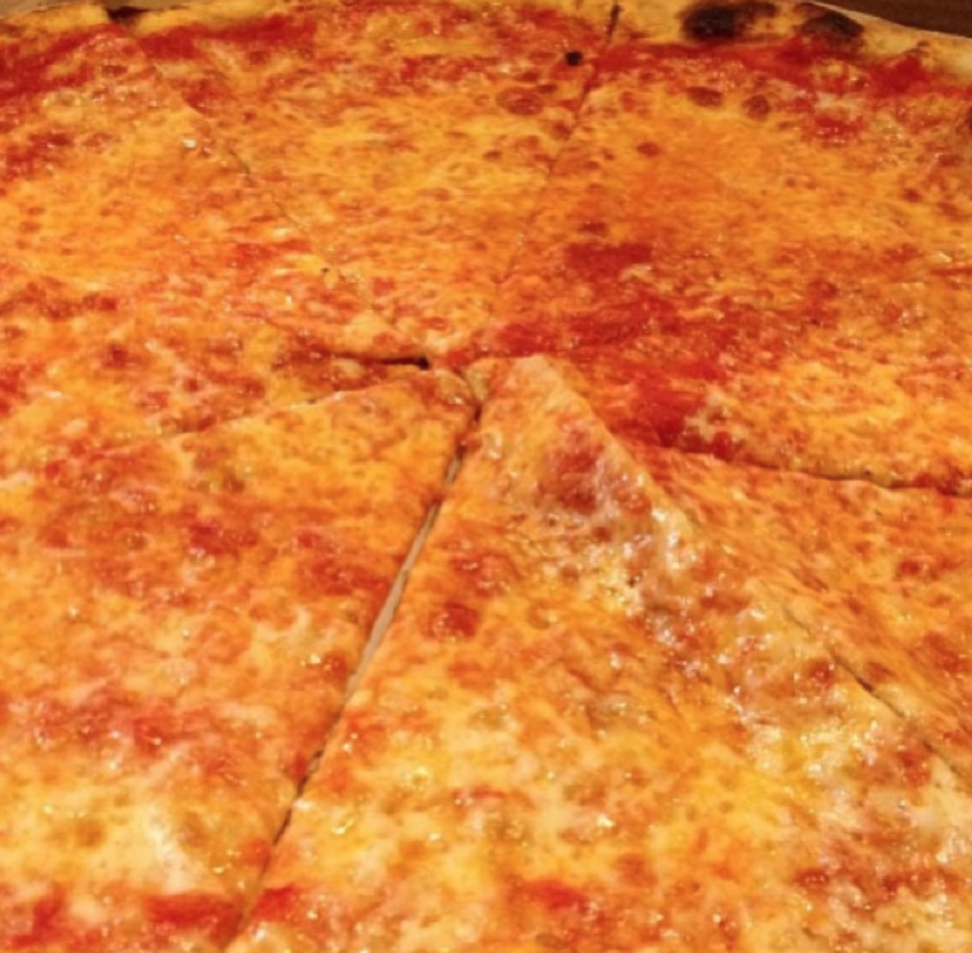 “I wanted to make pizza for my daughters, so I made Chef Boyardee pizza and thought it was horrible,” the Newark resident said.

Ten months later, Hrebluk has learned a thing or two. His homemade pizza has become so popular that although he runs a concrete company, Hrebluk is looking for a food truck to turn his newfound hobby into a second business: Circles & Squares Pizza Co.

“In a perfect world, I would like to continue making pizzas along with my concrete company and get my family into the pizza thing so we can turn it into a family operation,” Hrebluk said.

For now, those interested in trying his pies can inquire via his Facebook pizza page. Hrebluk only accepts donations for his pies, enabling him to pay for more ingredients and other costs associated with the pizza making process. Within the last few weeks, he’s received hundreds and hundreds of requests for pizza. He’s since made a list to keep track of it all.

“In all honesty, I have no idea what I’m doing,” Hrebluk said. “I’m just going with the flow. I’m a concrete guy, not a pizza maker, but I’m fascinated with making the pizzas, and people seem to like my creations.”

Hrebluk makes his pizza at his home in a kitchen he set up in his Florida room. He uses a small commercial electric pizza oven and a second gas pizza oven to finish off the pies at a high temperature.

“It’s actually a cool little setup,” he said. “[It] has everything [a] small pizza shop would have.”

His New York City thin-crust pies are 16 inches, and they’re inspired by the memories he has of growing up on the traditional cheese slices in the Big Apple. He also has started doing a deep-dish, Detroit-style pie with a thicker crust and a caramelized cheese edge. He makes his own tomato sauce and his own dough.

Hrebluk has dreams of someday having an old-school, mom-and-pop pizza shop like those in New York City, complete with the white Subway tiles on the walls and old plastic menu boards.

For now, he said he’s going to see where his pie-making popularity takes him.