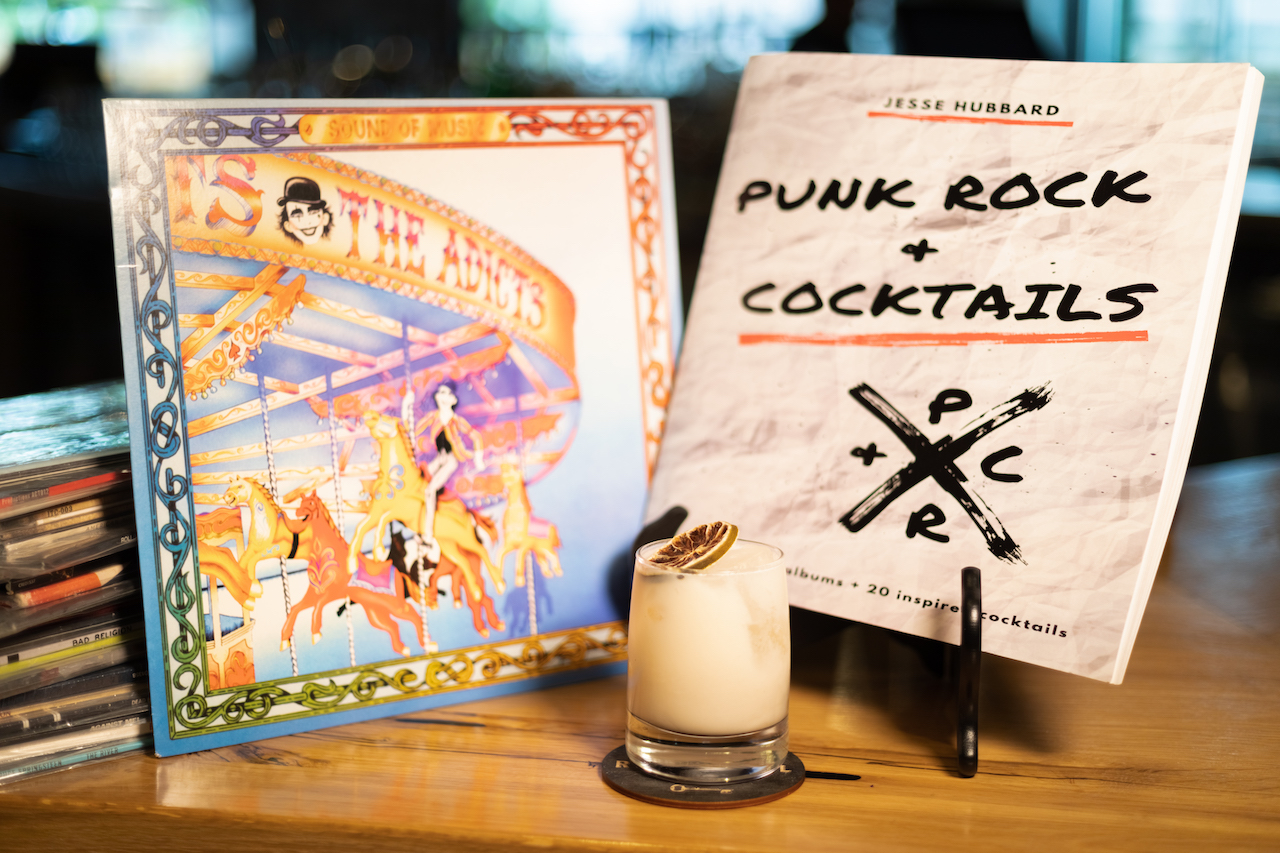 When Henry Rollins—the famously angry and hulk-strong singer of the iconic punk band Black Flag (among many others)—tells you to do something, you should probably do it.

So when Columbus bartender Jesse Hubbard, a life-long fan of all things punk rock, corresponded personally with Rollins over email in early 2020, he made sure to listen closely.

Hubbard, the bar lead at Rye River Social, was able to get in touch with Rollins, as well as many other huge names in the punk scene, not because of music, but because of cocktails.

Hubbard’s the author of Punk Rock + Cocktails, a book for which he created 20 different original cocktails based on 20 of his absolute favorite punk rock albums.

To start the process, he reached out to every band to explain what he was doing, and also to ask for their permission. And guess who got back to him right away?

“Believe it or not, the first person I heard back from was Henry Rollins. Not his manager, not his bandmate, Henry Rollins himself,” Hubbard said. “I remember he said to me, ‘Hey man, I think that’s an awesome idea, go for it, but just so you know, you don’t even ask for permission. I write books all the time and I never do.’ And I was like, yeah, but you’re Henry Rollins, you can do whatever you want.”

“I tried to capture the essence, the energy of these records that mean so much to me. I wanted to do them justice and pay tribute the best way I know how,” Hubbard said. “ And what do I do? I’m a barman, so I made cocktails to honor them.”

The book, which also features vignettes from Hubbard about his own memories of each band and why they’re meaningful to him, covers nearly 80 pages. It features everything from a bourbon, brown sugar syrup cocktail with smoked applewood for Hot Water Music’s “Caution,” to a bright, fruit-forward drink with brandy, rum, pomegranate liquor, peach puree, and pineapple juice for the fast, fun ska album “Hello Rockview” from Less Than Jake.

And while nearly every band he talked with was supportive (excited even), there were still a few punk-specific hurdles that needed to be cleared. First and foremost was the fact that so many classic punk groups identify as straight-edge, meaning they abstain from all drugs and alcohol.

But just like a crafty bartender might switch out top-shelf vodka for the cheap stuff in a drink, Hubbard was able to navigate these situations.

“I was talking to Minor Threat, their management group, and the band is notoriously straightedge. They told me they were a little bit nervous about the whole thing at first,” he said. “So we talked about it and eventually we settled on making a low-proof [low ABV] cocktail for them.”

With a volume II currently in the works, Hubbard today finds himself in an interesting (and enviable) position. He’s too modest to use this term himself, but he’s become something of the official punk rock cocktail guy.

One of the bands in his book, the Menzingers, made their drink from “Punk Rock + Cocktails” in a video that was posted to their official Instagram account. He was also contacted by the former drummer of Less Than Jake, who’s forming a ska supergroup called The Inevitables. They’re releasing a surf-themed album later this year and asked him to make a cocktail that will be featured in its insert.

Ultimately, though, Hubbard doesn’t care all that much about the recognition. Sure, it’s fun, he said, but more than anything he’s just glad for the chance to really feel like a part of the punk scene he’s loved and been a part of his whole life, and for the chance to express himself the best way he knows how.

“Listen, I’m a terrible musician. I’m a failed guitarist, but this has done so much for me. I can live out my rockstar dreams through my book now,” he said with a laugh.