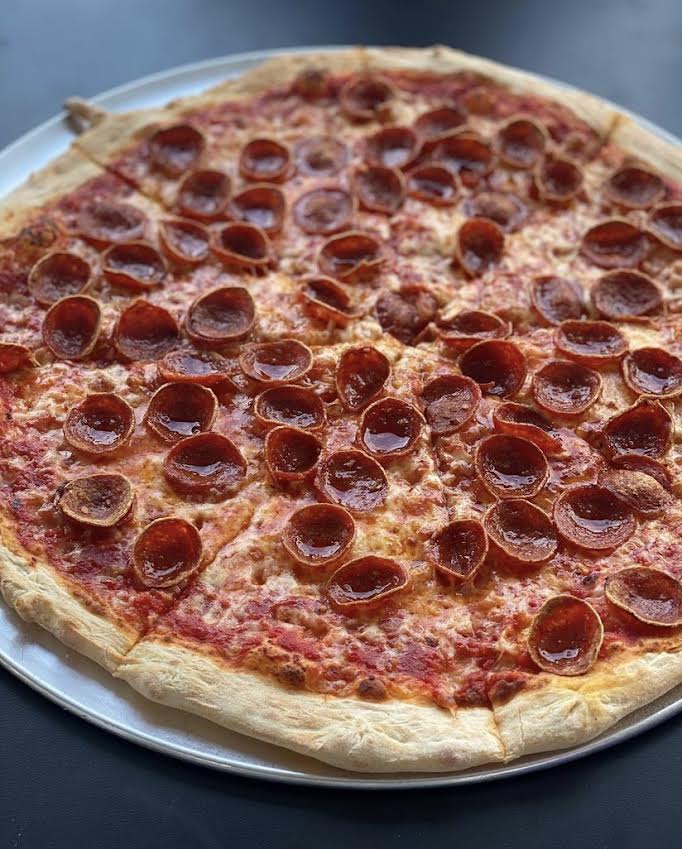 While we’re big fans of Columbus-style pizza here at (614), we do also go for a good New York-style pie from time to time when the option is available.

And for Clintonville diners, that option is available.

The second location of Papa Giorgio’s, located at 3027 Indianola Ave., has been serving up its original take on East Coast pizza at the new spot since early September.

According to owner Jim Douglas, Papa Giorgio’s serves what most would consider New York style pie, but there are a few differences he believes sets his apart.

“We have a very special crust. It’s firm, but light; I’m not going to call it thin,” he said. “A lot of people try to cover up their crust with cheese or toppings, but we don’t. I haven’t found a comparable crust yet.”

While the eatery’s most popular pie is pepperoni, according to Douglas, many opt for cheese to let the clarity and simplicity of ingredients shine through.

“A lot of people don’t want anything extra,” he said.

Douglas noted Papa Giorgio’s has a variety of speciality pies, including a house favorite made sans red sauce with garlic, tomato, and basil.

If you like this, read: Popular wood-fired pizza restaurant opens Easton location