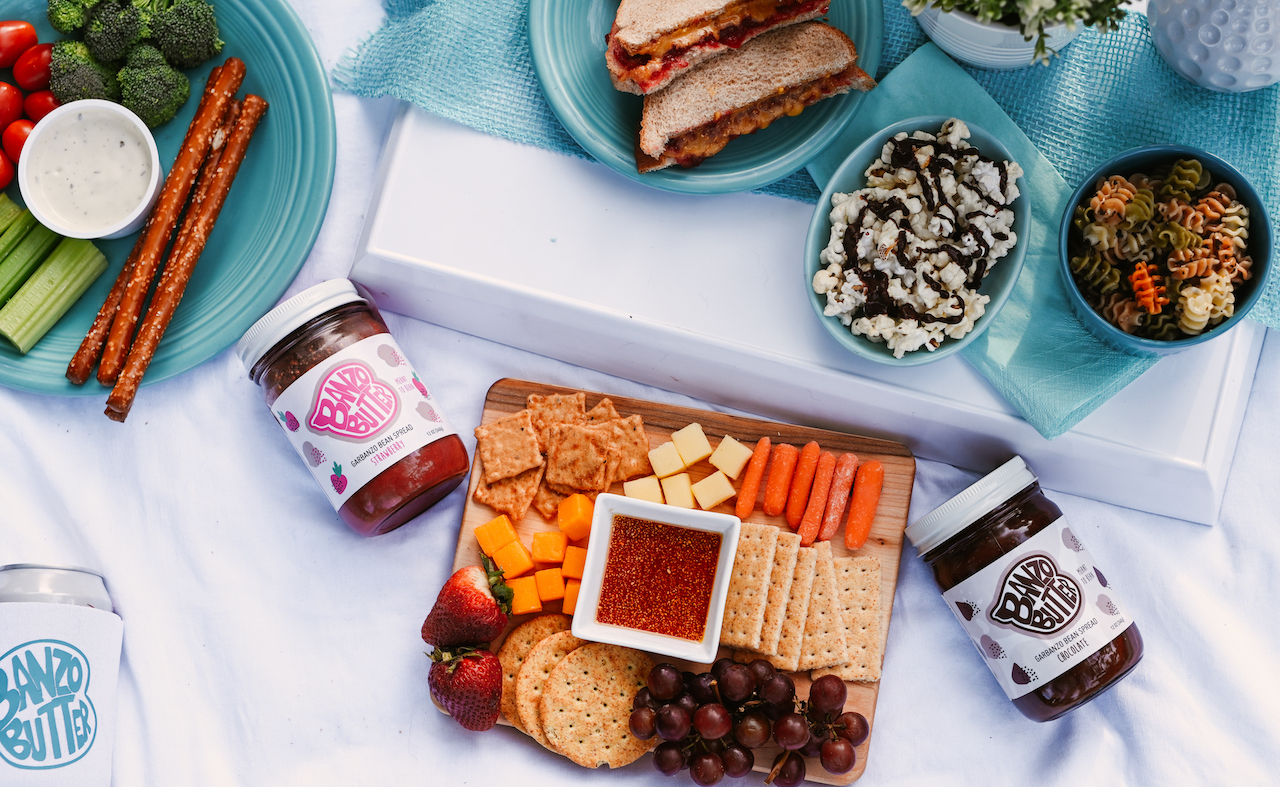 Science is to thank for Banzo Butter’s beginnings.

The spreadable snack made from garbanzo beans had its origins in a national competition that founder Amy Andes entered as a Northeastern University undergrad. She and her team were tasked with crafting a top-flight snack food, and initially created a wafer cookie using garbanzo bean flour with a garbanzo bean fudge center.

“The thing was, the fudge was the good part, the middle. Not the cookies,” said Andes, who this year received her doctorate degree in Food Science and Technology from the Ohio State University.

It was this observation that eventually led to the creation of Banzo Butter as we know it today, after Andes branched off on her own in 2019.

Banzo Butter mimicks the texture and richness of your favorite nut butters (peanut butter likely being the most popular), all while remaining plant-based and free of most major allergens.

“I’m super passionate about this cause, creating for people with food allergies,” said Andes. “I’m not affected by them, but that doesn’t mean people who are can’t have good options.”

The spread (which comes in three flavors) is protein- and fiber-rich, making a delicious and allergy-conscious replacement for spreads like Nutella or peanut butter. Banzo’s original flavor strikes a balance between savory and sweet; Strawberry (billed as the first ever jam-butter combination) contains real fruit; and Chocolate captures the texture and taste of treats like brownie batter.

“My friends and I eat chocolate right off the spoon, but it also goes great on ice cream and cookie dough,” Andes said.

While her strawberry flavor makes an excellent topping for pancakes or an interesting jam replacement, Andes recommends creating a “GB and J” with the original butter and your choice of jelly.

“You won’t be able to tell the difference,” she said.

But like most good things, Banzo Butter didn’t come easy, at least not at first. The product’s final recipe was the result of the tireless testing of ingredients. And while Banzo now operates out of a rented commercial kitchen space, much of the early recipe tweaking was done in the 100-square foot kitchen space in Ande’s apartment.

“For the first five months, I knew what ingredients I needed, but broadly. So it really came down to me buying a ton of different ones. I spent months in that tiny kitchen,” Andes said. “I would sometimes open a package and know immediately, from the smell, that it wouldn’t work. I even tasted spoonfuls of cocoa powder to find the right one.”

While we’ll have to wait to get our hands on Banzo Butter, it likely won’t be for long. As a student, Andes was only able to put out limited sales runs of the product, but now with a finance partner on board and her student work behind her, Andes is ready to deliver another round of sales this summer, and hopes to have all three flavors in stock perpetually in the near future.

“You know, I have a ton of friends with food allergies, and it’s something that most people don’t talk about unless they’re with family,” Andes said. “Which is terrible. It really opened my eyes and made me really passionate about this; this is what Banzo Butter is for.”

If you like this, read: Don’t sleep on this local P.B. out later this month