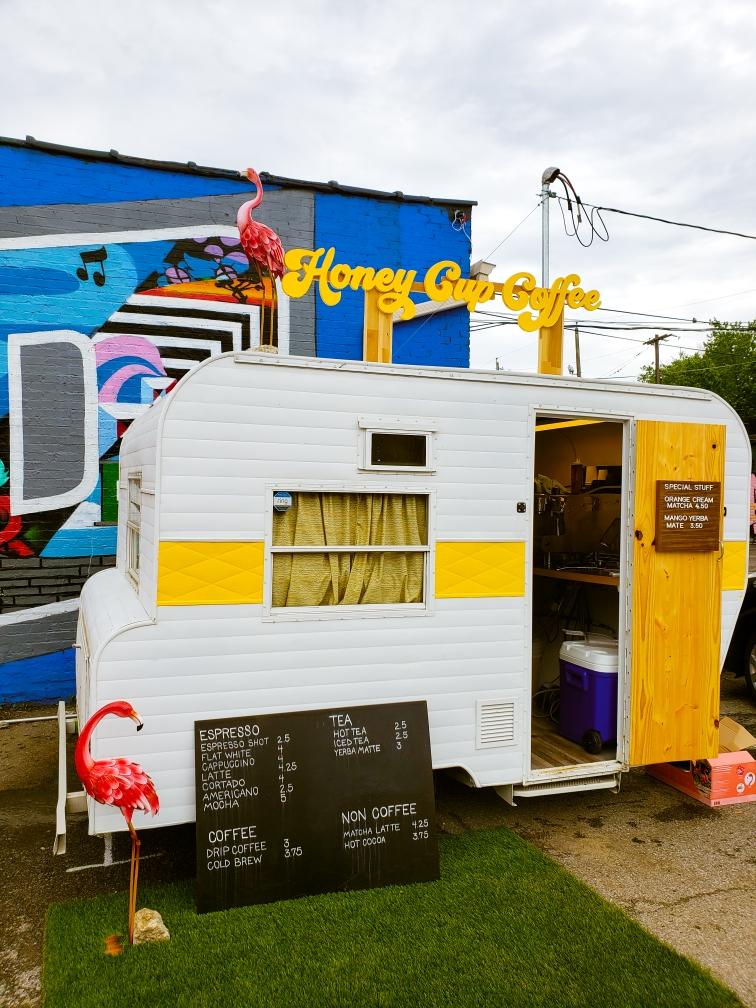 See when Quarry Trails Metro Park will open to the public

What do great coffee and a refurbished 1960s camper have in common?

Until Honey Cup Coffee Company opened on the corner of Summit and Hudson streets at the end of May, the answer to that question would have been nothing at all.

But now, you can grab an expertly-crafted espresso or latte served in style from the retro vehicle.

Honey Cup Coffee is the brainchild of Joel McPeak, an OSU business grad, longtime barista, and former carpenter. And as it turns out, serving top-tier coffee out of an old camper was a way he found to put all of his skills to use at the same time.

“I was crunching the numbers and knew I wanted to find something mobile. And there was someone in Sugarcreek selling this camper,” said McPeak, noting that this is when his carpentry experience came in handy.

After finding a temporary home for the vehicle in his parents’ driveway, over a six month period he personally revamped it into the retro-chic RV it is today

And for McPeak, the camper adds more than just a visual element to Honey Cup. It allows customers to get up close and personal with him and the coffee-making process, creating an experience you simply can’t get at most neighborhood cafes.

Honey Cup sources all of its beans from the longtime Columbus coffee purveyor Brioso (where McPeak formerly worked) to ensure quality. And while the menu isn’t extensive—McPeak offers coffee plus the “core drinks” such as lattes, Americanos, and espresso—the new SoHud spot plans to regularly sell a rotating pair of specialty drinks as well.

Currently available is their Orange Macha (which McPeak refers to as an orange push pop-flavored drink for adults) and a Mango Yerba Mate, a refreshing, fruit-forward take on the traditional South American drink that’s becoming more and more popular elsewhere.

And while Honey Cup eventually plans to move into Lovebirds (a bar and music venue slated for 367 E. Hudson St.) when it opens later this year, the camper will likely go mobile to offer drinks at different locations.

“I’ve lived in SoHud for seven years, and the one thing we were lacking after Baba’s closed down was a place for coffee,” McPeak said. “When it’s your community it just means that much more, you want to see what you can do for people, you want to keep up those connections.”

If you like this, read: Hot Coffee: Columbus local creates a hot sauce for your morning cup o’ joe