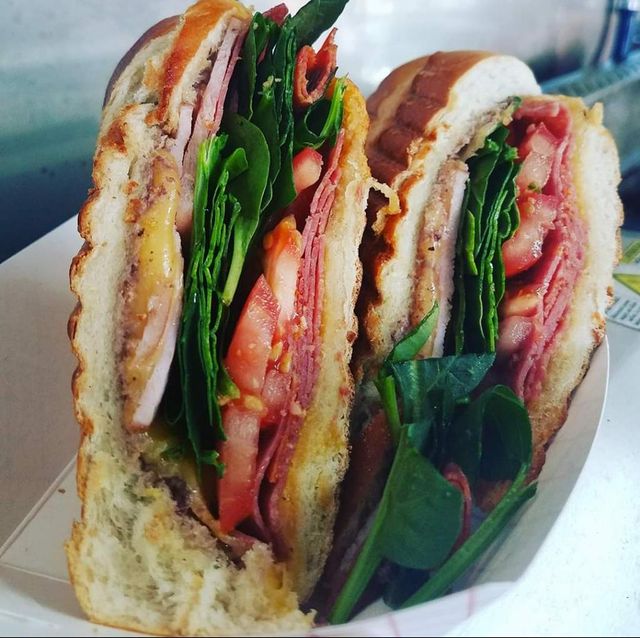 One of the city’s favorite sandwich food trucks is moving into its first-ever restaurant space. And that space just so happens to be inside of a taproom.

Moody Trudy’s, which has been serving pressed sandwiches to the Columbus area since 2017, will move into the BrewDog Short North taproom, occupying the former Brown Bag Deli space. Both BrewDog and Moody Trudy’ will have their own entrance and signage. The taproom will function as a split space (as it did with Brown Bag Deli). BrewDog will still be able to serve Trudy’s food to their customers, though.

Moody Trudy’s is aiming for an Aug, 1 opening with an official grand opening event later in the month, although these could be pushed back slightly.

“My food truck was very successful, and over the years I built a great customer base,” said owner Trudy King. “But I just didn’t have anything to show from it; I just could not make money off of it. But now with Brewdog, I’m in a great place to provide for my family.”

And even with financial reasons aside, King believes the move to BrewDog and a standalone kitchen was the right one for Moody Trudy’s.

“I’ve always told people that our food is better suited for a restaurant than a food truck,” she said. “We have larger portions and they’re made to order, so keeping all the stock we need in a truck is difficult. And sometimes because of this it takes a little longer, and I think people expect food from food trucks to slide right out.”

In order to acclimate to the new space, Trudy’s will be offering a more concise menu, but it will still feature favorites like The Wisconsite (their next-level grilled cheese with multiple varieties), The Birdin (rotisserie chicken with cream cheese, mayo and herb shmear, muenster cheese, and hot sauce), and their Veggie sandwich.

And you can’t open a restaurant space without something new and fun on the menu, right? Moody Trudy’s plans to introduce a charcuterie board filled with a constant rotation of the best local meats and cheeses in two sizes: Paulus (Latin for small or humble) and Beluga (Latin for beast, monster, or brute).

“It feels liberating to be here,” King said of the new space. “It took me a long time to realize I’m actually really good at this, and it’s nice to know I might finally be getting the audience I think I deserve.”

If you like this, read: A new Cameron Mitchell restaurant is coming to the Short North in August